Despite dominating in a post-boom British Touring Car Championship era, the record-breaking Vauxhall Astra Coupe isn't given the credit it deserves. MATT KEW argues its competition and outside events shouldn't be used dent its standing

Super Touring - the two words in tin-top racing that bring out the rose-tinted lenses quicker than any other. That's for good reason, too. The engines were brilliant two-litre screamers and the manufacturer interest in the British Touring Car Championship in the late 1990s lavished a national series with global appeal.

However, the faults were apparent. For one, the independent teams were downtrodden. The tyres and engines that graced the factory machines enjoyed a competitive edge over the privateer kit. It was the "chosen few" that got received the gold-standard of equipment, recalls 30-year BTCC stalwart Matt Neal.

The overriding and ultimately terminal flaw with the Super Tourers, though, was the crazed spending excess. Budgets for a season would surpass £10million in some cases; West Surrey Racing even flew in wheel guns and nuts from the USA to find a competitive edge for their Ford Mondeos during pitstop races.

It was a period of undeniable boom, but - as is so often the case in motorsport - not a sustainable one. In time, Renault, Volvo, Audi, Nissan, Peugeot and Alfa Romeo would all pack up and leave the BTCC. For the 2000 season, only Ford, Honda and Vauxhall stayed put with their factory support.

For whatever followed the Super Touring regulations, it would face an unfortunate task of weathering a storm of transition - akin to George Lazenby filling the shoes of Sean Connery. But unlike the increasing appreciation that 'On Her Majesty's Secret Service' has found, the BTC-Touring era of the BTCC remains much maligned.

The rules rethink did away with the lavishings of carbon fibre, making way for standardised gearboxes, differentials and brakes. Although it's a misnomer to label any touring car this side of Super GT and the out-going crop of DTM machinery as a thoroughbred, the comparatively humdrum BTC-Touring cars didn't inspire anything like as much as their 'Super' predecessors. Adding to the case for the prosecution, the grid needed to be bolstered by a virtually road-spec Production class and the racing was tepid far too often. 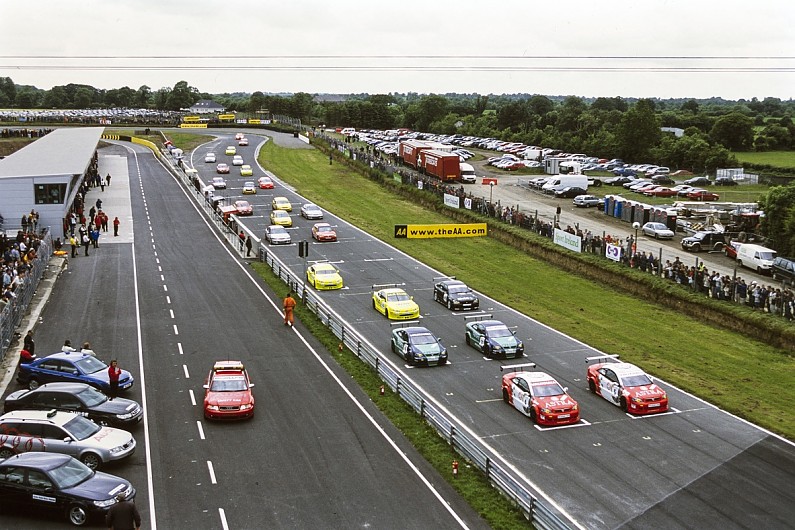 As such, before launching a defence of the BTC-Touring era's leading light - the Vauxhall Astra Coupe - first a defence must be made for the state of the BTCC overall at the time.

And that's to say that there was far from anything wrong with the set of rules. In fact, history might have remembered them much more generously had the FIA not made a move to leave the BTCC isolated from the world stage.

"The formula was dead on," explains Neal. "It worked and if the FIA had followed that formula then it would have been totally different."

Instead, what the FIA did for 2002, when it could have collaborated with the BTCC, was set up a thinly veiled copy of BTC-Touring. The governing body introduced the Super 2000 regulations for Europe. They had the same ethos, cutting costs, but weren't anywhere near as efficient.

"[Super 200] was almost identical in philosophy, but everything was different just for the sake of it," Neal says. "They sort of copied it but wanted to be different, and that immediately doubled the price of the cars overnight. The rules the BTCC had come up with then, they worked. They were cost effective. To build a car, it was £100,000, which was dead on. S2000 cars were two or three times that in the end."

Had the BTC-Touring rules not been cut adrift from the mainland, giving manufacturers the impetus to chase competition on a continental stage, perhaps history would be kinder.

Even if the rules weren't anything like as bad as they are remembered, still the Vauxhall Astra Coupe stands proud. For too long, the car and its surprisingly svelte Bertone lines have been cast in the immense shadow created by the heated, paint-swapping battle between Jason Plato and Yvan Muller for the 2001 title.

The Vauxhall's strongest hand lies in its statistical supremacy. Over four years, the Luton-born coupe, built into a peerless racer by crack team Triple Eight, dominated the competitive landscape. Every drivers', teams' and manufacturers' title went the way of the Astra. And how's this for blasphemy: an incredible winning ratio of 96% in 2001 - 25 victories from 26 races - is a feat even the famed McLaren MP4/4 and Mercedes W11 can be jealous of. 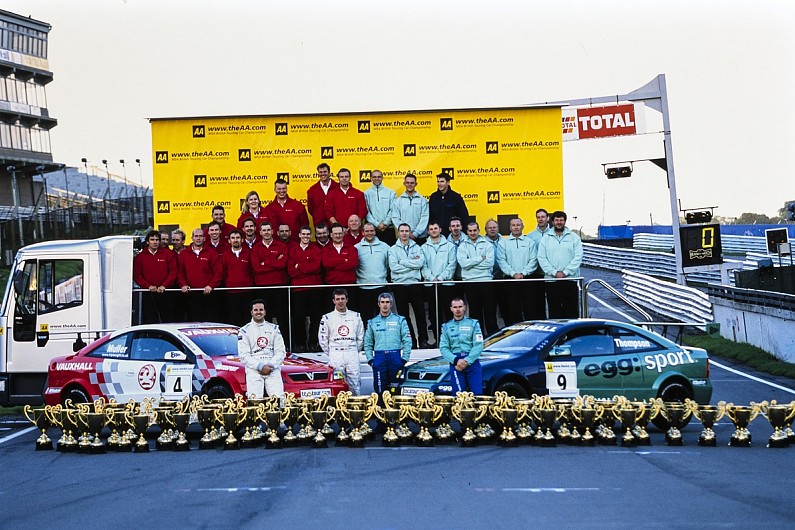 In fact, so bruising was the Astra, performance concessions had to be made for 2002. During a qualifying session, the throttle would be wound all the way back to 70-80% thanks to a bolt fitted behind the right pedal. A crude measure no doubt, but for a time, at least, it did allow the tallest of Astra drivers with the thickest of Black Country accents to find an edge.

As Neal recalls: "I got the Astra in the second year and we were allowed everything for racing, but in qualifying we're only allowed 70% throttle after the first couple of rounds.

"They used to do it really basically - with a bolt wound in and out behind the throttle pedal. They'd measure it. I worked out that if I got in before qualifying and stamped on the throttle really hard, I could eke an extra two or three percent!

"Jimmy Thompson twigged it when he was looking at the data after and saw I was nicking a bit more after I'd out-qualified him a few times. I said, 'I can't help it, I've got big feet!'. They said, 'alright, we'll wind you back to 67% and you can make your way up.' Fair cop."

What didn't help the Astra at the time was the level of competition it faced, or lack thereof. The independent Alfa Romeo 147s and Lexus IS200s were barely on nodding terms. The WSR-run MG ZS machines of Anthony Reid and Warren Hughes were way too late to the party to pitch a serious fight - even if Reid's unlikely win in the wet at Brands Hatch did ruin the Astra's perfect score in 2001.

Peugeot and its Pininfarina-penned 406 had issues, too. Tim Harvey, who moved from the Alfa attack - which "underestimated" the challenge of the BTCC - to Peugeot for 2002, explains: "The problem with that car was that it was just too big.

"The 406 looked like a flippin' DTM car. It was too big a car to be a two-litre touring car. It just didn't have the agility to really be competitive on UK circuits." 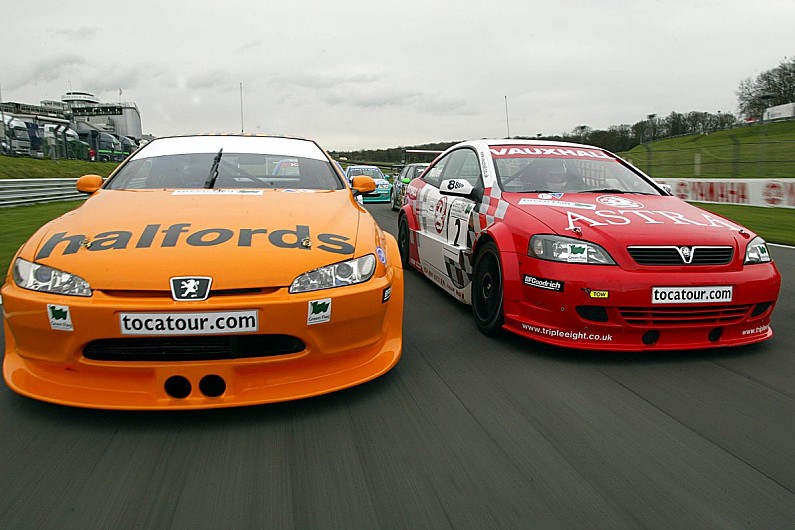 On the Astra, Harvey adds: "Nobody wins with a bad car; all the competitors are always trying their best. The Astra was a better car than perhaps it was given credit for."

But Paul O'Neill balances the argument. Reflecting on his 2002 and 2003 campaigns aboard the Egg-backed Astra, he says: "The car was good at everything; it was a jack of all trades that did everything well, but it wasn't exceptional. MG had the better [V6] engine, but it was too heavy... the Honda had a weird chassis."

"The Astra was very basic, built to a price. But it was functional and did the job. It was the car of its day" Matt Neal

Few can deny that Super Touring engineers John Morton, John Waterman, Kevin Berry and Ludo Lacroix did a far better job with the Astra than any of their rivals had.

"West Surrey, Peugeot, they did a shit job with their cars," adds Neal. "The Astra was very basic, built to a price. But it was functional and did the job. It was the car of its day."

But it's shouldn't be held against the car that the competition was subpar, it's not its fault. The Vauxhall could only play the hand it was dealt, but it did so sublimely. It was more than just the best of a bad bunch, as history should remember better. As one of the most successful BTCC cars of all time, the Vauxhall Astra Coupe shouldn't really need defending at all. 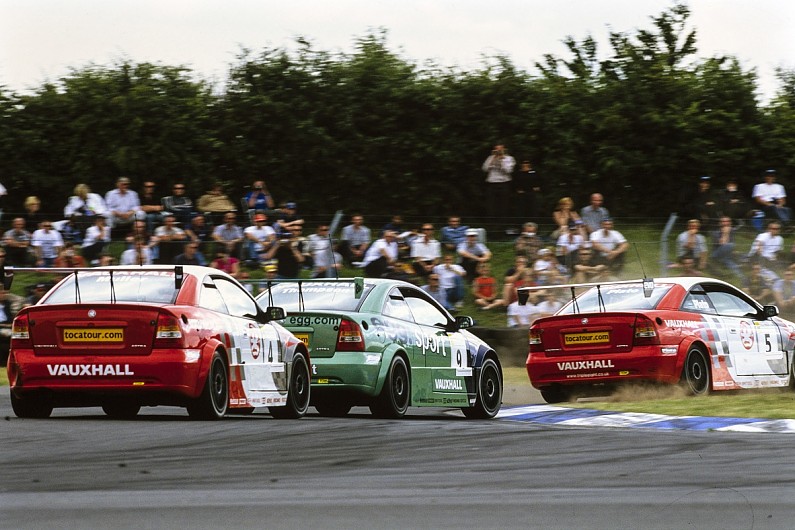