It revealed plans in November to build two new Hyundais in-house. It will be the first time that Hyundai has been represented in the BTCC, with Northern Irishman Smiley joining the previously-confirmed Senna Proctor in a second car.

Smiley, who beat Excelr8-run rival Chris Smith to win the Mini Challenge JCW title in 2013, moves to join the team after three years at BTC Racing with whom he won race three at Rockingham in 2017.

Last year, the 27-year-old took a season's best haul of three podiums at Croft, Snetterton and Silverstone to end up 14th in points in the new-shape Honda Civic.

He was left without a seat at BTC, as it re-signed 2019 race winner Josh Cook, and added long-term BTCC racer Tom Chilton and Michael Crees to its line-up. 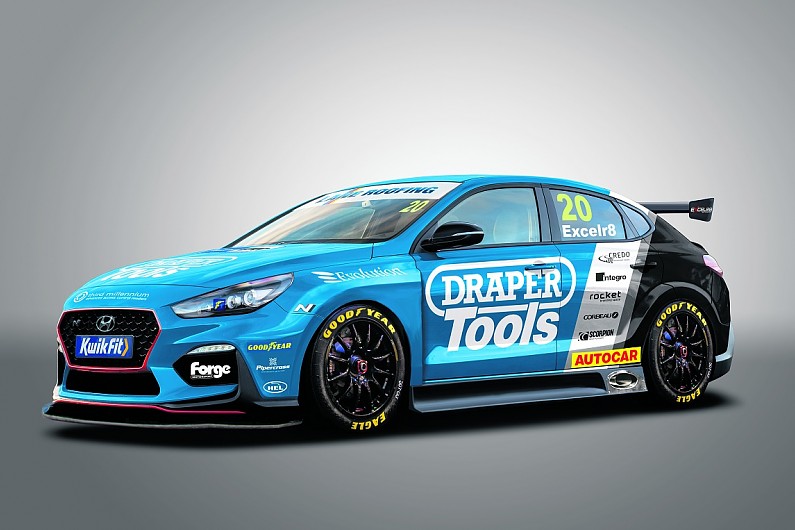 "It is going to be a good challenge to work with the team and bring Hyundai into the BTCC as a new marque.

"I know the team at EXCELR8 have made an incredible effort with the new car over the winter months and have strengthened their engineering capabilities and brought in some very talented people to work on the project.

"Developing a new car is always a great challenge, and to do it with a brand that has a tremendous passion for motorsport like Hyundai means this is a fantastic opportunity for everyone involved to create something really special.

"The BTCC is an ultra-competitive championship and being a race winner in the series I know that I can mix it at the sharp end of the series.

"I fully believe that this new project will allow me to do that, and I am more motivated than ever to make this new partnership a success - not just for one season but as a long-term plan for us both."

Team principal Ollie Shepherd predicted that Smiley and Proctor, also a one-time race-winner, with Power Maxed Racing at Brands Hatch in 2018, would be capable of springing a surprise this year.

"We now know that we have the drivers to win BTCC races, we have a superstar engineering team to be announced and we have new cars that are ticking all the right boxes during the development and build process," said Shepherd.

"2020 will be the year when we surprise the establishment! Overconfident? No way!

"Chris and Senna are two of the best young drivers in the BTCC and this year we will do our very best to give them the tools to get the job done."