Michael Crees will race with BTC Racing in the British Touring Car Championship this year, completing the squad's three-car line-up for 2020.

The Ginetta GT Supercup championship battler Crees, 36, graduated to the BTCC last season at the wheel of a Team Hard VW CC and scored a best finish of ninth place at Silverstone in September.

He placed 28th in the drivers' standings.

Crees said: "I couldn't believe I was even on the BTCC grid last year. It was a dream come true.

"My goal all along was to finish the year as the top rookie, and I achieved that.

"Getting P12 in my first ever BTCC race [at Brands Hatch in April] was incredible, and then following up with a ninth place at Silverstone and making it into the top 10 in my first year of touring car racing was really special.

"I've been working non-stop to secure a strong budget to be able to secure a deal this year.

"A week ago it didn't look like I'd even have a drive. To go from no seat at all, to signing for a frontrunning team in only my fourth season of racing is amazing." 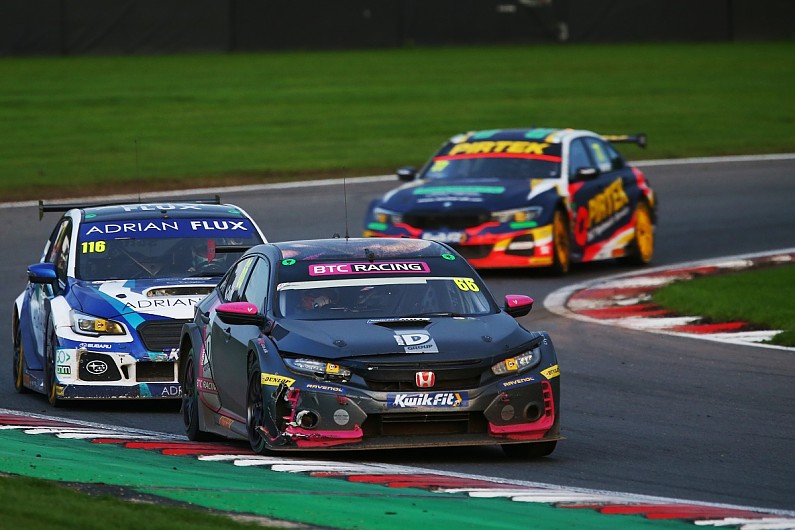 BTC Racing, which is co-owned by Bert Taylor and Steve Dudman, switched to the FK8 version of the Honda at the start of last season and Cook took three wins on his way to fourth place in the overall standings.

The team placed fourth in the BTCC teams' contest.

Joint team principal Taylor said: "I think this is an exciting signing for BTC Racing.

"Michael joining us completes what I believe is a very strong line-up for 2020.

"It's a great opportunity to give a rookie driver the chance to come and learn his craft in a top-flight team and car.

"Although he's relatively new to the grid, he brings great energy to the team and willingness to improve.

"He should learn a lot from Josh and Tom and will benefit greatly from working with them.

"I feel sure that the three of them will work well together and we can look forward to lots of success as a team."