Team Dynamics driver Dan Cammish went fastest in free practice for the British Touring Car Championship round at Croft to beat the BMWs of Andrew Jordan and Colin Turkington.

Cammish also set the pace in practice last time out at Thruxton before slipping to second in qualifying and scoring a brace of podiums in his FK8-generation Honda Civic Type R.

The resurfaced Croft circuit helped Cammish to a 1m21.496s, which meant he comfortably beat Turkington's 2014 qualifying record by 1.9 seconds.

Croft has traditionally favoured the rear-wheel-drive runners, but Cammish and team-mate Matt Neal ran together on track and set the early benchmark times.

As the session wore on, no one asserted themselves clearly at the top of the times with joint championship leader Rory Butcher and fellow AMD Tuning driver Sam Tordoff also enjoying periods in the lead.

A red flag was then called with 21 of the 40 minutes remaining when Nicholas Hamilton clipped the tyre stack at the chicane, after which it blocked the circuit.

Once running resumed, defending champion Turkington looked like Cammish's closest rival - despite the BMW 330i M Sport's power having been pegged back by 4bhp coming into the Croft weekend.

The WSR driver briefly held second before he was eclipsed by his team-mate Jordan, the most successful driver of the season so far with three victories.

But Cammish held on to top spot 0.098s clear of Jordan, with Turkington a further 0.145s in arrears.

Tordoff suffered late damage to the front-left of his FK2 Civic Type R after hitting the tyres at the Jim Clark Esses but maintained fourth place ahead of lead Power Maxed Racing driver Jason Plato.

Jelley was one of many to be caught out at the double-apex Sunny complex in the final sector, with Ashley Sutton and Jake Hill also falling foul.

Jack Goff's excursion at the same corner while piloting "the most lairy car I've ever driven in my life" led to him being black flagged from the session, following the path of Motorbase driver Hamilton who also suffered the same fate.

Third WSR driver Tom Oliphant was eighth ahead of Sutton and Butcher - the latter sharing the same 48kg load of success ballast as Turkington for their positions in the standings. 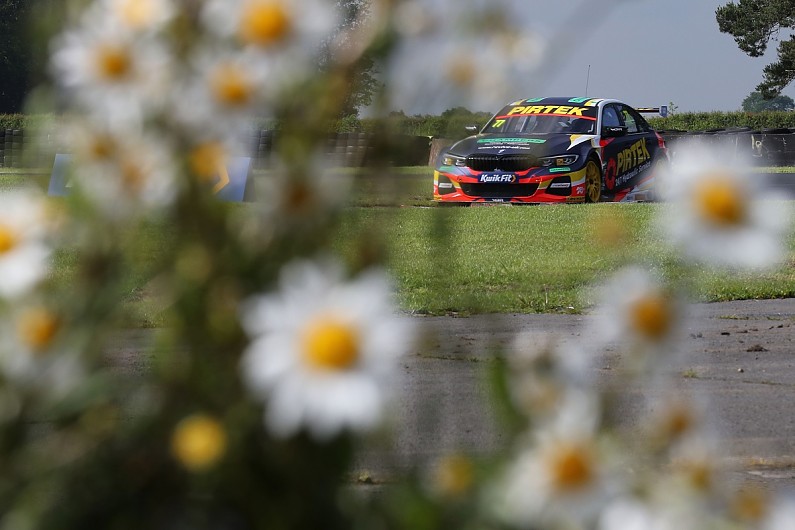 Jordan had set the pace in the slower first free practice session, beating 2017 champion Sutton by 0.085s with Tordoff leading Turkington to complete the top four.

That session was red flagged within the first 10 seconds as a tractor was still on circuit having been attending to track repairs at Sunny.

MG6 driver Rob Smith was barred from participating in practice one for breaching BTCC regulations by taking part in a national motorsport event at the venue two weeks prior.