The two-time BTCC champion has switched to Power Maxed Racing for 2019 after three difficult seasons at Team BMR.

Plato has the most BTCC victories in history with 96, but last year he recorded his first ever winless season in the series since making his debut in 1997.

Having struggled in the Subaru Levorg GT, on his switch back to a front-wheel-drive Vauxhall Astra - the same model line with which he won his 2001 crown - he earned second place in the first qualifying of the year, matching his Croft performance from last season.

"It's good for the [team], it can shut some people up because that's dull, to be honest!" Plato told Autosport.

His comments follow criticism on social media that Plato's dip in results suggested the 51-year-old should have vacated his seat for a younger driver - although very few BTCC drivers actually receive a salary directly from teams.

Plato's 53.769s lap in qualifying meant he ended up 0.167 seconds off polesitter Ashley Sutton - his former Team BMR team-mate and the 2017 champion.

Although the field ran without ballast for the first qualifying session of the year, the greasy track conditions on Saturday masked the cars' true pace. 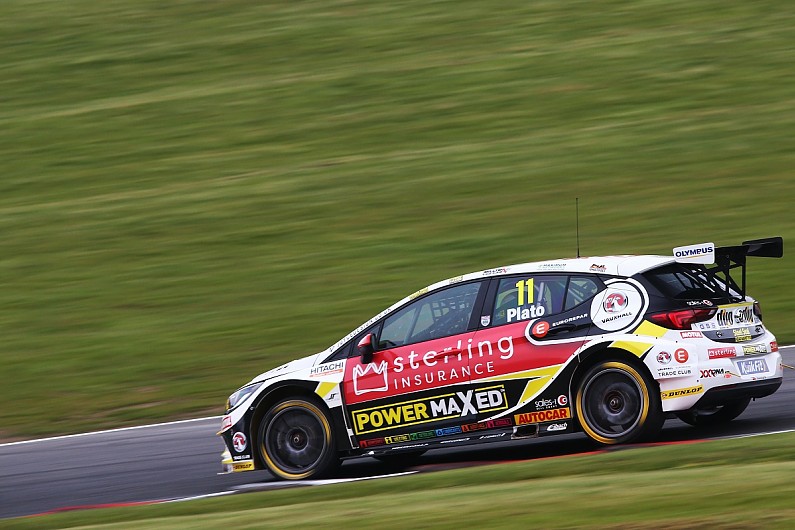 "In the wet, I think the bloke sat in the seat twiddling the wheel has a bit more of a say in the performance of the car," said Plato.

"I'm not saying that because I've done a good lap, it's true.

"We managed to get a decent run with some traffic, managed to hold back a bit - it either works or it doesn't. The balance I had on my car was good.

"Honestly, had it been consistently dry we wouldn't have been where we are, we just haven't got the car sorted in the dry.

"Our target in the dry in qualifying is top eight, [and] that would have been quite tough. We haven't don't enough miles."

But Plato reckons he could have snatched a "fairytale" pole, only for the third of three red flags - called out when ex-Formula 1 driver Mark Blundell beached his Audi S3 in the gravel at Druids - to thwart his chances of a faster lap.

"Interestingly, [qualifying] was the first time I'd run the car with wet tyres on," he said.

"Then [when] the last red flag came out I was on a pole lap - 2.5 tenths up. That would have been a fairytale but P2 is good enough."