Chris Smiley will remain with the BTC Racing team for his third full season in the British Touring Car Championship in 2019.

Smiley won his first race in the division at Rockingham last season in an older-spec FK2 Honda Civic Type R on his way to 13th in the overall standings and sixth in the Independents Trophy battle.

The BTC driver will join a yet-to-be revealed team-mate in a two-car attack.

Smiley said: "I made great strides in 2018 and I'm focusing on the Independents Trophy this year as well as supporting all the team at BTC Racing.

"I have never been happy to make up numbers, so 2019 will only be a success for me if I have collected more wins."

Team manager Zoe Timbrell added that Smiley's targets were shared by the team. 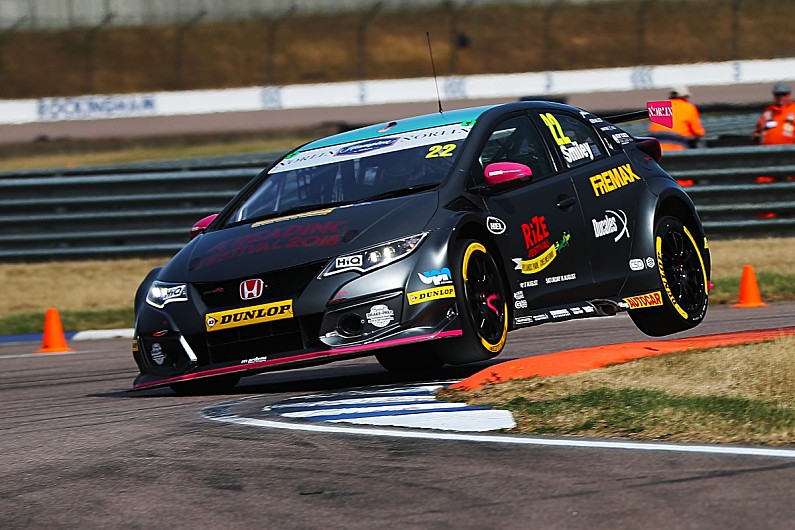 Timbrell said: "We are so pleased that we have been able to keep Chris with us for a third year.

"We have all got to know him well, and his ambitions match those of BTC Racing perfectly.

"We are a close-knit team of people and he is part of the family now."

A 50% stake of BTC Racing was bought by businessman and national racer Steve Dudman at the end of 2018, and the team has relocated its premises to Brackley in Northamptonshire.

Details of the team's second driver are expected to be announced within a few weeks.