Four of the most thrilling events of the 2019 motorsport season are in contention for a new category at the Autosport Awards - Moment of the year presented by Marelli.

Emotional victories and gamechanging events are highlighted in the brand new Award, which is now open for voting.

Two of the contenders come from Formula 1, starting with Max Verstappen's race-winning move on Charles Leclerc at the Austrian Grand Prix.

Any last-gasp, controversial, pass for the lead of that nature would linger in the memory, but this one was doubly significant as it earned Honda its first F1 race win since 2006 and ensured that it was Verstappen and Red Bull that stopped Mercedes' winning run at eight triumphs rather than Ferrari.

Leclerc had to wait another two months before getting his maiden F1 win, and that was tarnished by the death of his friend Anthoine Hubert in the Formula 2 support race at the Belgian GP.

But a week later Leclerc was victorious again, this time in front of the Tifosi on Ferrari's home ground in Italy - an incredibly emotional event that also makes the Award shortlist.

Outside F1, another young star's breakthrough is also highlighted. 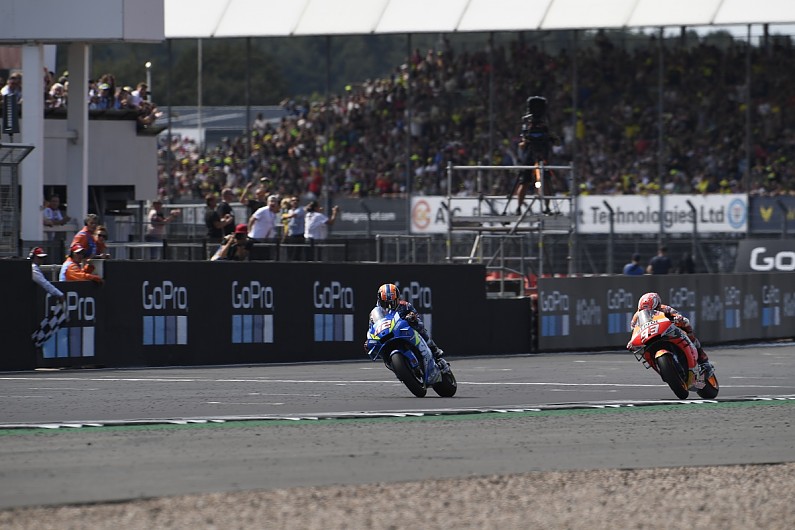 Suzuki's Alex Rins won his first MotoGP race by defeating Valentino Rossi at Austin early in the season but it's his extraordinary Silverstone victory that is in the running for the Award as it was earned by a final-lap move on current benchmark Marc Marquez. Rins' winning margin over the line was just 0.013 seconds.

The spectacular manner in which Jean-Eric Vergne sealed his second Formula E title completes the list.

The reigning champion had broken clear of what had been a 10-way championship fight but two incidents in a wild and contentious first race of the deciding New York double-header threatened to throw it all into jeopardy, before he sealed the crown with a charge in the season finale.