Muller called time on his career in 2016, but has reversed that decision for 2018 and will race for his YMR Racing team in the new world cup in a Hyundai i30 N, partnering 2017 WTCC title winner Thed Bjork.

The WTCR campaign will mark YMR's most significant undertaking to date, having previously competed in the LMP3 division of the European Le Mans Series and the Le Mans Cup. It has also signed up for the GT4 European Series Southern Cup this year.

Muller said he does not want his return to be long-term, but added it presented an opportunity to develop his team while driving.

"I hope only this year," he said, when asked by Autosport how long he planned to come back for. "It's not really a comeback.

"I retired one and a half years ago and I was pleased with my situation.

"I really enjoyed last year. I came to the circuits, under a different situation [with] different work to do, and I was pleased.

"It was an opportunity for me to do WTCR as a team, but the condition was we want you in the car.

"OK, then I accepted it. I see that more as a help of my team to grow up than a comeback." 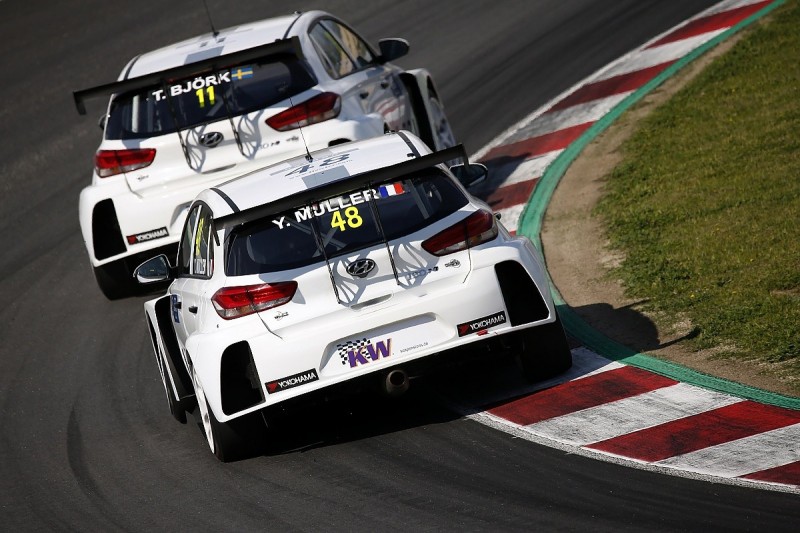 The pair also raced together at the final round of the season when Muller made a one-off return to support Bjork's title bid.

Muller said Bjork was part of his original planned line-up and wanted nephew Yann Ehrlacher - who will drive a Honda Civic for Munnich Motorsport - to race the second Hyundai, adding he had not originally intended to be in the car.

"It was clear if I had my own team Thed has to be with me, because we worked hard together last year, he won the championship, I was on his side and the relationship we had last year was fantastic," said Muller.

"I wanted to have him in the team, because he's a good guy, a good driver.

"I didn't plan for myself to be in the car. My idea was a bit different - to take Thed and Yann.

"Unfortunately I couldn't do that, but in the end it's a good team and a good car."

Balance of Performance details revealed ahead of WTCR opening round