That benchmark time was more than 1.7s faster than the previous best TCR lap in Macau, which was also set by Huff when he contested the TCR International Series finale in 2015, although it had already been beaten in FP1 by WRT Audi driver Jean-Karl Vernay.

Vernay's fastest time in the first session, a 2m31.328s, had given him top spot by 0.575s from Esteban Guerrieri (Munnich Motorsport Honda), while Huff was third.

Title contender Yvan Muller, who is second overall but 39 points behind leader Gabriele Tarquini, ended FP2 in third in his YMR Hyundai i30 N ahead of Vernay's RS3 LMS and the second Golf of Mehdi Bennani.

Guerrieri ended FP2 sixth, 0.805s off the pace after improving on his final lap, ahead of 2017 World Touring Car champion Thed Bjork - who is also part of a group of seven drivers still in contention to claim the inaugural WTCR title. 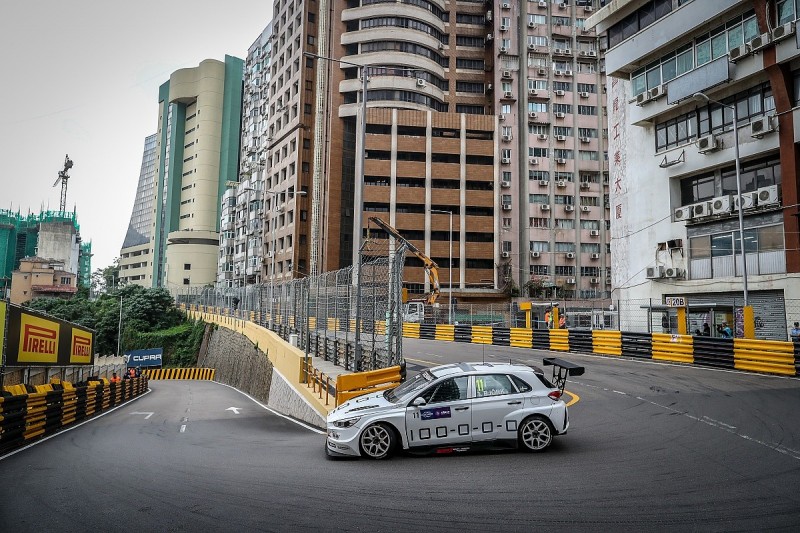 BRC Racing Hyundai pair Norbert Michelisz and Tarquini were eighth and ninth, while Ma Qing Hua - making his third appearance of the season in place of Tiago Monteiro at Honda outfit Boutsen Ginion - rounded out the top 10.

Kevin Ceccon was the Team Mulsanne Alfa Romeo operation's lead representative in FP2 in 12th, ahead of the highest-placed non-Hyundai driver in the points standings, Pepe Oriola (Campos Racing Cupra).