Volkswagen Motorsport, which backed Sebastien Loeb Racing's WTCR project in 2018 and 2019, announced in November it would end its factory support of any programmes using traditional combustion engines.

The FIA said earlier this year it expected the electrification of WTCR to take "a few years", though the WSC Group that developed the TCR concept will launch an 'E TCR' series in 2020, which will be promoted by the Eurosport Events group behind WTCR.

E TCR will be the first multi-make tin-top series to utilise fully electric powertrains, and follows the example of Formula E and the off-road Extreme E series that is due to launch in 2021 in this regard.

Asked about Volkswagen's WTCR withdrawal and whether it might compete in E TCR, Ribeiro said: "Ask them.

"I guess it was that kind of message which is clearly a board-level message, [that] is now difficult to handle for Volkswagen Motorsport because to keep all the customers to which they sold cars and R5 cars and TCR cars, I think that telephone must have been burning for a few days.

"But it is what it is. And we have to live with it.

"If we all love combustion motorsport, and I think we do, the coming years will be brutal, violent.

"There will be decisions, in any championship, which will be so hard, so difficult, in every category of motorsport. Rallying, F1, touring cars, GT.

"The series that won't adapt to the energy transition of the automotive industry can die, even though we are all looking like this and saying, 'ah, WTCR's super-strong, [it has] seven brands, 26 cars'.

"If we don't pay attention we can become obsolete a few years down the road." 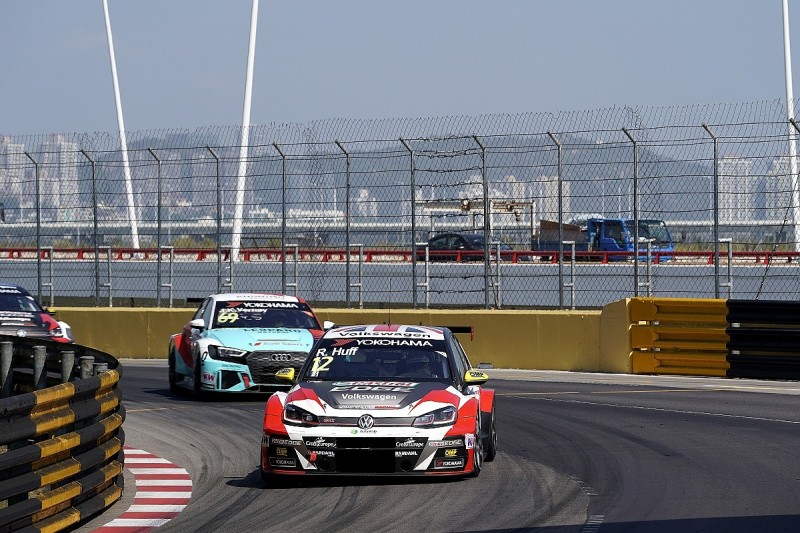 Volkswagen said its decision to end its support of projects using internal combustion engines was in line with its road-car strategy.

Asked whether VW's withdrawal, and that of the WRT Audi squad, meant there was a risk the quality of the WTCR grid would be lower in 2020, Ribeiro said: "The risk is there every year.

"It is just exceptional what we have today. It is absolutely exceptional. And to do things exceptionally, the most difficult thing is to maintain the level.

"Was it difficult to hear Volkswagen's decision? Fuck me, yes it was. I was shocked.

"But don't forget that Volkswagen is the manufacturer which dieselgate came from. It's difficult, but at the same time, you have to understand the pressure the car manufacturers are under.

"Volkswagen, a group like Volkswagen, the way they see themselves, three, four years down the road is no combustion cars sold at all."