Homola survived a brush with the barrier exiting the second chicane on the first lap, making the corner while polesitter Gordon Shedden missed it, to get ahead of Muller in what ultimately proved to be the race's decisive move.

Shedden, starting his WRT Audi RS3 LMS from pole for the first time since switching to WTCR for 2018, converted pole position into an early lead when he slotted in ahead of Muller through the first sequence of corners.

But the Briton then came under pressure exiting the first chicane from points leader Muller, who attempted to launch his Hyundai i30 N around the outside of the Audi for the lead.

Shedden kept his foot in and hung on up the inside into the Turn 16 right-hander, then moved across the front of Muller's car to prevent another attack - allowing Homola a run into second.

Shedden then failed to slow in time for the heavy braking zone at the second chicane and skipped the corner, while Homola nerfed the barrier exiting the corner side-on, before settling into an early lead.

But that chicane skip was soon investigated by stewards, who quickly handed Shedden a five-second penalty to be added at the end of the race.

Shedden rejoined in traffic after completing his joker lap, meaning that early pursuers Homola and Muller ultimately cleared him anyway, with Muller then pressing Homola for a way past.

The race looked like it was Muller's to lose when Homola served his joker at the end of lap eight, but a personal best lap from Homola on lap 10 - at the end of which Muller headed for the joker lap lane - allowed him to cycle back into the lead.

The Slovakian then resisted Muller on the final tour to clinch his first win - and first points of the season. 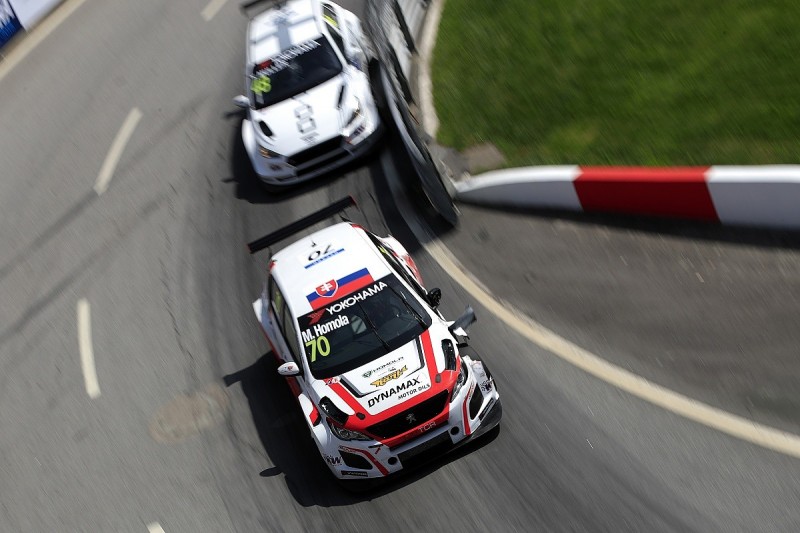 Shedden crossed the line in third but dropped to sixth when his penalty was applied, with the Audi Sport driver labelling the decision "absolute bullshit" after the race.

That allowed Pepe Oriola to claim another third-place finish, with the Campos Racing driver's decision to serve his joker early on lap five paying dividends as he caught back up to cars that had not yet taken their lap.

Shedden's team-mate Jean-Karl Vernay was classified fourth ahead of the BRC Racing Hyundai i30 N of Norbert Michelisz, while Yann Ehrlacher was seventh behind Shedden in the classification in his Munnich Motorsport Honda Civic that was repaired overnight.

Aurelien Panis (Comtoyou Racing Audi) had run fourth early on but dropped to eighth when he took his joker on lap nine.

The respective BRC Racing and YMR Hyundais of Gabriele Tarquini and Thed Bjork completed the points.