Bjork's i30 N was badly damaged in the monster shunt at the start of Saturday's opening race and could not participate when the race resumed, but was mended by YMR in time for Sunday morning's qualifying session.

The 2017 World Touring Car champion became the first driver to lap below the two-minute mark by going fastest in the second part of qualifying, and improved marginally on that effort in the Q3 shootout session.

Bjork's eventual best time of 1m59.824s gave him a fourth pole position of the season, 0.340 seconds ahead of the BRC Racing Hyundai of Norbert Michelisz.

Michelisz, who injured his hand in the race one crash, was fastest of all in the final sector and will line up ahead of team-mate Gabriele Tarquini.

Pepe Oriola was a standout performer in qualifying as he dragged his Campos Racing Cupra to fourth.

The Spaniard set the second fastest time in the first sector on his Q3 run, but lost time with a slide at the start of the high-speed, downhill section in the middle sector and then at the roundabout at the end of the lap.

He will start ahead of title contender Yann Ehrlacher, whose Munnich Motorsport team like YMR worked overnight to ensure his car was ready for qualifying.

Ehrlacher was second fastest in the second part of qualifying, but ended up fifth in Q3 and eight tenths adrift of Oriola after shipping 0.7s in the middle sector.

Oriola's late improvement to squeeze into the final part of qualifying consigned another impressive performer, Comtoyou Racing's Aurelien Panis, to sixth in his Audi RS3 LMS, ahead of the leading WRT Audi of Jean-Karl Vernay.

Mato Homola made the second part of qualifying for the first time and will start Sunday's main race from eighth in his DG Sport Peugeot 308TCR.

Race one winner Yvan Muller could only manage ninth, but will start Sunday's first race from second behind Gordon Shedden - who will line up on pole for the first time since switching to the WTCR world cup for 2018. 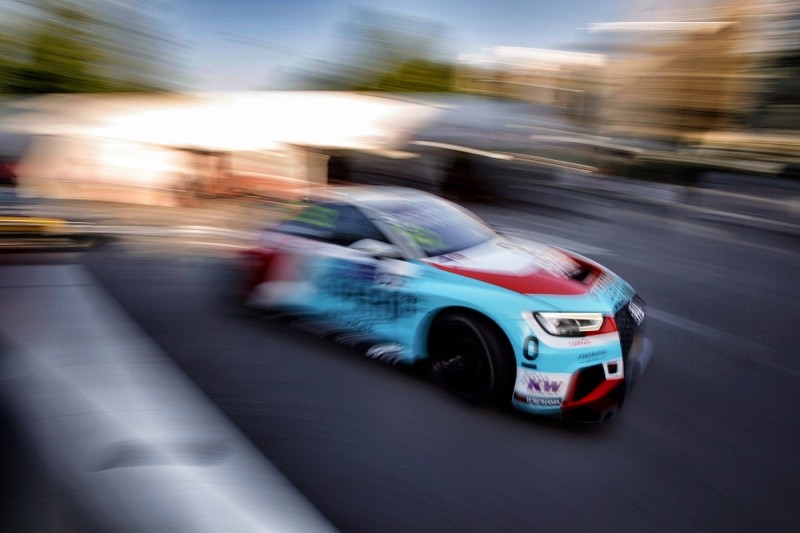 The three-time British Touring Car champion was 10th in Q2 and secured pole for the reversed-grid race by qualifying 0.017s faster than John Filippi.

Esteban Guerrieri was the highest-profile driver to be eliminated in the first part of qualifying and could only manage the 19th fastest time in the second Munnich Motorsport Honda Civic.

The Argentinian, who finished second in Saturday's opening race, ended up close to a second off the Q2 cutoff point with his final effort.

He will start behind the likes of Fabrizio Giovanardi, who was 15th in his Team Mulsanne Alfa Romeo Giulietta and a quarter of a second away from making Q2, and Vila Real local and wildcard entrant Edgar Florindo.