Both Honda customer teams - Munnich and Boutsen Ginion Racing - lodged appeals against the stewards' decisions after the second qualifying session in Slovakia, which related to maximum boost level breaches.

Those appeals meant that weekend's second and third races took place based on provisional grids - with Guerrieri and the two Boutsen Ginion Civics drivers Tom Coronel and Benjamin Lessennes allowed to keep their qualifying starting positions.

The race results also remained provisional, pending a hearing at the FIA's International Court of Appeal.

Although Coronel's and Lessennes' cars were also found to have exceeded maximum engine speeds (rpm) in addition to the maximum boost pressure issue reported by the FIA, all three cases were judged at the same hearing in Paris last week.

While the court found in favour of Munnich, quashing the decision to exclude Guerrieri's Civic, it upheld the decision to disqualify the Boutsen Ginion cars due to the secondary engine speeds offence.

Those exclusions have resulted in minor changes to the drivers' championship.

Lessennes' exclusion from fifth place in race two in Slovakia promotes BRC Hyundai i30 N driver Norbert Michelisz from seventh to sixth, allowing the Hungarian - third in the standings - to gain another two points on his team-mate and current standings leader Gabriele Tarquini.

Michelisz is now 24 points behind Tarquini, and 21 short of Yvan Muller's total in second place.

The Lessennes exclusion also promotes Guerrieri to eighth and his team-mate Yann Ehrlacher - Honda's highest-placed driver in the standings in fourth - to ninth, while Thed Bjork now inherits the final point.

While Coronel did not finish race two in the points, he loses the eighth place he achieved in the weekend's final race. 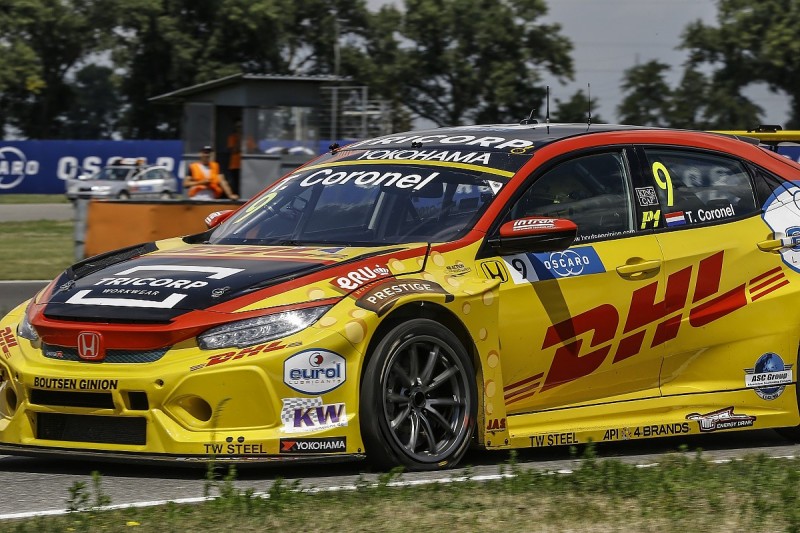