Overnight rain meant the track was still damp in patches for Saturday morning's second practice session, but those had cleared by the start of WTCR qualifying at 11.45am local time.

Girolami, who had set the pace in first practice and would have topped FP2 but for his lap being chalked off for track limits, looked on course to usurp Cyan Racing Lynk & Co 03 driver Muller at the head of the order with five minutes remaining.

But the Argentinian aborted that lap and headed back to the Munnich garage before attempting one final run in his Honda Civic Type R.

That decision paid off, as Girolami set a best time of 1m52.586s - beating Muller's previous benchmark by 0.171 seconds - with less than two minutes remaining.

Girolami's team-mate Esteban Guerrieri had a scruffier session and only recorded a first timed lap with five minutes left on the clock, but improved on his final run to claim third behind Muller. 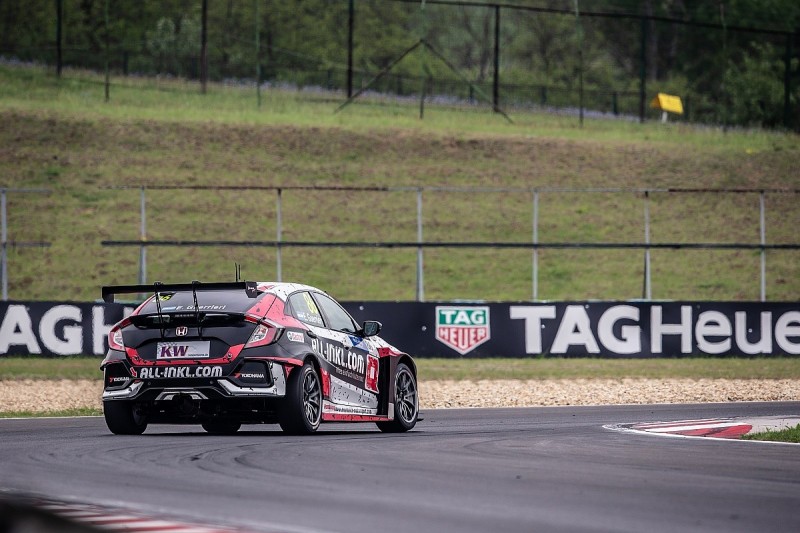 Aurelien Panis was an excellent fourth in his Comtoyou Racing Cupra, ahead of Muller's Lynk & Co team-mates Yann Ehrlacher and Thed Bjork.

Johan Kristoffersson recorded what was comfortably the best qualifying result for the Sebastien Loeb Racing Volkswagen team at the start of the 2019 season, securing seventh on the grid in his Golf GTI.

Daniel Haglof (PWR Cupra) and the second Golf of Mehdi Bennani were 11th and 12th, ahead of home favourite Norbert Michelisz and his BRC Hyundai team-mate Gabriele Tarquini.