Cyan was founded as Flash Engineering in 1996 by Swedish Touring Car driver Jan Nilsson before it was bought by Christian Dahl in 2005 and renamed Polestar, and was rebranded Cyan Racing in '15 when Volvo purchased Polestar Performance.

The team was Volvo's official motorsport partner throughout that time, and had been responsible for the development of Volvo's racing cars since 2003.

It was two years into a planned five-year World Touring Car Championship deal with Volvo and had just claimed the 2017 drivers' and manufacturers' titles when the series adopted TCR regulations for the following year, rendering the TC1-spec S60s Cyan had run obsolete.

With no customer TCR car available in Volvo's range, Cyan completed a deal to enter the inaugural WTCR season with Yvan Muller Racing, fielding a pair of Hyundai i30 Ns for Muller and Thed Bjork.

"The Volvo group - or the Geely group that own Volvo - was one of very few manufacturers that didn't have a car according to the TCR regulations," Dahl, who remains Cyan's CEO, told Autosport.

"So it was a bit of limbo at the time, at the end of 2017 and into '18. "In the end, Cyan as the racing team wanted to stay in the highest level of motorsport, and if it's not with Volvo in manufacturer sport of course TCR as it's customer-based was a better option.

"Then we found the solution with Yvan Muller Racing, to join forces and still stay in the championship, [it was] really awkward for us to run Hyundais after all years with Volvo and Polestar.

"But that was the way forward to stay racing within the business and then also see where things ended up with Geely and Volvo.

"But yeah, 2018 was a bit odd for us, after some years with Volvo we [were] working with Hyundais." 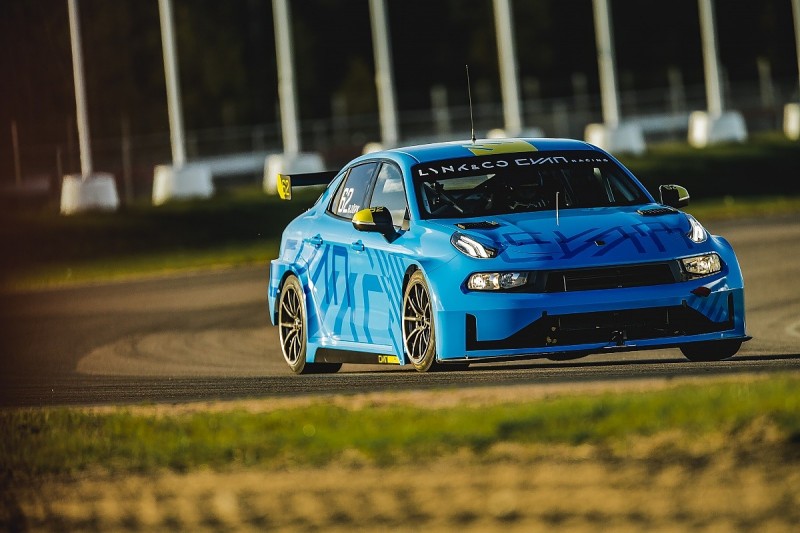 Cyan will return to more familiar surroundings this year by becoming the first customer to run Lynk & Co's new 03 car in WTCR as motorsport partner to Geely Group Motorsport, a subsidiary of the Geely family Volvo is a part of that was launched last March.

The end of its Volvo programme meant Cyan had to let "70 or 80" staff go before the end of 2017, which was followed by another redundancy period before the start of the WTCR season.

Dahl described the resulting Cyan/YMR project as "very lean", but it beat the BRC Racing squad that helped Hyundai develop the i30 to the teams' crown and ran Muller to runner-up spot in the drivers' points.

"I'm super-proud of what we did last year to manage to win with a customer car against the team that actually did all the testing on track for Hyundai, [that] was fantastic," added Dahl.

"But now it's even higher stakes because we get a car that hasn't been developed and run before, so it's going to be a real battle.

"Of course I would be lying if I don't say that we are aiming to win, and I think we have a chance to win, but maybe we need a little bit more luck the first year that we need the second year."