The 24-year-old, who has led the WTCR since the first round at Zolder, arrived back in Spain for the series' second consecutive meeting at Aragon with a 26-point lead over Munnich Motorsport's Esteban Guerrieri, which was stretched to 31 after qualifying.

Sixth place in the reversed-grid race two was enough for Ehrlacher to win the title, after his Argentinian rival retired with accident damage.

But Guerrieri gave Ehrlacher and his Cyan Racing team a shock on Sunday morning with a surprise win in the first race - from 16th on the grid. After a disastrous qualifying session on Saturday in which Guerrieri failed to progress beyond Q1, an inspired tyre choice reignited his title hopes.

Despite sunny conditions, high humidity left the track slippery and slow to dry for the early-morning start, a trait Munnich Motorsport had experienced back in March at a pre-season test. That led Guerrieri and his team-mate Nestor Girolami to choose Goodyear wet-weather tyres for the rear of their Honda Civic Type Rs and slicks for the front.

The decision worked perfectly for both, Girolami rising from 11th on the grid to lead at the end of the first lap as the majority, using slick tyres all round, struggled for traction. Guerrieri was up to third by lap two, then passed Nathanael Berthon's Comtoyou Racing Audi - also running wets on the rear - the next time around.

Girolami left it late to adhere to team orders, waiting until the last lap to slow and allow Guerrieri to pass for the victory, which cut the gap to Ehrlacher from 31 to just 16 points. 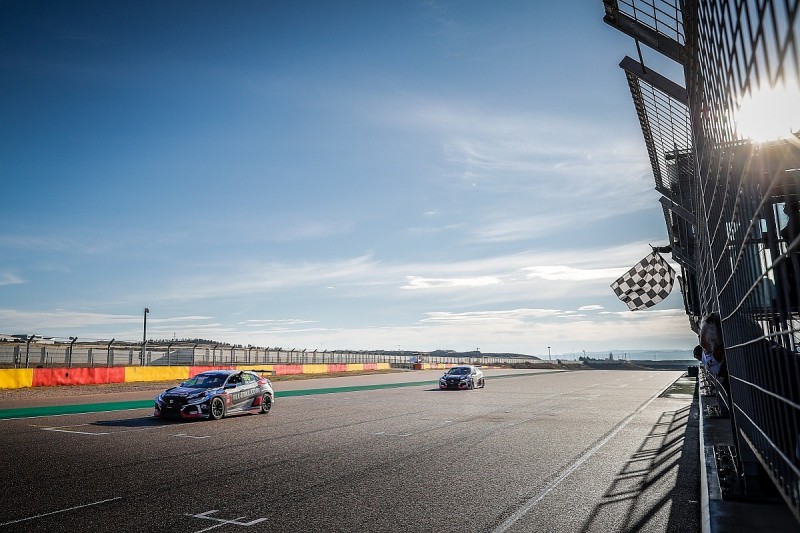 "We went to the grid, huddled together and said 'look, there is nothing to lose here, we better gamble'," said Guerrieri. "We know this track is extreme on drying slowly, even though the sun was scorching. We chose the right strategy and obviously I'm very thankful to Nestor."

But he also admitted the final two races of the season would be tough given his lowly grid slots of 17th and 18th respectively, and because in normal dry conditions later in the day his Honda would lack the pace of the Lynk & Co, suggesting "the others have a gun and we have a knife".

The Honda driver's hopes of pushing Ehrlacher to the final race were scuppered on the opening lap of race two, when he slammed into the back of Bence Boldizs' Zengoo Motorsport Cupra Leon, leaving both cars with heavy damage.

As Guerrieri retired to the pits, Ehrlacher claimed his second sixth place of the day to become champion, as his uncle Yvan Muller won comfortably from the reversed-grid pole position.

"It means a lot," said Ehrlacher, son of 1980s Formula 3000 racer Cathy Muller, Yvan's sister. "I was emotional because I was remembering when I was a little child coming to see Yvan race with my mum and dad in the World Touring Car Championship. 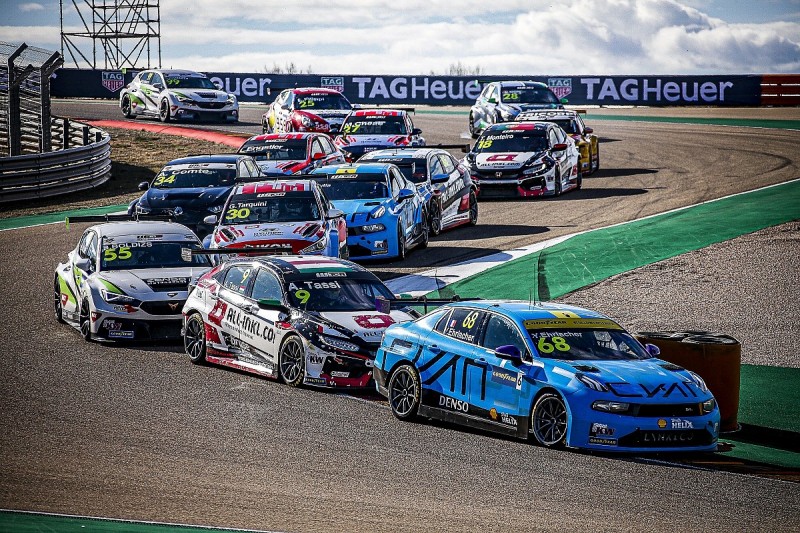 "And now I am here, fighting and winning the title. My whole life is about this. It's just a big reward that motorsport gives me today."

To cap Cyan's weekend, during which it also claimed the teams' title, impressive Uruguayan Santiago Urrutia scored his first WTCR win from pole position in race three, with Ehrlacher shadowing him to the flag.

Urrutia had claimed both pole positions on Saturday, but slipped down to ninth in race one on his slick tyres, then put in an accomplished performance to lead race three from lights-to-flag.

The Alfa Romeo driver was in with a shout of finishing second in the overall standings, only for Muller to finish fourth - after some help from Cyan team-mate Thed Bjork who baulked Mikel Azcona's Cupra to let the four-time WTCC by both of them.

Guerrieri finished tenth after Munnich's Attila Tassi also gave up a position for him, leaving Muller just one point ahead of him and Vernay, who were tied on points. Guerrieri is classified third because he has won four races to Vernay's single victory. 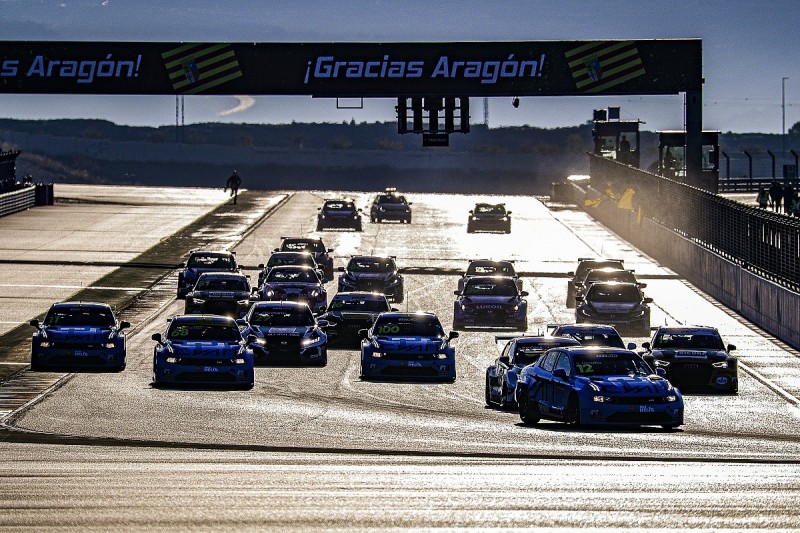