Mikel Azcona and Mattias Ekstrom each scored a double victory for Zengo Motorsport X Cupra to top their respective Pools at Vallelunga on the opening day of Pure ETCR competition.

Pure ETCR, the world’s first all-electric touring car series, does not feature a traditional qualifying session, with the 12 drivers instead being split into Pools in a draw held on Friday night.

Azcona was one of six drivers drawn in Pool A and wasted little time in defeating Romeo Ferraris - M1RA’s Stefano Coletti and Hyundai’s Tom Chilton to win his Round 1 battle.

That ensured he would face Hyundai’s Augusto Farfus - winner of the first-ever Battle a few minutes earlier against Rodrigo Baptista and Jordi Gene - in Round 2.

Azcona, having set a faster lap than Farfus in Round 1, was given first choice of starting positions for Round 2. He chose the inside line, led into Turn 1 and scored a convincing win to end the day on 27 points - the highest possible total.

“It’s been a good day,” he said. “Starting on the inside was a big advantage. On the short circuit it’s hard to pass.

“In the second Battle the car was not quite as good as the first one and I made a few mistakes, but I could save the car and I’m leading the championship for now. Tomorrow’s another day though with a lot of points to fight for.” 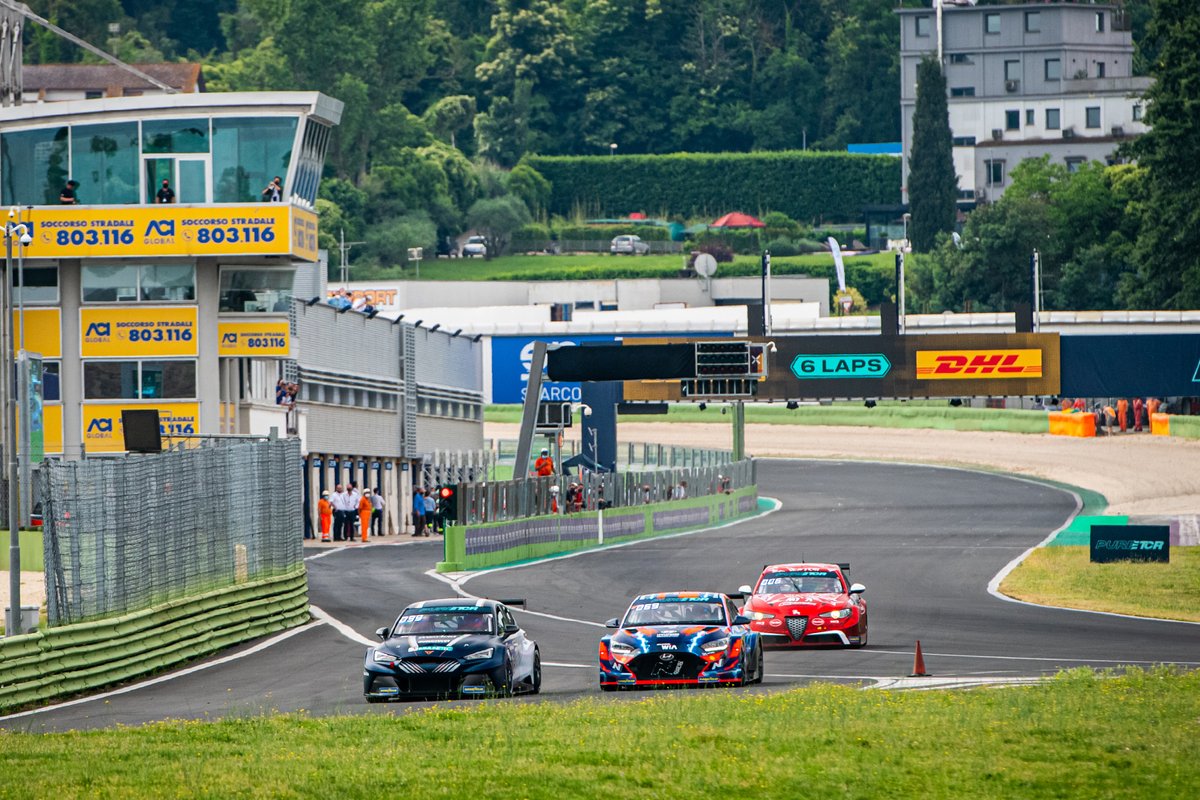 The Pool B action took place in the afternoon, following repair time for all the cars plus a recharge at the Pure ETCR energy station.

Ekstrom wasted little time in replicating Azcona’s results; beating Jean-Karl Vernay and Oli Webb in Round 1 and then Luca Filippi in his Round 2 Battle.

The other Battle winners on the day were Webb and Gene, as well as Hyundai’s Vernay.

Cupra driver Gene had started the first Battle from the inside lane, but was tipped into a spin by Rodrigo Baptista’s Giulia ETCR by Romeo Ferraris, relegating him to the back of the pack.

He made amends with victory in his Round 2 Battle in Pool A over Chilton, while Baptista - who was penalised eight championship points for causing the incident - was defeated by team-mate Coletti in the other Pool A Round 2 encounter.

Sunday’s action - which switches to Vallelunga’s longer 3.2km layout - begins with the Round 3 time trial, which sets the grid for the SuperFinals, one of which is held for each pool.

The overall victory will go to the highest points-scorer overall coming from either Pool.