Three-time World Touring Car champion Andy Priaulx has stepped down from his drive with the Cyan Racing Lynk & Co squad for the 2020 WTCR season.

Priaulx, who won his three titles as a factory BMW driver from 2005-07, has made the decision to focus on the career of his son Sebastian, who is a member of the Multimatic Ford squad and is expected to compete this year in the GT4 class in the US.

Guernseyman Priaulx returned to tin-top competition with Cyan last year for the first time since his British Touring Car Championship programme in 2015, having raced for the Multimatic-run Ford GT programme in the World Endurance Championship in the intervening seasons.

His campaign with Cyan last season meant readjusting to front-wheel drive, and Priaulx finished 18th in the standings, with one win to his credit in Macau.

Autosport understands that Priaulx's decision to pull out of the World Touring Car Cup for this year marks the end of his full-time driving career, but that he will continue to race in selected events and retain a full involvement in motorsport.

"It was a tough call, a really heart-wrenching decision," said Priaulx.

"But sometimes less is more and I had to make a decision to try and be successful in other ways outside of the car, helping my son Sebastian with his commitments in the US.

"It's not about retirement, but I didn't want to be in a position where I was not being able to fully commit to what Cyan Racing is doing.

"The plan is to keep racing and Sebastian needs a lot of time for me to give his career the opportunity that I had and that my father gave me at the beginning of my career. 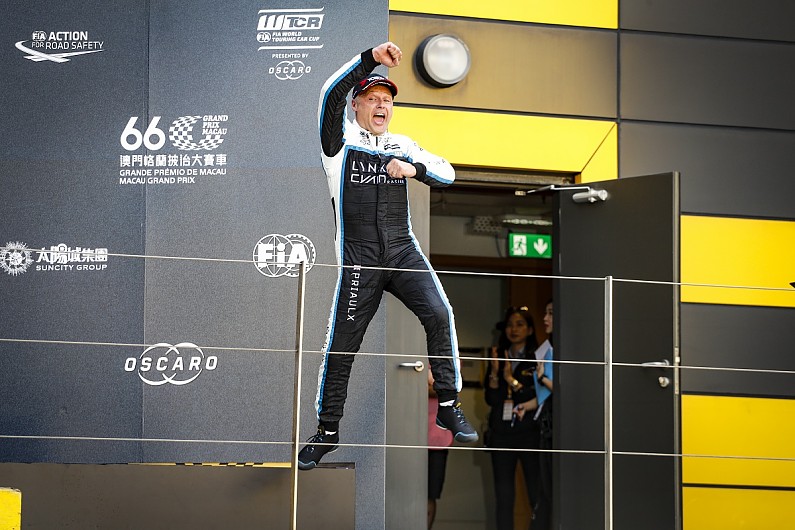 "The coronavirus pandemic and Sebastian's US programme just made the situation impossible.

"I am really proud to have secured the first ever Chinese world title in motorsport [the WTCR manufacturers' crown] with Lynk & Co Cyan Racing and I wish the team all the best.

"They have a really good shot at great results this year again and I hope that we will be back together somehow in the future."

"We do, however, fully respect his decision and we will keep in touch with him for the future. We have begun our work to find a new driver for the coming season."

Bjork added: "I am sorry to see Andy go. We had a great cooperation last year, and I wish him the best for the future."