The World Touring Car Cup is set to reveal a revised 2020 schedule in the wake of the news that its Vila Real street race in Portugal has been axed.

The opening round in Hungary and the following event at the Nurburgring had already been lost from the 2020 WTCR schedule in the wake of the coronavirus pandemic, leaving the third round in Slovakia as the provisional season opener.

However, Francois Ribeiro, the boss of series promoter Eurosport Events, has revealed that a new schedule has been drafted that will shortly be communicated to the FIA.

He said the condensed campaign will now commence in August and run through November, but no attempt will be made to reschedule the Vila Real round in the current climate.

"We perfectly understand the decision to cancel WTCR's Vila Real round for 2020," said Ribeiro.

"We have tried to find solutions with the local organiser but had to admit that the city is facing other priorities to help its local people during the COVID-19 crisis.

"The spirit of the Vila Real event has always been to celebrate motorsport during the weekend of the Festa da Cidade by gathering people together in the streets of the city. 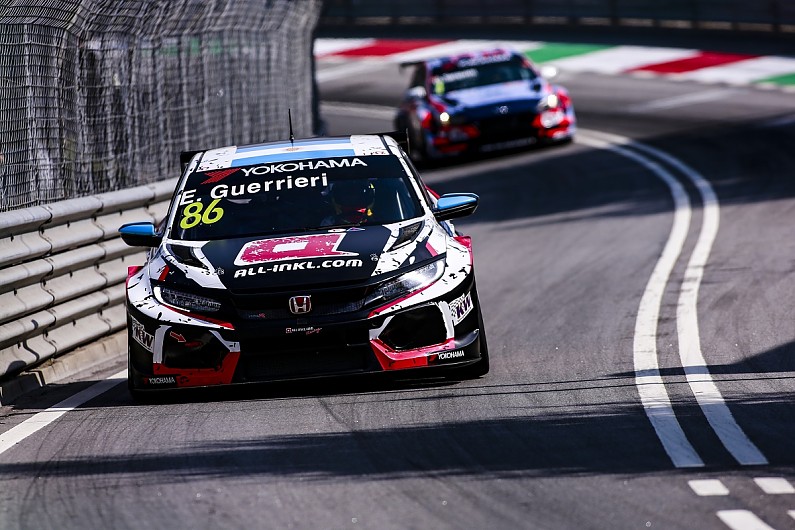 "Obviously, we would have been far away from any festive atmosphere come the end of June, so we took the decision with the Mayor of the city to write off the 2020 edition and come back stronger next year, when the Vila Real races celebrates its 90th anniversary.

"The revised WTCR calendar is ready and will be submitted next week to the FIA for approval.

"Our teams have been kept informed, and Eurosport Events and the FIA are working hard together to deliver a compact and action-full season from the end of August up to November based on a calendar scenario which will allow the WTCR community to safely go through what is an unprecedented year 2020."

The cancelled Hungary round had been replaced by a pair of extra races at Aragon, while extra races had been added to the Vila Real and Salzburging rounds to make up for the loss of the Nurburgring 24 Hours support races.

It remains to be seen how many of the remaining venues - which also included Ningbo in China, the Inje Speedium in South Korea, Macau and Sepang - will make it on to the final schedule.