Shedden hit the tyre barrier at the tight Moorish right-hander late on in Q1 and, while the Hondas of Tiago Monteiro and Esteban Guerrieri were able to avoid his RS3 LMS, the car was then rear-ended by the unsighted Norbert Michelisz.

That blocked the track, with a Q1-ending red flag shown immediately in order to recover the two cars.

Audi confirmed on Friday evening that the damage to Shedden's car was too severe for it to be repaired at the circuit.

Shedden had been 16th at the time of his crash, but had his fastest time deleted for causing a red flag, and instead would have started both the second and third races 23rd. He was 24th in the first qualifying session, which set the grid for Saturday's opening race. 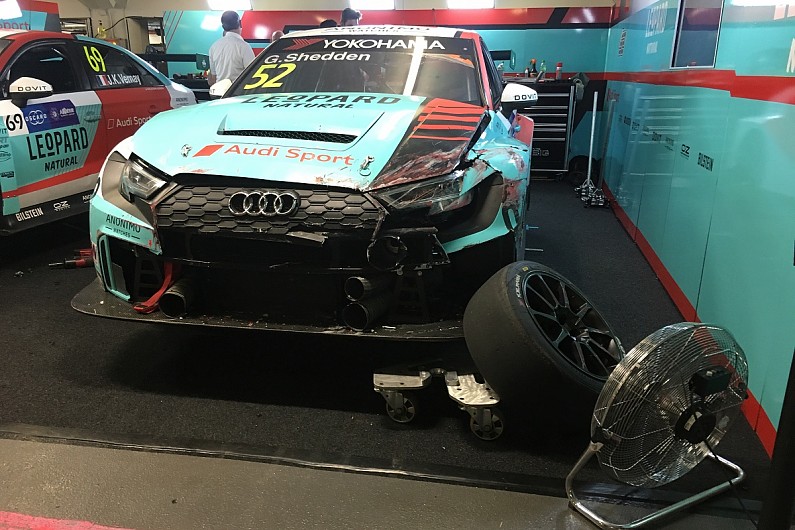 Title hopeful Michelisz, who qualified second for race one, said the crash was a "disappointing" end to his participation but expects his car to be fit to race, despite his Hyundai i30 N's front-left corner sustaining significant damage.

"We had the car today to progress to Q2, then probably even to fight for the top five," he said.

"The strategy was to have Gabriele [Tarquini] with the slipstream, we did two attempts in the end.

"We had to push to get to the line for the last run, and in the end at Turn 16, it's a blind corner, Shedden went into the barrier, he was blocking half of the circuit and I collected him. I couldn't do anything to be honest to avoid this.

"Still we have a good chance tomorrow in race one to score big, and also starting from P12 there are points on the table.

"My main aim is to collect as many points as possible, we are still in a good position to score points in all the three races." 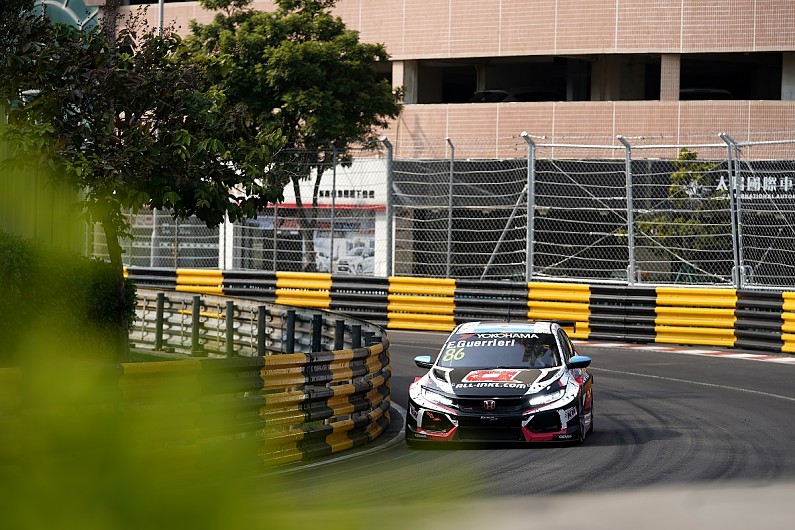 The two drivers had jostled for track position as they exited the pits and ran through the Mandarin kink down to Lisboa in Q2.

Guerrieri was adjudged to have impeded Catsburg and gesticulated at him during that sequence, and as a result was handed a three-place grid penalty for the second race.

Thed Bjork and the Alfa Romeo Giulietta Veloce of Kevin Ceccon will also move up one grid position each to second and third respectively.

Catsburg's starting positions are unaffected by Guerrieri's penalty. The BRC Racing Hyundai driver progressed from Q2 to the pole position shootout segment and qualified fourth, meaning he will line up seventh for the reversed-grid race.