A maximum of 26 cars will be allowed to enter the new world cup, which will replace the World Touring Car Championship from 2018 as part of a deal that also means the series will adopt TCR regulations, on a full-season basis.

Priority for those grid slots will be given to current WTCC and TCR International Series outfits, while two wildcard entries will be also permitted at each round.

The 2017 WTCC grids ranged from 15-19, while the TCR International field was regularly in the mid-20s.

Ribeiro, who heads up WTCC promoter Eurosport, said the limit would allow the best drivers from the two superseded series to get seats and, by prioritising "quality" over quantity, would also reduce the risk of interference from one-off entries.

"I asked the touring car commission to restrict the entries to 26 plus two wildcards, because I think we will get 26 cars and I'm after quality, not volume," Ribeiro told Autosport.

"I really had the feeling from day one that by putting [together] the TCR regulations, FIA as a regulator and Eurosport as a promoter, and by having Marcello [Lotti] closing down his TCR International Series, we could deliver that quality and would not need to go beyond 26 cars. 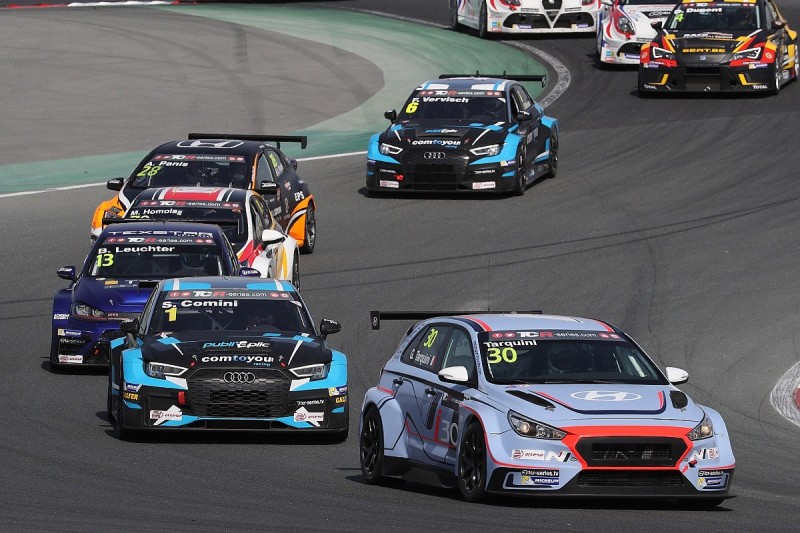 "I prefer to give visibility to 10, 12 teams over two years and deliver a great championship and have only good teams with good, technical support from manufacturers, good driving standards from both WTCC and TCR sides than going after a big grid of 30-plus cars [and] leaving the door open to all the national entries and having a season that's difficult to handle on the sporting side, with a big discrepancy on the driving side and a lot of red flags and race incidents."

Before creating the TCR concept, Lotti had been WTCC general manager and presided over the championship from 2005 until his exit on the eve of the '14 season when the WTCC introduced TC1 technical regulations.

Ribeiro said Lotti was the only person who could create such a platform without external help.

"I understand that many people, the market, have put us in competition, but I think he respects what we are doing since he left and I respect very much what he has done over the last three years to develop the TCR concept from scratch.

"Outside the FIA, directly with manufacturers, it's not an easy job. He is probably the only one on the market with the skills to do this."