WTCC boss surprised by Citroen's decision to drop Loeb in 2016

Citroen's parent PSA group announced last November that the manufacturer would exit the championship at the end of this year, when it will switch its focus solely to its World Rally Championship commitments.

As a precursor to its departure, the marque's works 2016 fleet has been trimmed from four cars to two - with Loeb axed from its line-up.

Ribeiro, whose relationship with the nine-time WRC champion goes back nearly 20 years, said he had been taken aback by the decision.

"Sebastien said he was surprised [and] disappointed; I would add I'm sad," he said. "I'm really sad. I was not expecting that decision.

"Their decision to go back to rallying was more expected to me, but the decision about Sebastien was not something I was expecting.

"I've known him since [French rally talent scheme] Rally Jeunes, since 1996. Sebastien was an electrician at that time, I still have a picture of him - it was not very glamourous - and so I met Sebastien when I was organising that.

"When he gave me a phone call to tell me it was over [with the Citroen WTCC team]... I know his voice, and I know how disappointed he was - and so was I.

"I was speechless. I did not understand but it's difficult to comment."

Having played a significant role in bringing Citroen to the WTCC, Loeb had entered the championship with the understanding that he would race for three years.

That the Frenchman, also a valuable branding asset to the championship, would not be given the opportunity to contest a third campaign puzzled Ribeiro.

"I'm sad for him and the championship that he doesn't have the chance, as he said on his Facebook account, to see how far he can go on his learning curve to challenge [Jose Maria] Lopez," Ribeiro said.

"Lopez is clearly one step ahead of everybody today but I am sad because I respect the challenge [Loeb took on].

"At 40 years old, you are nine times World Rally champion and all of a sudden you say 'next year I'm a rookie'. How many drivers can do this?

"In his mind he was programmed for three years and he knew that his learning curve would be progressive and it is sad to see that he will not be given the chance to go for that third year.

"But it's not his decision, not my decision, and unfortunately there is nothing I can do to help and fix it.

"I was not expecting this, I think nobody was. I haven't been given any explanation.

"I gave him a WTCC pass - it was a joke but I told him the door is always open and if you feel you have unfinished business with WTCC, you give me a phone call and we try to find a solution." 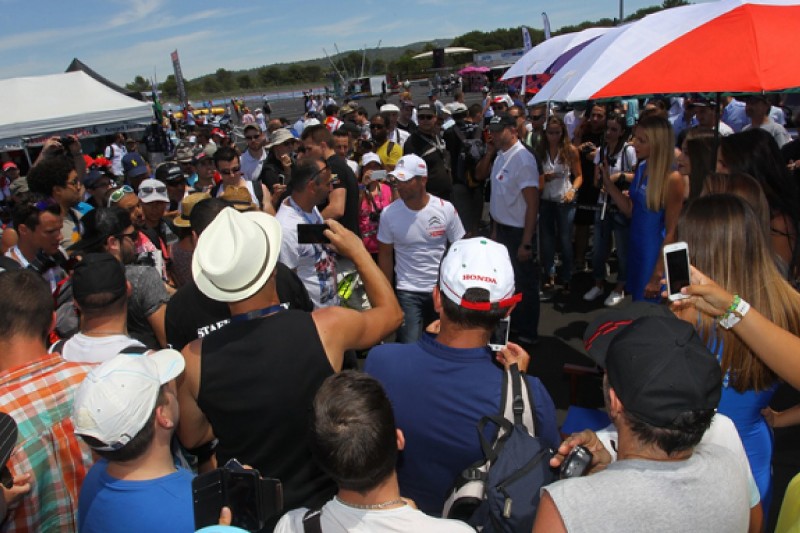 Lopez: Honda, Lada, Volvo can all challenge Citroen in 2016 WTCC