Polestar Volvo will make another change to its World Touring Car Championship driver line-up for the Motegi round, with Argentinian Nestor Girolami replacing Robert Dahlgren

A double champion in the Argentinian Super TC2000 series, Girolami took part in two rounds of the WTCC last year, filling in for Rickard Rydell with the Nika Racing squad in Slovakia and Portugal and securing a best result of eighth place.

Girolami spent the previous race weekend in Argentina earlier this month with Polestar and tested for the team afterwards.

Though the Motegi drive is a one-off for now, Girolami is aiming to secure a longer-term deal.

"It's my objective to be part of the WTCC next year and I will fight for it," he said.

"I shared the Argentina race weekend with the team and I learned a lot about the car before the test. 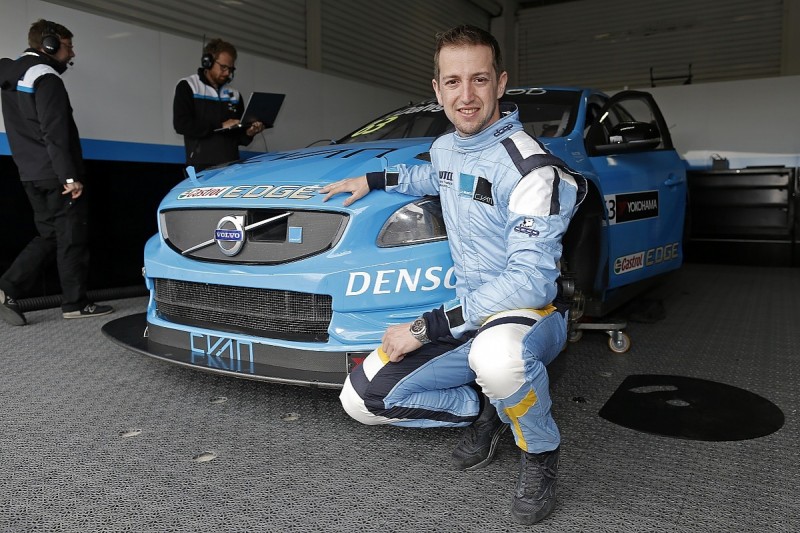 "The test was very, very good for me and a good opportunity to show what I can do.

I did 30 laps and the conclusions were very good. I felt great potential in the Volvo S60.

"My goal for Japan is to take this one step further and above all demonstrate that I have the speed, engineering skills and racecraft to become a part of the team in the future."

The identity of Volvo's second driver for the remainder of the season is unclear, with Polestar confirming that Dahlgren will now turn his full attention back to its Scandinavian Touring Car Championship programme - where he is challenging team-mate Richard Goransson for the title.

Dahlgren was brought in by the team for the Vila Real WTCC round - taking the place of Fredrik Ekblom, who had started Volvo's first season back in the series alongside Thed Bjork.