The team joined the series after clinching the 2012 FIA GT1 crown with Marc Basseng and Markus Winkelhock. The latter then stepped down from WTCC duties, allowing the team to recruit Huff.

Though it has won with its SEAT in its first season, team manager Basseng believes the massive disparity between 2013 and '14 cars - the new breed is likely to be around three seconds per lap faster - means it would make no sense for the team to remain in its current guise.

Basseng says Munnich has the budget to secure new cars, but has limited options given that Honda, Citroen and Lada will not be available.

RML, which is close to finalising a deal to build new Chevrolets, is therefore the sole option.

"The problem is at the moment it looks like there is no possibility to get a new car even if you have the budget," Basseng told AUTOSPORT.

"Unless we get a new car we will not continue with our programme like this year, with Rob and I. Maybe Rene [Munnich] will do some races in the second category, but it will make no sense to continue what we have in 2013.

"We want to continue, we have the budget to do so, but maybe we have to take a year out and focus on returning in 2015.

"There are maybe some possibilities with Chevrolet, but for this we need more information. 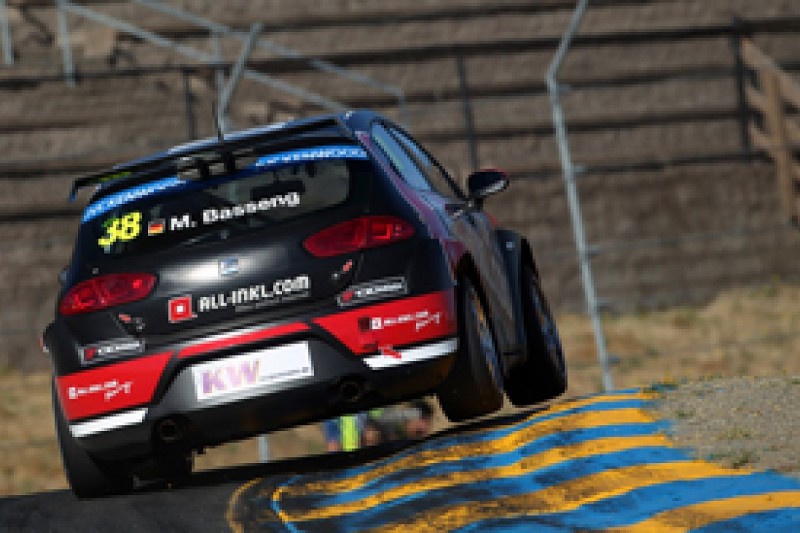 "What is sure is that we will not compete with the old cars."

Basseng said the team could shift its focus to rallycross, in which it has a long-standing involvement.

"The FIA World Rallycross is coming and that is actually what we have done for a long time, so maybe we focus on that," Basseng said.

"I am team manager, so I will stay with the team. I also have commitments with Audi, so maybe I increase the amount of GT races I do.

"We will see - it's a difficult situation to be in."