The Vienna-based firm announced last month that it had retained Latvian driver Janis Baumanis for a third term.

STARD has run a Fiesta Mk7 (pictured above in 2018) since entering the series, but is now creating a Supercar based on the newest Mk8 iteration of Ford's hatchback.

"For 2019 we took the decision to develop a completely new car, which also gave us the chance to choose a new platform," said STARD CEO Michael Sakowicz.

Just 10% of the components used in STARD's previous-generation Fiesta are being carried over onto the new car, which includes an all-new engine.

"Due to the FIA technical regulation, the base road car's specification has a significant influence on the race car development, so it is very important to make the right choice at the beginning," Sakowicz added.

"Based on our experience with the previous generation Fiesta, and a very careful investigation we believe that the latest Ford Fiesta ST is perfect base for a successful rallycross Supercar." 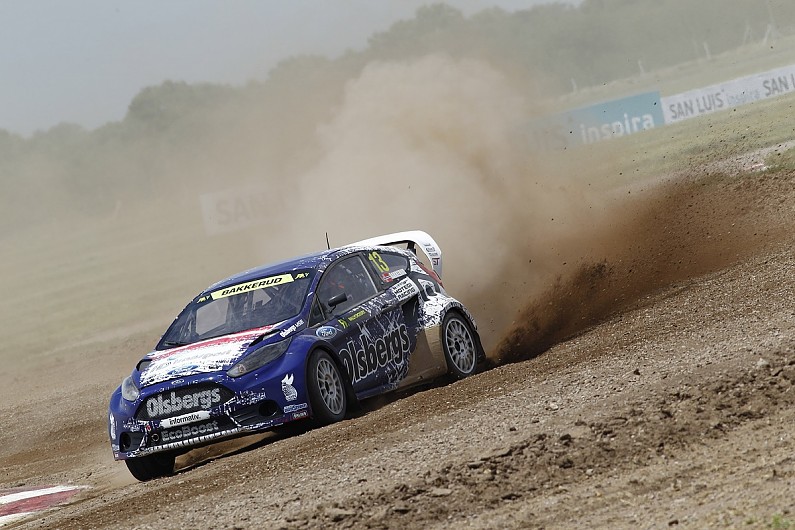 Ford is one of the marques linked with possible involvement World RX's planned 2021 electric switch, while STARD is the producer of the first publicly aired twin-motor, four-wheel drive electric rallycross prototype.

"We know quite well what benefits it has to run an entire vehicle development project with the manufacturer's involvement as this was the case in 90% of our projects so far," said Sakowicz.

"The support from Ford Performance definitely is a game changer for us.

"We can apply processes in the development and race activity and also support our customers in a way which is only possible if you are cooperating with the manufacturer.

"Therefore we have high expectations for our new car in the WRX environment.

"We are very thankful and happy about the new situation and I also see it as confirmation and reward for the team's hard work throughout the recent years."

STARD will be making its new Fiesta immediately available to customers.