Mattias Ekstrom's EKS Audi Sport World Rallycross team will expand from two cars to four at next month's Latvia round.

Audi DTM driver Nico Muller will race at the Riga event in a 2018-specification Audi S1 for the manufacturer-backed squad, alongside Andreas Bakkerud and Ekstrom.

Muller made two starts with the team in World RX last season in France and Latvia, finishing sixth in the second event.

EKS will also run a 2017-based car in the French round this weekend and in Latvia for two-time European Rallycross Super1600 champion Krisztian Szabo, who will graduate to the Supercar category in Euro RX with the squad.

Both Muller and Szabo conducted significant running with the team at the World RX mid-season test at the Bikernieki circuit in Latvia last month.

"It's a real pleasure to be back in race mode with EKS Audi Sport and to present BWT colours on the World RX grid," said Muller.

"I have done some testing since my last race outing and the new car is for sure faster and I can feel the improvements have been done in all areas.

"Despite the competitive field at the top of World RX nowadays, I would hope to repeat or even improve the result from last year's Latvia RX.

"This is a track I like and know well, so the chance is there - I just have to do my best and I have a fantastic team that will help me to achieve it." 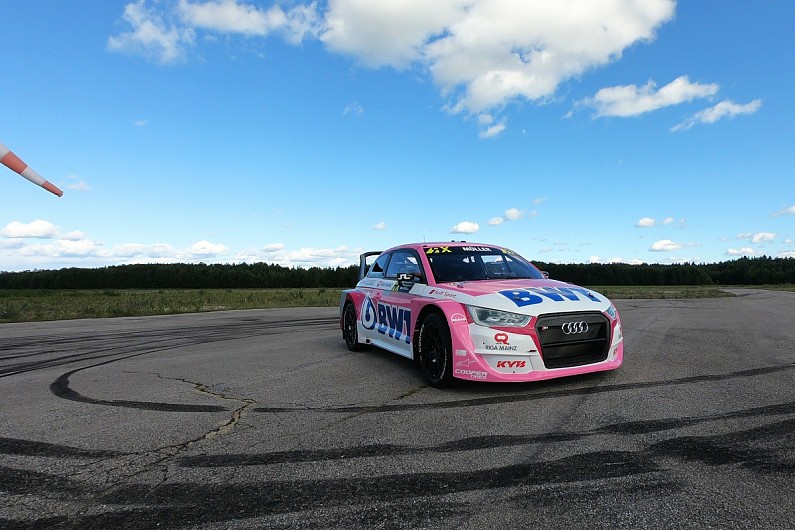 Ekstrom said he was pleased to have former Audi DTM colleague Muller back in his squad for the event.

"It is really exciting to have Nico back in World RX," said Ekstrom.

"He has done a couple of tests with us this season and has tried out our new Audi S1 EKSRX quattro.

"Last year he did well in Loheac and Riga, so I am pretty sure he will be up to pace straight away and will make a it a memorable race weekend."