Former World Rally Championship star Markko Martin has opened up about helping Ott Tanak and has reflected on the anniversary of his maiden WRC win at the Acropolis Rally.

The Estonian effectively retired from the sport after pulling out of the final four rounds of the 2005 season following a crash at Rally GB that tragically killed close friend and co-driver Michael Park.

Martin has made sporadic one-off appearances in local rallies since and has played a key role in helping countryman and 2019 WRC champion, Tanak, with his rise through the rallying ranks.

The 45-year-old now owns the Red Grey rally team that runs Hyundai’s WRC2 programme, which has allowed Martin to return to the Acropolis Rally this weekend, the scene of his WRC breakthrough win 18 years ago.

In a rare interview, on WRC Live, Martin reflected on his career and his role with Tanak.

Martin’s MM Motorsport team ran Tanak in the Estonian Rally Championship in 2008 and 2009 and the pair have remained close since, with Martin acting as an advisor for the Hyundai driver.

“We have a long history together,” said Martin, when asked about his relationship with Tanak.

“I think the idea is to help Ott as much as possible with different types of rallying. Whenever I can be a benefit I try my best so that is what I’m doing.” 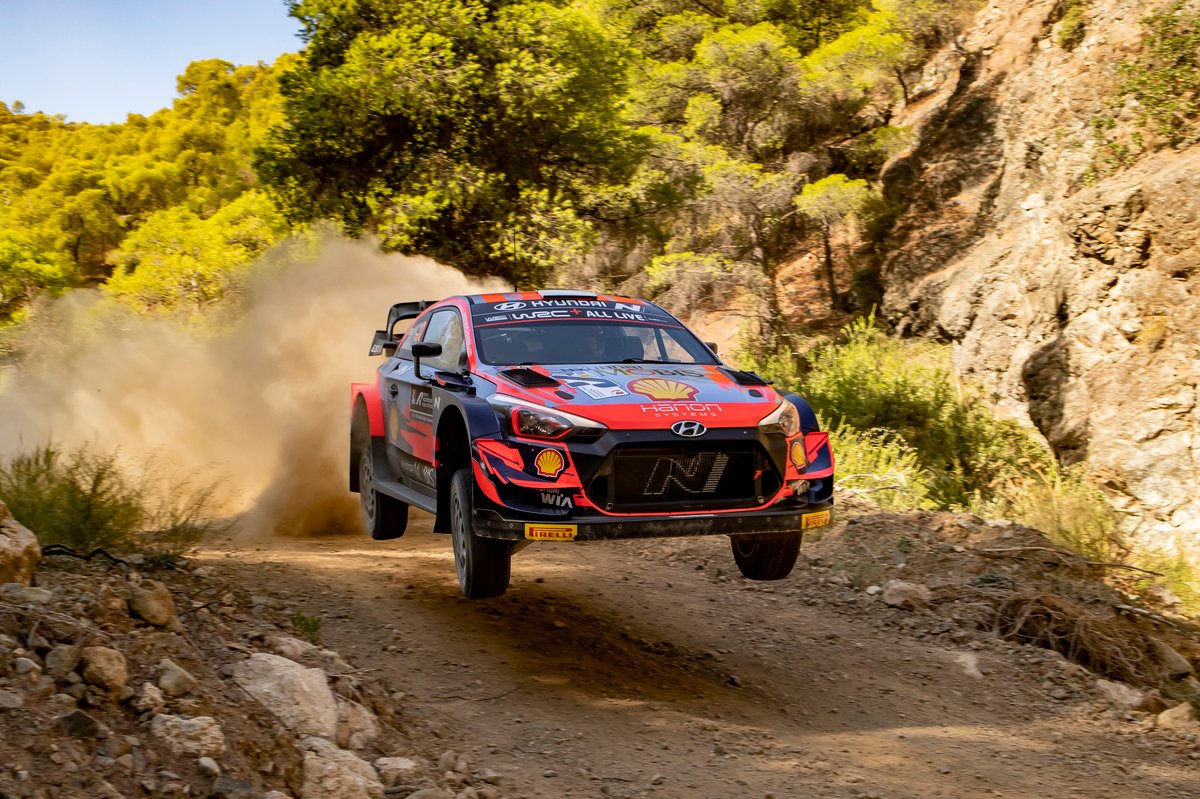 Asked if he was the catalyst for talents such as Tanak coming through the ranks out of Estonia, Martin added: “First of all Estonia had the rally interest a long time ago before me, but I think it highlighted at the time that it was a completely new level for us and it created a lot of interest and that has carried on and still going strong in Estonia.

“I still try to keep myself a little bit busy with rallying.”

Casting his mind back to his famous breakthrough WRC win at the 2003 Acropolis Rally, he described the achievement as “special” and has enjoyed re-reading about his success in the media this week.

PLUS: The WRC drivers that came of age at the Acropolis Rally

Martin’s success came after a puncture denied him a likely win at the Greek round the previous year.

His triumph also provided one of the WRC’s most iconic moments. While in the lead, Martin hit a compression that forced the bonnet of his Ford Focus to smash into his windscreen leaving him to drive the remaining 20km of the stage effectively blind.

The bonnet also blocked his roof vent causing Martin to overheat, almost to the point of collapse.

“I didn’t win so many [WRC rallies], so I remember all of them,” said Martin.

“The first one is so special because it came in a hard way as well, I had that moment with the bonnet and I thought ‘no not again’. Luckily it worked out and we managed to win it.

“I was pretty shocked not really about the bonnet but because we had lost so many rally wins to mechanical issues so my first thought was not again.

“There was no thought about stopping so we drove like that.

“I couldn’t see much, I was looking out of a mailbox opening and I couldn’t see very far ahead so there was a lot of concentration needed to see the road and the corners coming. The main issue was the roof vent was blocked and there was no air coming in at all.

“In Greece it was hot so it was creating more and more heat in the car. I really started to lose it.

“We somehow made it to the end but I was close to collapsing.”