WRC Rally Mexico: Citroen's Meeke has 'no excuses' for performance

The 2017 Mexico winner led after Friday's second stage but a series of spins over the remainder of last weekend's event and put his Citroen C3 on its side on the final morning.

He eventually finished close to a minute and 20 seconds behind Sebastien Ogier's winning M-Sport Ford Fiesta.

Meeke felt he should have done better, having started the event in a favourable seventh place in the running order.

Asked to describe his rally, Meeke told Autosport: "It's been shite. S.H.I.T.E. Too many errors from me this weekend.

"I had the car, I had the road position and the pace to win and I wasn't able to convert it.

Despite his tough weekend, Meeke still sits fourth in the championship standings, three points behind Andreas Mikkelsen but 20 and 24 adrift of Thierry Neuville and Ogier respectively.

Meeke's team-mate for the weekend Sebastien Loeb led on his first gravel WRC start for five years until he picked up a puncture on Saturday morning. 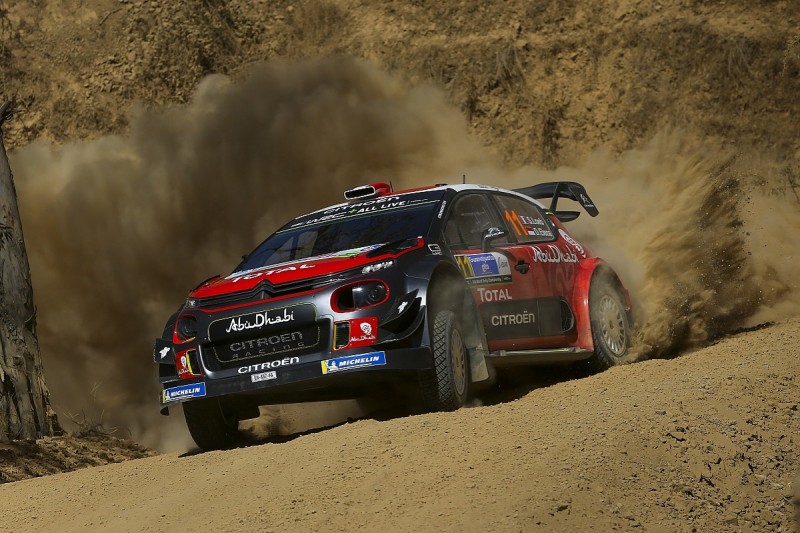 That relegated the nine-time champion to fifth, where he remained for the rest of the event.

Assessing his performance, Loeb said his frontrunning pace had been a "nice surprise".

"I obviously had no certainty about my level, bearing in mind that everyone is fighting over tenths of a second, and that it doesn't take much to find yourself left behind a little bit," said Loeb, who will also contest next month's Tour of Corsica for Citroen.

"So it was a nice surprise to be on the pace! I'm just a bit frustrated that I wasn't able to test myself properly against the others right to the end because of the puncture.

"In any case, it was a very good weekend and that was the initial aim of this comeback.

"I hope I can now go on to get a good result in Corsica, even though I'll still have quite a few things to refamiliarise myself with."