The World Rally Championship returns to Europe as Estonia hosts the seventh round of the 2022 season this weekend. Here's the key information you need to know.

Following the brutal gravel of the Kenyan Savannah last month, the WRC teams and drivers head to Estonia to tackle its smooth, undulating and fast gravel roads that have drawn comparison with those seen on Rally Finland.

Toyota’s Kalle Rovanpera returns to the scene of his breakthrough WRC win last year with a 65 point championship lead over Hyundai’s Thierry Neuville, after recording a fourth victory of 2022 in Kenya. There Rovanpera clinched his sixth WRC career win, despite starting first on the road, by 52.8s from team-mate Elfyn Evans as Toyota completed a 1-2-3-4 - its first top-four sweep since the 1993 Safari Rally.

Neuville finished fifth, but limited the damage after claiming five bonus points for winning the rally-ending powerstage. His team-mate Ott Tanak remains third in the standings, but retired from the Safari Rally due to mechanical issues, so the Rally Sardinia winner will be eager to bounce back on home soil.

Toyota’s Takamoto Katsuta heads to Estonia having moved up to fourth in the championship standings after claiming his first WRC podium for 12 months, with third in Kenya leapfrogging him above Evans.

The Welshman is now sixth in the standings, just behind Craig Breen, who continues to lead M-Sport Ford’s championship hopes in fifth. The Irishman took second place in Estonia when driving for Hyundai last year.

This weekend sees the return of Esapekka Lappi in the third Toyota GR Yaris vacated by eight-time world champion Sebastien Ogier, who is contesting a partial campaign. Meanwhile at M-Sport, Pierre-Louis Loubet rejoins the team for his fourth start of the year, after sitting out Safari Rally Kenya.

What is Rally Estonia

Rally Estonia is the Baltic nation’s largest motorsport event, which originated in 2010. The gravel rally became a fixture on the European Rally Championship calendar in 2014, before joining the World Rally Championship schedule for the first time in 2020.

The rally, based out of Estonia’s second city Tartu, features smooth gravel roads featuring several crests and jumps which are paired with more technical sections on wide and narrow forest roads. The rally is a true test of speed on gravel. 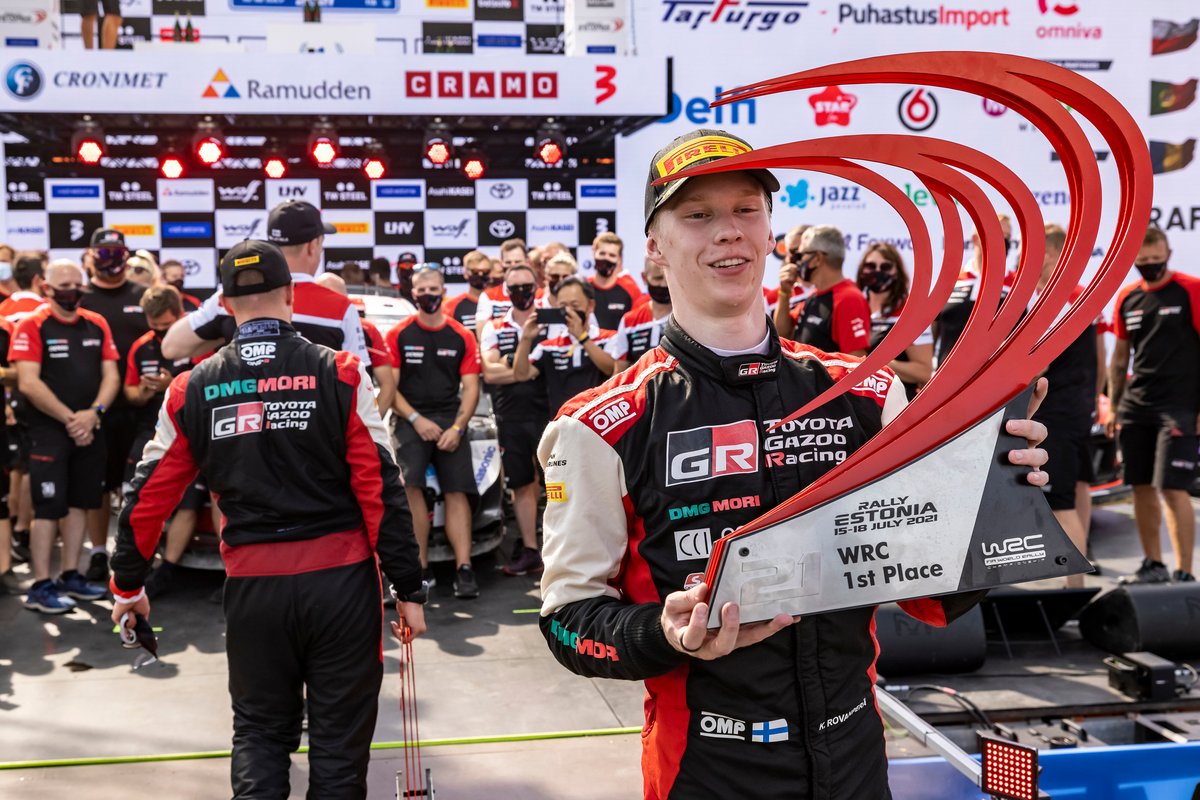 Rovanpera's Estonia 2021 win opened the floodgates for the Finn, who has won four times this year and leads the WRC standings

Estonian rally idol and 2019 world champion Ott Tanak holds the record for the most Rally Estonia victories with four (2014, 2018-2020). Tanak won the inaugural WRC edition of the rally in 2020, which marked his first triumph driving for Hyundai.

Last year Kalle Rovanpera dominated the event to claim his first WRC win, becoming the youngest-ever winner of a WRC round aged 20. The Finn has won six of the last 12 WRC rallies stretching back to Estonia last year.

This year’s edition will be contested over 24 stages, comprising 314.26km across four days of competitive action. 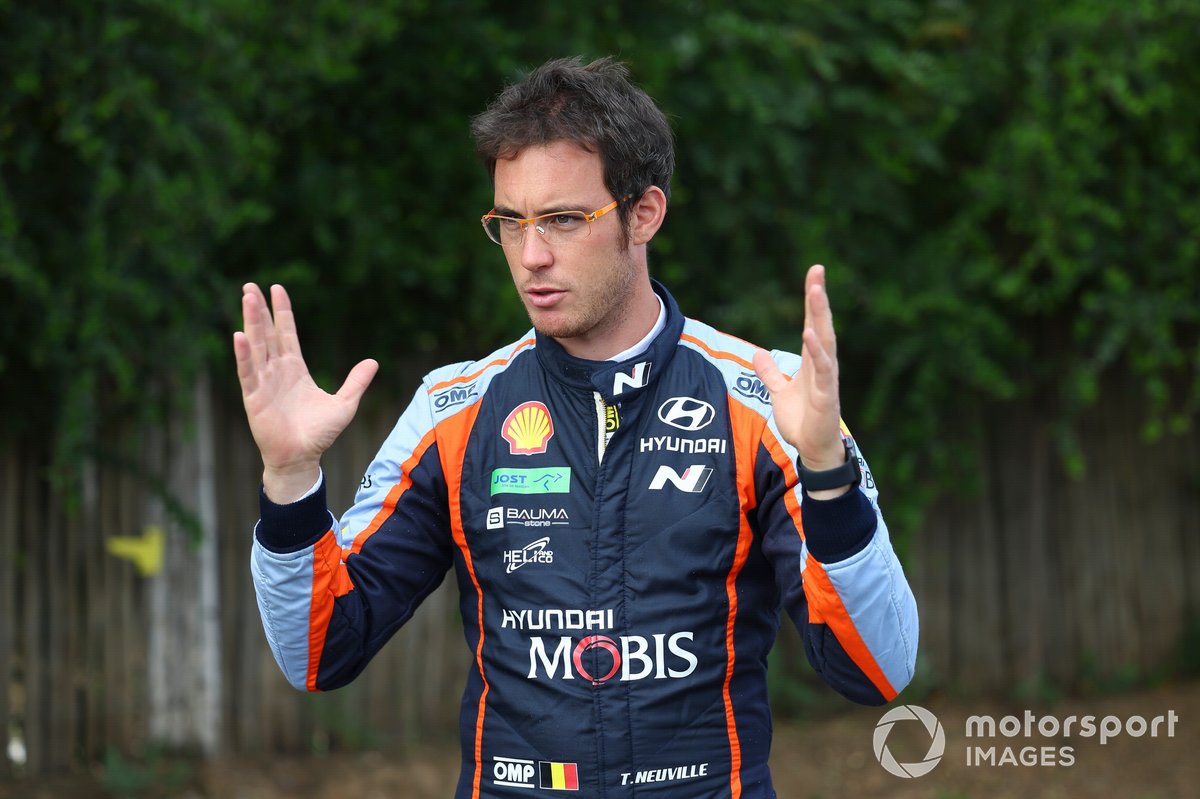 Neuville will be the second driver into the stages

The field also includes former Hyundai factory WRC driver Hayden Paddon, who will join the WRC2 class in a Rally2 i20 N.

This year marks the introduction of new Rally1 regulations, designed to move the WRC into a much more sustainable future and to attract new manufacturers. They have resulted in Hyundai, Toyota and M-Sport Ford designing and building all-new cars around a new safer, steel spaceframe chassis.

Cars will be up 70kg heavier than their predecessors, mainly due to the addition of the hybrid system. In total, Rally1 machines weigh in at approximately 1260kg. 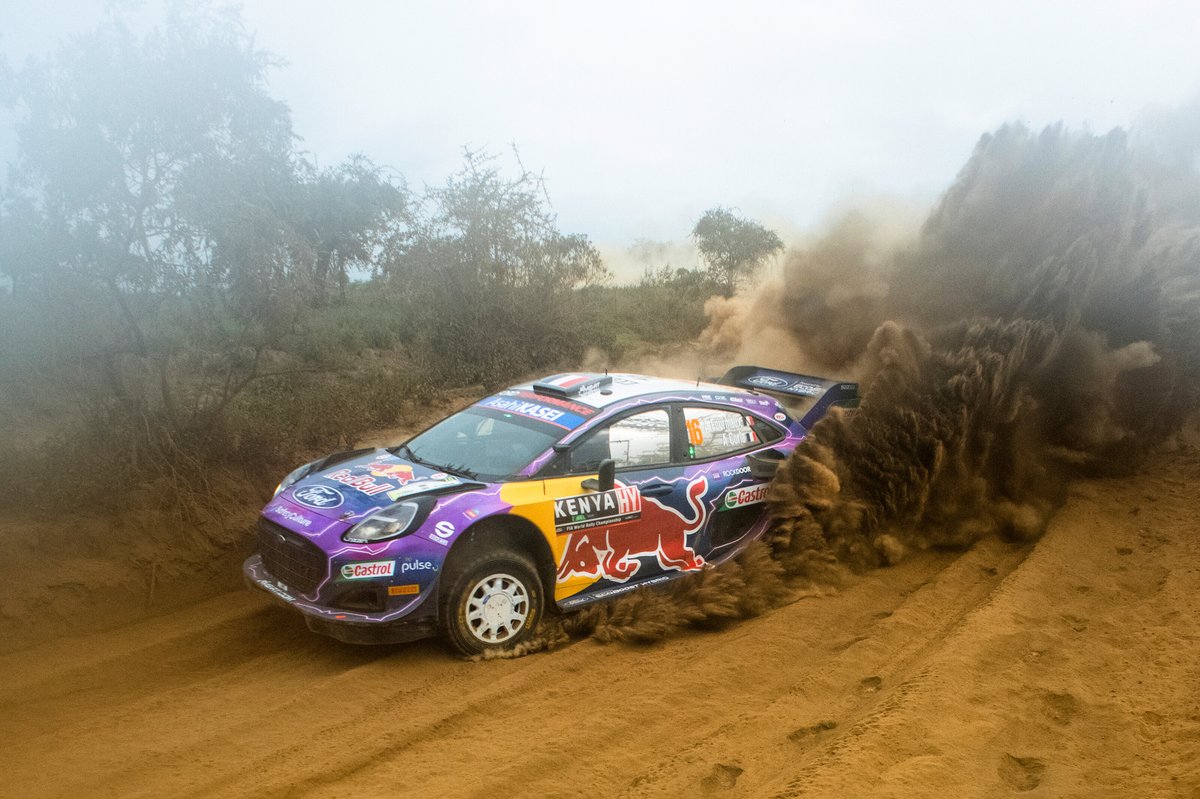 Rally1 hybrid cars will be making their debuts in Estonia

The new regulations have effectively abolished extra aerodynamic devices such as wings and flicks being added to the bodywork outside of the front splitter and rear wing. The overall downforce created, and its effect on the car, has been reduced by approximately 15% compared to the previous generation of vehicle.

Trick centre differentials used to finetune handling are now banned in favour of a simpler front and rear mechanical limited-slip differentials, offering a fixed 50:50 torque split between the front and rear wheels. Suspension travel has been reduced to 270mm.

Drivers will have the use of hybrid power during every stage, with power boosts activated by the throttle pedal, while further boosts will be unlocked through energy regeneration under braking during stages.

Pilots will be required to regenerate 30 kilojoules of energy before another boost is granted for use the next time they touch the throttle pedal.

In full electric mode, the car has a range of 20km. Its 3.9KWH battery, operating up to 750 volts, can be plugged in and recharged in the service park within 30 minutes. The hybrid unit can withstand an impact of 70G. 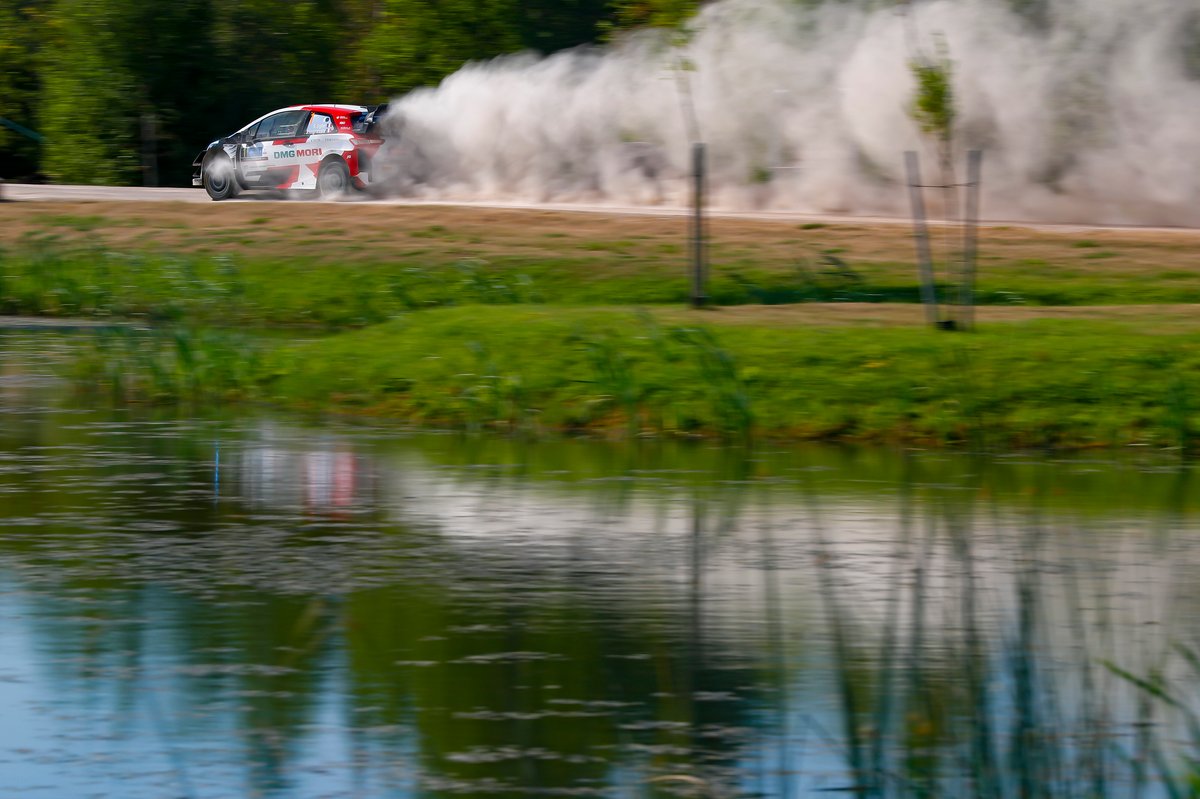 Reigning WRC champion Ogier is sitting out this year's Estonia event, with the third Toyota taken over by Lappi

Autosport will be providing reports, interviews and reaction.

WRC Plus All Live will provide live coverage from every stage. BT Sport will live action and provide daily highlights shows from every event this season.

Tanak: No extra pressure to perform at WRC Rally Estonia