Overnight pacesetter Evans managed to briefly extend his margin over championship leader Rovanpera after winning the day’s opening stage, before Rovanpera responded to close the gap to 10.2s.

Evans then stamped his authority on the morning to win the final stage of the loop to open up an 18.4s lead over Rovanpera.

The battle for the remaining podium spot intensified as a fired up Takamoto Katsuta leapfrogged Hyundai’s Dani Sordo into third overall. The Toyota driver ensured a provisional top-three lock out for the Japanese marque, ending the loop 1m19.7s behind Evans, but 3.5s ahead of Sordo.

Loeb suffered a power loss in Stage 11 from his Ford Puma which resulted in the Frenchman exiting the rally for a second time in two days. Long-time rival Ogier also hit problems on the same stage, crashing into a bank that left him beached on a hillside. 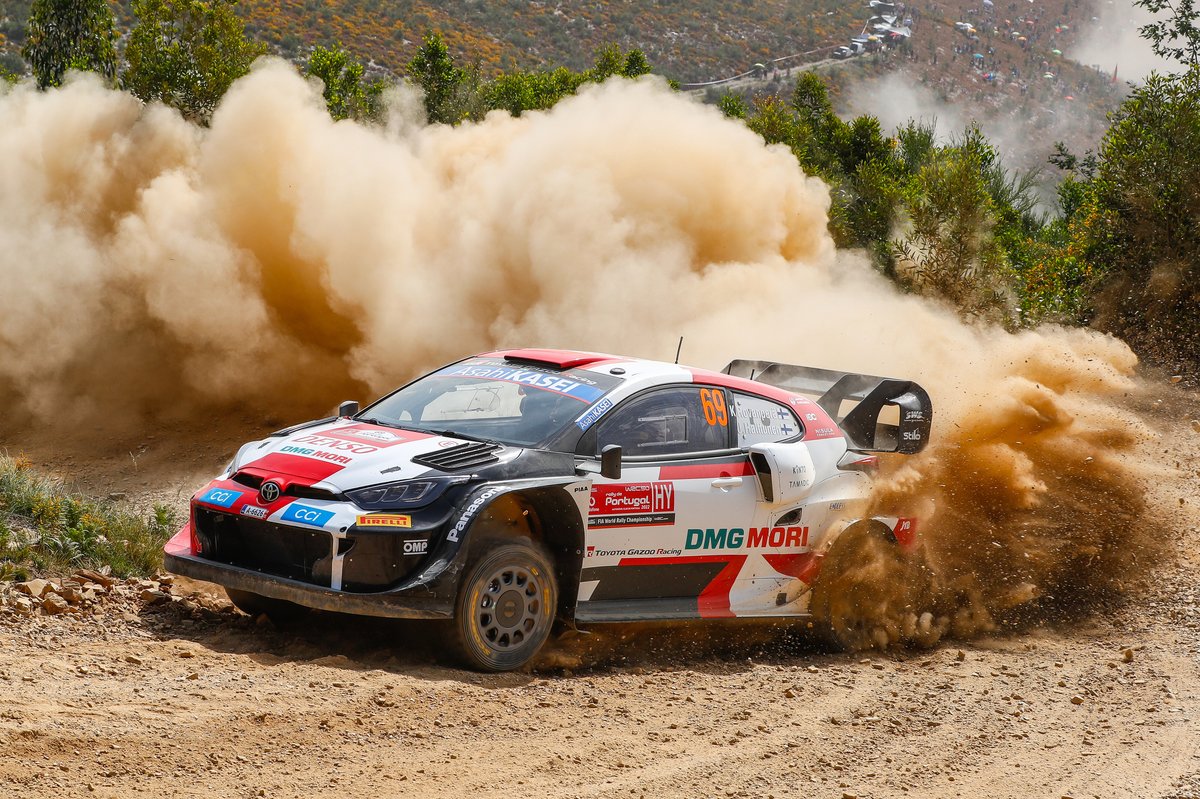 Overcast and humid conditions with a threat of rain greeted the crews for the start of the rally’s longest day, featuring almost 165 kilometres.

Equipped with fresh rubber, Evans kicked off the morning in fine form as the Welshman stormed to his fifth stage win of the rally, beating Rovanpera by 1.3s.

It was enough to extend his overnight lead to 14.9s as Rovanpera admitted he was “maybe not clean enough in places” and hampered by the extra weight of carrying a second spare wheel. Katsuta was third fastest as he took chunk of time out of Sordo.

It proved to be a difficult stage for M-Sport as Loeb and Craig Breen struggled on the slippery gravel roads after a poor decision to run two hard tyres on the front axle.

M-Sport's Pierre-Louis Loubet lost time to half spin as he also struggled for purchase, while team-mate Gus Greensmith suffered his third puncture of the event when his front right came off the rim. Greensmith lost 59s changing the wheel which dropped the Brit from fifth overall to eighth.

Stage 11 provided plenty of drama beginning with Loeb losing significant engine power that saw him pull over to conduct a reset, but it failed to rectify the problem, ending his day early.

Moments later, Ogier lost control of his GR Yaris at speed clipping a bank before coming to rest beached precariously on the edge of the road. He eventually reached the stage finish once the car was recovered after the Rally1 field had driven through.

M-Sport’s Adrien Fourmaux suffered a spin as light rain began to fall but luckily he was able to continue.

At the sharp end, Rovanpera won the stage taking 4.7s out of Evans’s lead as Katsuta continued to nibble away at Sordo in the battle for third.

Evans issued an immediate response on Stage 12, the longest of the rally at 37.24kms, making the most of tyre advantage over Rovanpera to push his lead back out to a healthy margin.

Katsuta jumped Sordo for the third as the latter was unable to match the pace of the three Toyotas at the front. 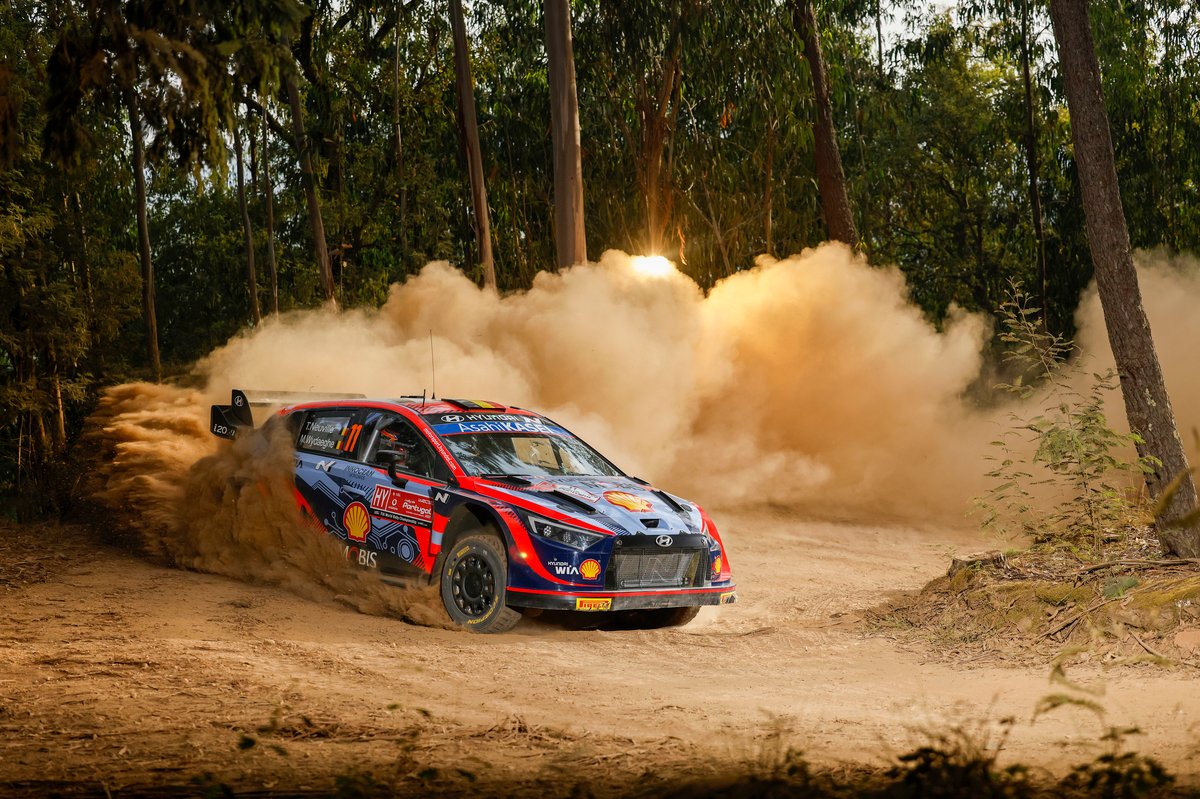 A strong run from Thierry Neuville helped the Belgian end the loop in fifth overall having jumped Loubet. Breen reached midday service in seventh ahead of Greensmith and Ott Tanak, who is more than four minutes adrift after a pair of punctures on Friday.

The rally continues this afternoon with a further four stages.