The World Rally Championship has no plans to make changes to the Rally Monte Carlo route in the near future despite an absence of snow and ice last weekend.

An unusual lack of wintry conditions transformed the WRC season opener into a flat out dry asphalt sprint, which led to several calls from drivers to move the rally further north to guarantee the traditional snow and icy stages of the past.

This was the second year the rally has been largely devoid of snow. Only the Sisteron stage in 2022 was affected by snow and ice, and for this year that stage was removed from the schedule.

PLUS: How fired-up Ogier became the WRC's ultimate Monte master

The much drier conditions has coincided with the decision of the rally organiser Automobile Club de Monaco to move the event’s service park from the Alpine town of Gap in the north to the Monte Carlo harbour, for the 90th running of the rally last year.

After claiming a ninth Monte Carlo win, Sebastien Ogier is keen for the rally to move further north to provide an added challenge.

“Unfortunately when you do the rally mainly in the south like we have done since last year there is a big chance that this can happen [there being no snow and ice]," said Ogier.

“Global warming is there, unfortunately we know that. I don’t really want to say this because I come from there but I think we all missed Gap and not just there but around there, there is the potential for some great stages.

“I heard that maybe there is chance it could come back there. I’m sure it would add some more excitement with this rally and I’m sure the fans would like to see us battling the conditions and battling with tyre choices.”

Hyundai’s Thierry Neuville agrees with Ogier and would even entertain driving longer road sections if organisers wish to keep the service park on the Monaco harbour front. 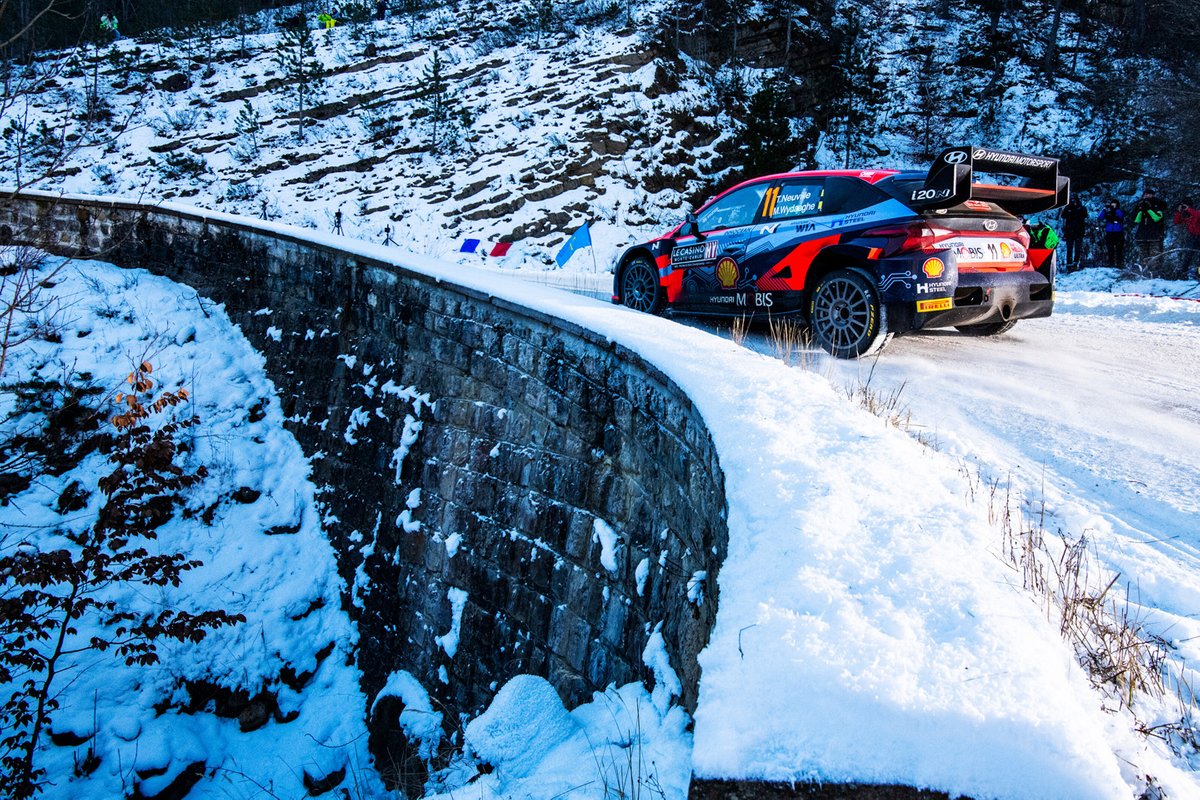 “It can still be Monaco but we need to have the stages more in the north,” he said. “Monte Carlo without snow is not the same.”

Recently, Rally Sweden organisers elected to move its rally from its traditional Karlstad home 800 kilometres north to Umea for the 2022 edition to ensure the event could guarantee wintry conditions.

However, WRC event director Simon Larkin told Autosport that the championship’s doesn’t have any plans to return to Gap or alter the route, describing this year’s unseasonably dry conditions as an “anomaly”.

“It creates a good atmosphere for everyone. The only reason we would move out of Monaco is the never ending cycle of construction in this harbour area.

“We are on the limit on how many competitors we can have in this area, and the rally was limited, and was well over subscribed, but that is the compromise we have to make.

“If and when something comes up that could cost us a couple of hundred square metres then it puts on the limit of bringing here for a year, but we will see.

“WRC Promoter and the ACM are determined to be here in Monaco with the service park, and even if that means compromising the amount of space for the teams, then that is a decision we are willing to take.”

When asked if changes to the route were being considered, he added: “No, I think anyone who skis knows there are entire ski resorts without any snow. The entire ski season has been a disaster up until now. I know there is some snow falling now.

“I think this year is a bit of an anomaly and very, very unusual. We can see how cold it was even on Thursday and it was cold at night, but the fact there hasn’t been snow is just that.”

UPDATE: In the hours following the publication of this story Gap’s Mayor Roger Didier announced that the rally would return to the town next year contradicting the statement made by the WRC.

"The excellent work we have done over the years has been recognised. We can enjoy a perfect environment for some wonderful special stages, but also a great rally culture that is part of our territory".