Ogier started Saturday’s leg with a 36.0s lead but a decision to preserve his advantage allowed Rovanpera to reduce the deficit across the afternoon to 16.0s ahead of Sunday's final four stages.

Rovanpera inflicted the most damage to Ogier’s lead courtesy of a crushing Stage 14 win held in darkness.

Hyundai finally ended Toyota’s stranglehold of the fastest stage times as Thierry Neuville cemented his third position, albeit 32.0s adrift of the lead, thanks to two stages wins from the three afternoon tests.

Neuville’s improved pace dented Elfyn Evans’ podium hopes as the Welshman, recovering from a puncture on Friday, ended the day 24.5s behind Neuville and 56.5s shy of the lead.

Ott Tanak was left to carry M-Sport’s hopes following Pierre-Louis Loubet’s Saturday morning crash. The 2019 world champion was however forced to manage a power steering issues throughout the afternoon that left him isolated in fifth ahead of Toyota’s Takamoto Katsuta.

Hyundai’s Dani Sordo battled a hybrid issue that dropped him into the clutches of improving new Hyundai team-mate Esapekka Lappi who also lost time due to a puncture. 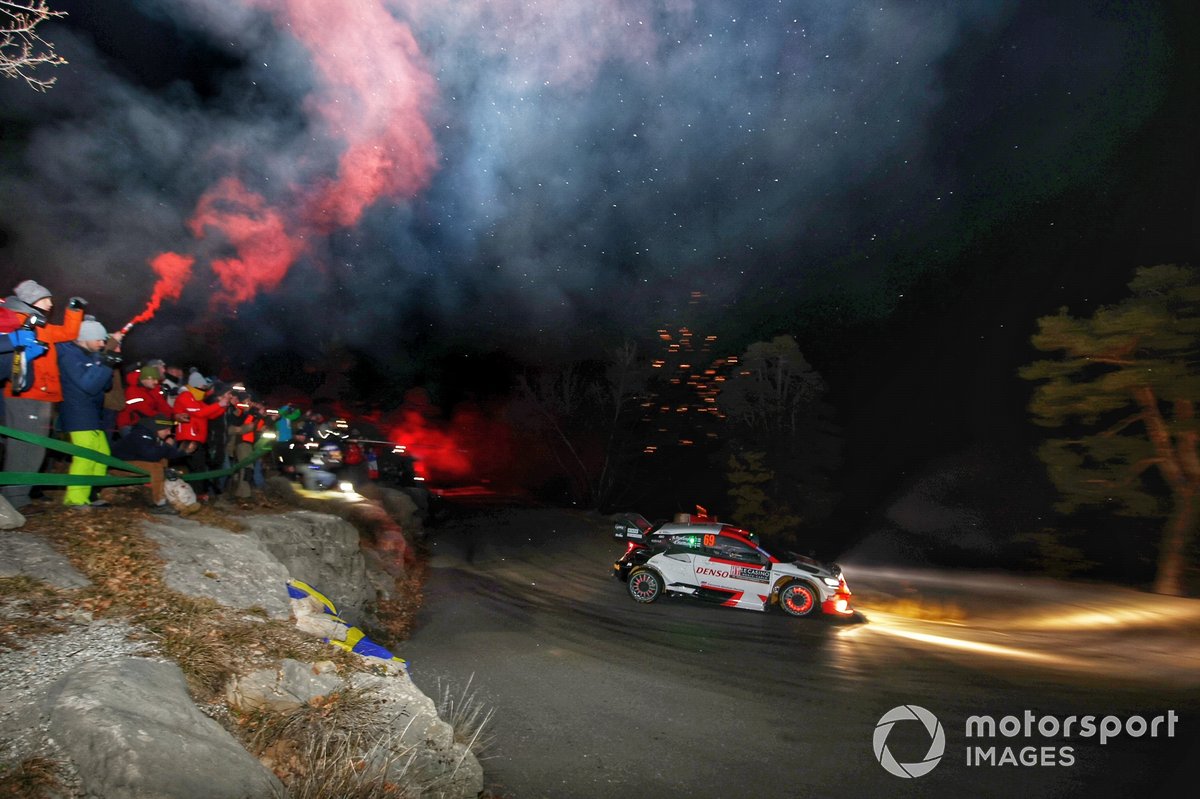 The afternoon loop began with Toyota’s stage-winning streak finally interrupted by Hyundai as Neuville managed to put the i20 N on top of the timesheets in Stage 12.

Neuville admitted he struggled for lateral grip in the fast corners but his pace was enough to pip Evans to the stage win by 1.1s across the 16.8km pass through Le Fugeret - Thorame-Haute.

“It was okay. We had a good rhythm to be honest but in the fast corners I have no lateral grip and I am just sliding. In the narrow sections we are fine,” said Neuville, who moved to within 9.5s of second placed Rovanpera.

While Neuville took time out of Rovanpera, the Finn continued to increase the pressure on rally leader Ogier, but was only able to claw 0.5s from his team-mate’s rally lead. Rovanpera’s pass through the stage included a small slide which would have cost him time.

Ogier continued his measured approach as he focused on staying out of trouble to preserve his overall lead.

Behind, Tanak managed the power steering issue that emerged at the end of the morning loop. The problem remained stable as the Ford driver ended the stage 6.2s adrift of Neuville.

Stage 12 proved to be bittersweet for Hyundai as Neuville’s stage win was dampened by a right rear puncture for Lappi, who shipped 35.4s, while Sordo battled an intermittent hybrid issue.

Buoyed by the stage win, Neuville built on the success by claiming Stage 13, in what proved to be the closest battle of the rally to date.

This time Neuville edged Rovanpera by 0.2s to claim the fastest time, but it was an eventful run for the Belgian and all the crews thanks to gravel that had been pulled onto the road in the last five kilometres.

"We had a good stage but we had a huge jump and I feel a bit of back pain,” said Neuville. “We are here and we took a bit of time from Elfyn so it's not too bad. We were a bit on the limit and over the limit a few times." 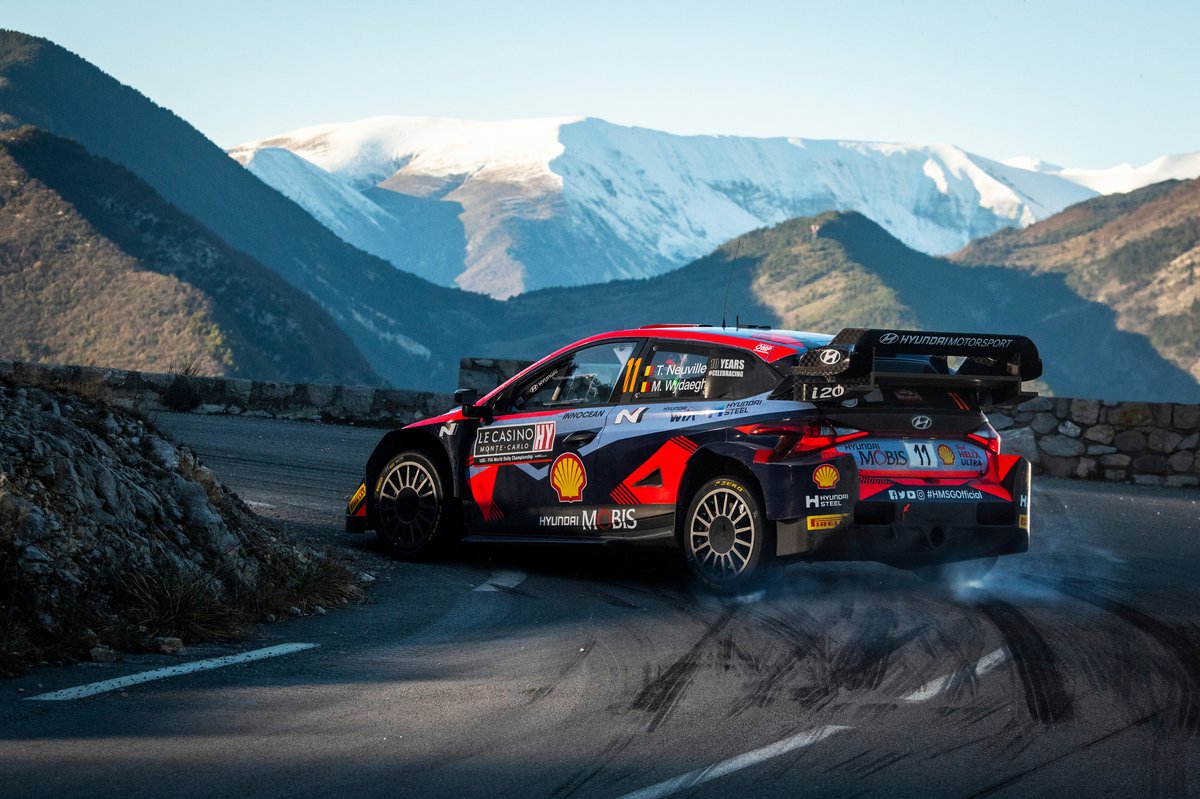 The dirt on the road partially hampered Rovanpera, who revealed he too was “quite close to the limit.”

Refusing to change his strategy, Ogier witnessed his lead decrease again as he lost 3.7s to Rovanpera, which brought the gap down to 25.8s.

Rovanpera again picked up the baton for the day-ending night stage to produce a blistering stage win to beat Neuville by 6.7s, ending hopes of the Belgian completing a sweep of the fastest Saturday afternoon stage times.

Rally leader Ogier remained calm at the stage finish despite seeing his team-mate take another 9.8s from his advantage.

"I think it [the lead] should be enough. It was the most dangerous stage for punctures, so I took it easy and I am happy this stage is over now,” said Ogier.

The battle for the WRC2 honours took a twist as long-time leader Nikolay Gryazin suffered a front right puncture on the last test, which reduced his comfortable lead to 15.2s over Citroen’s Yohan Rossel.

The rally will conclude on Sunday after four more stages, totalling 67.88km.

M-Sport not concerned by power steering issues at WRC opener