It may not have been the car breaking endurance of the past but the iconic Acropolis Rally successfully returned to the World Rally Championship for the first time since 2013. Autosport reviews the highlights, lowlights, turning points, close calls and heartbreak that made round nine of the 2021 season.

There is only one contender. Take a bow Kalle Rovanpera. The Finn was supreme and at times in a different postcode compared to his rivals as he delivered arguably his best drive of his fledgling career. The event is known as Acropolis Rally of the Gods, but in truth after the Toyota driver’s performance it should be renamed Acropolis Kalle of the Gods, such was his dominance.

In Greece, Rovanpera scaled new heights on his first attempt of the notoriously challenging Acropolis Rally. The 20-year-old rattled off eight stage wins from 15 tests and never looked back after taking the lead on Stage 3.

The way he took apart rivals Ott Tanak (Hyundai) and seven-time world champion Sebastien Ogier was mesmerising. Victory was set up on a Saturday morning where he rattled off four consecutive stage wins to transform an overnight 3.7s lead to 30.8s by the end of the day. The way he stamped his authority on the event in such a mature fashion sent a message to the rally world.

Rovanpera was equally devastating in dry and in the wet. He carved out arguably one of the stage drives of the season on Sunday morning on wet muddy forest roads in the Greek mountains, a scene more reminiscent of Wales Rally GB. Rovanpera was 14.1s faster than Tanak and almost a half a minute quicker than Ogier. That was game set and match right there, eventually beating Tanak by 42.1s across the four days of competition.

To add further gloss on the performance, Rovanpera took maximum points by winning the rally-ending Power Stage in style. If Estonia showed the potential, the Acropolis confirmed the WRC has a serious talent on its hands.

Toyota WRC boss Jari-Matti Latvala, the winner of the Acropolis the last time it was on the WRC calendar in 2013, summed up the display, stating ,“the new flying Finn was born in Estonia but this time he was flying even higher.” 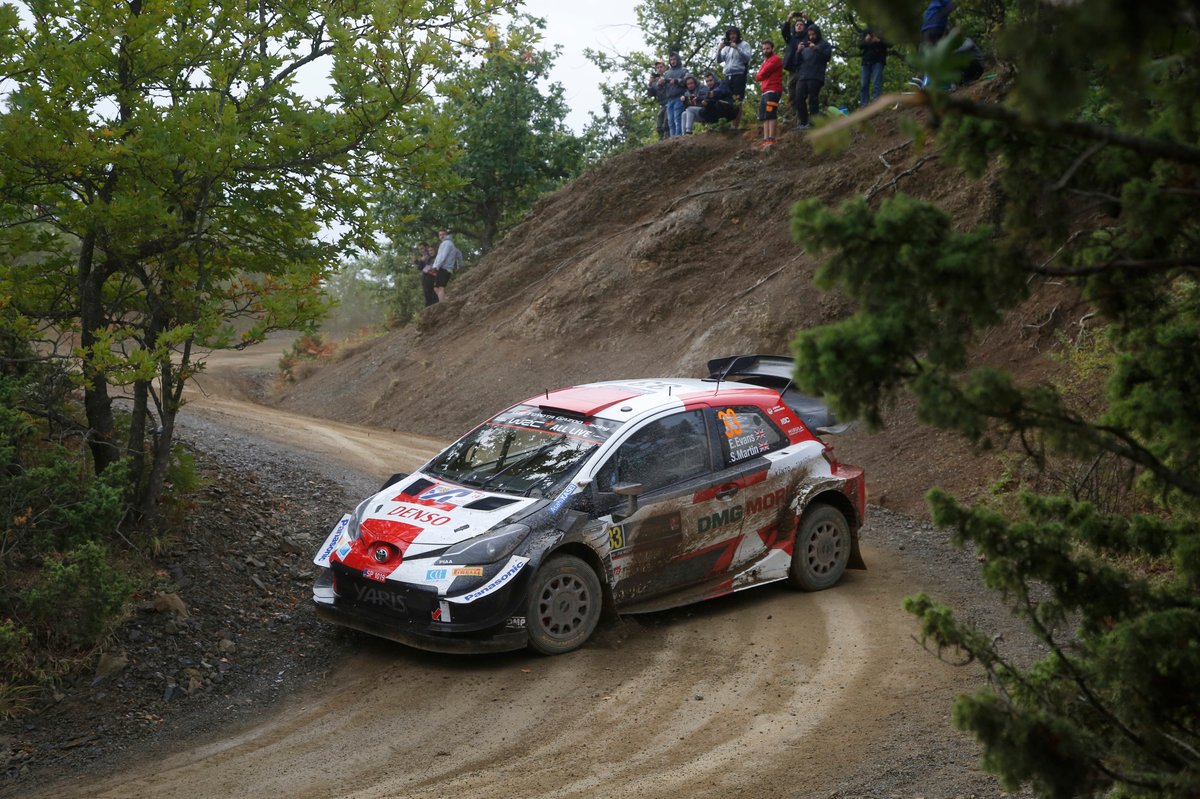 Historically the Acropolis Rally has been the scene of plenty of heartbreak stories down the years and this year was no exception.

Title contenders Elfyn Evans and Thierry Neuville not only saw their rally hopes go up in smoke, but realistically their title aspirations too on the Friday morning of the event.

First Evans was hit by a gearbox problem that saw him late to Stage 3, resulting in a 40s penalty, and without a mid-point service, the Welshman had to complete the remaining four stages of the day stuck in gear, losing a heap of time to his rivals.

Evans would go on to recover to finish sixth and bag four bonus points from the Power Stage, but the deficit to championship leader Ogier has grown to 44 points with only three events remaining.

“I mean the situation wasn’t looking great anyway so it’s gone from bad to worse, but it’s the name of the game,” said Evans.

“I don’t think I’ve had really one technical issue since I’ve joined this team so, at the end of the day, these things happen and it’s a very rare occurrence here so I’m sure it’s just one of those things.” 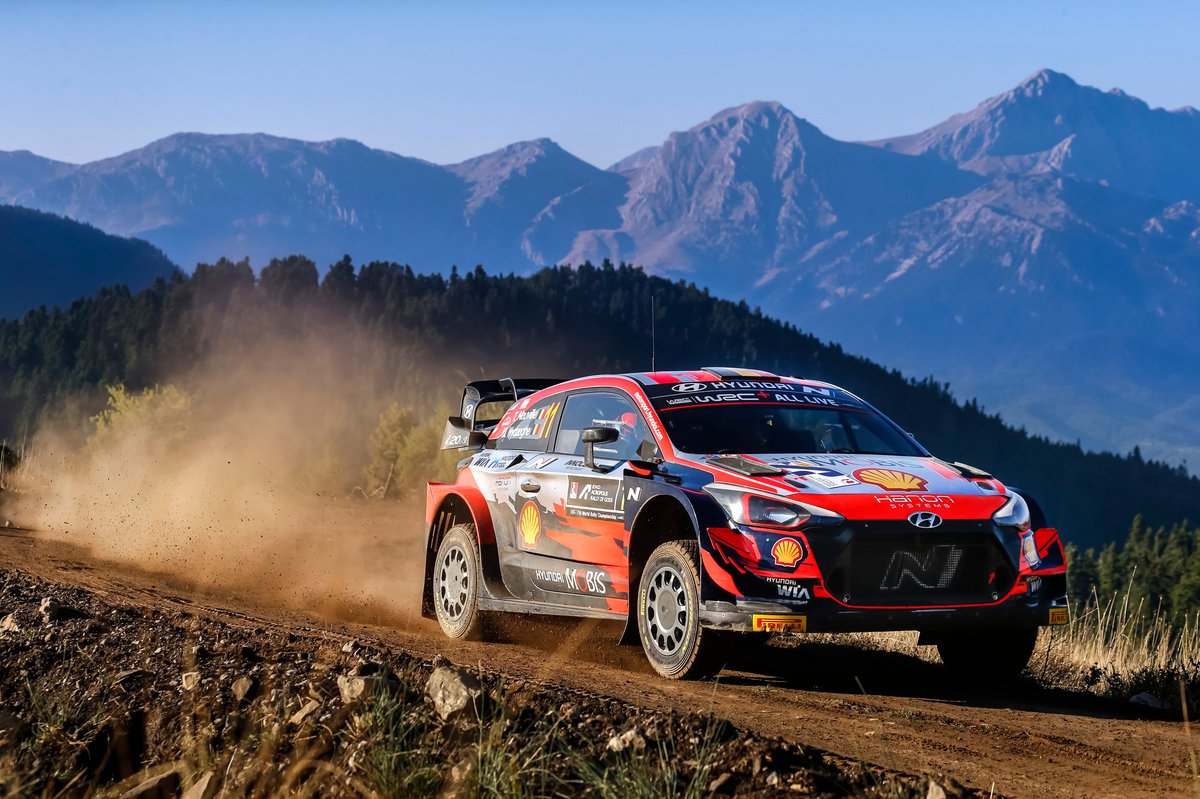 Moments after Evans' gearbox drama Neuville’s Hyundai i20 developed an electrical issue and a power steering failure. He would reach the time control before Stage 4, 24 minutes late.

The subsequent four minute penalty coupled with further time lost by having to wrestle the car through the next stage left the Rally Ypres winner more than six minutes adrift.

The Belgian did recover to eighth overall and scoop two extra Power Stage points, but his title hopes are more or less over sitting 50 points adrift.

“We have given everything this weekend and we have fought hard from the start to the finish," said Neuville. “Unfortunately, there is no compensation for all that work. To be honest, I think we deserve more than this.” 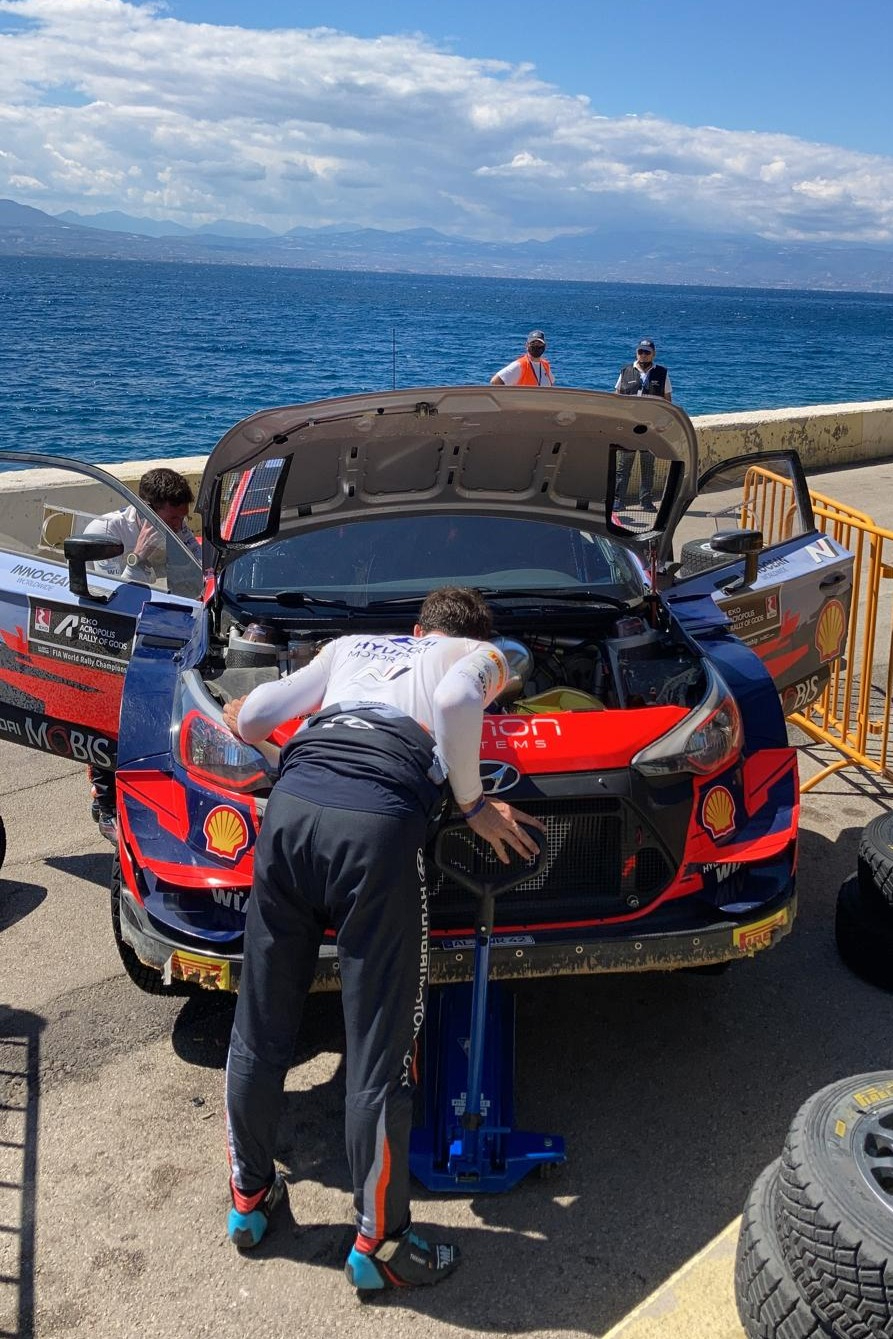 Team of the Week - Thierry Neuville and Martijn Wydaeghe

The response to the power steering heartbreak suffered by Neuville and co-driver Martijn Wydaeghe earns the pair our Team of The Week gong.

Neuville in particular proved he is just as capable as a mechanic. The pair managed to fix their electrical issue and mend a leaking power steering pipe with glue, preventing further time loss.

It was an impressive fix on the run without a mid-point service on Friday. Neuville admitted they threw all the liquid they had in the car to keep the power steering reservoir topped up, and was prepared to use his own body fluids if required to ensure the car made the end of the day.

That is going beyond the call of duty to keep a rally alive.

“I think it was the worst stage to be without power steering we have had for years, it was rough and very twisty, said Neuville. "I really had a struggle and I knew that the upcoming stages would be easier and the team pushed me to continue to mechanic [the issue].

“In the end I got it working, it was not perfect but enough to do the stage. I used more than oil, we put everything that we had in the car in that was liquid. It wasn’t perfect but it gave us the opportunity to drive faster and to survive.

“We used the brake fluid, we used the engine oil, if we had to pee inside I would have done it.”

As previously mentioned the only moment of concern for Rovanpera on this rally was a wild high-speed clip of a bank on Saturday’s Stage 9. The Finn swung his Yaris a bit too far wide on a left hander, touching some rocks, but was quickly able to recover.

"The moment was a huge one, said Rovanpera. “I have to say we were lucky to escape and that there was nothing in the ditch. It was maybe a bit too much from the pace notes, I was pushing a bit too much. I tried to be a bit more careful after that.”

Not long after this moment,  Hyundai 2C Pierre-Louis Loubet suffered a steering arm failure that sent him herring off the road, but luckily was able to stop his i20, leaving it teetering over the edge of a drop down a bank. 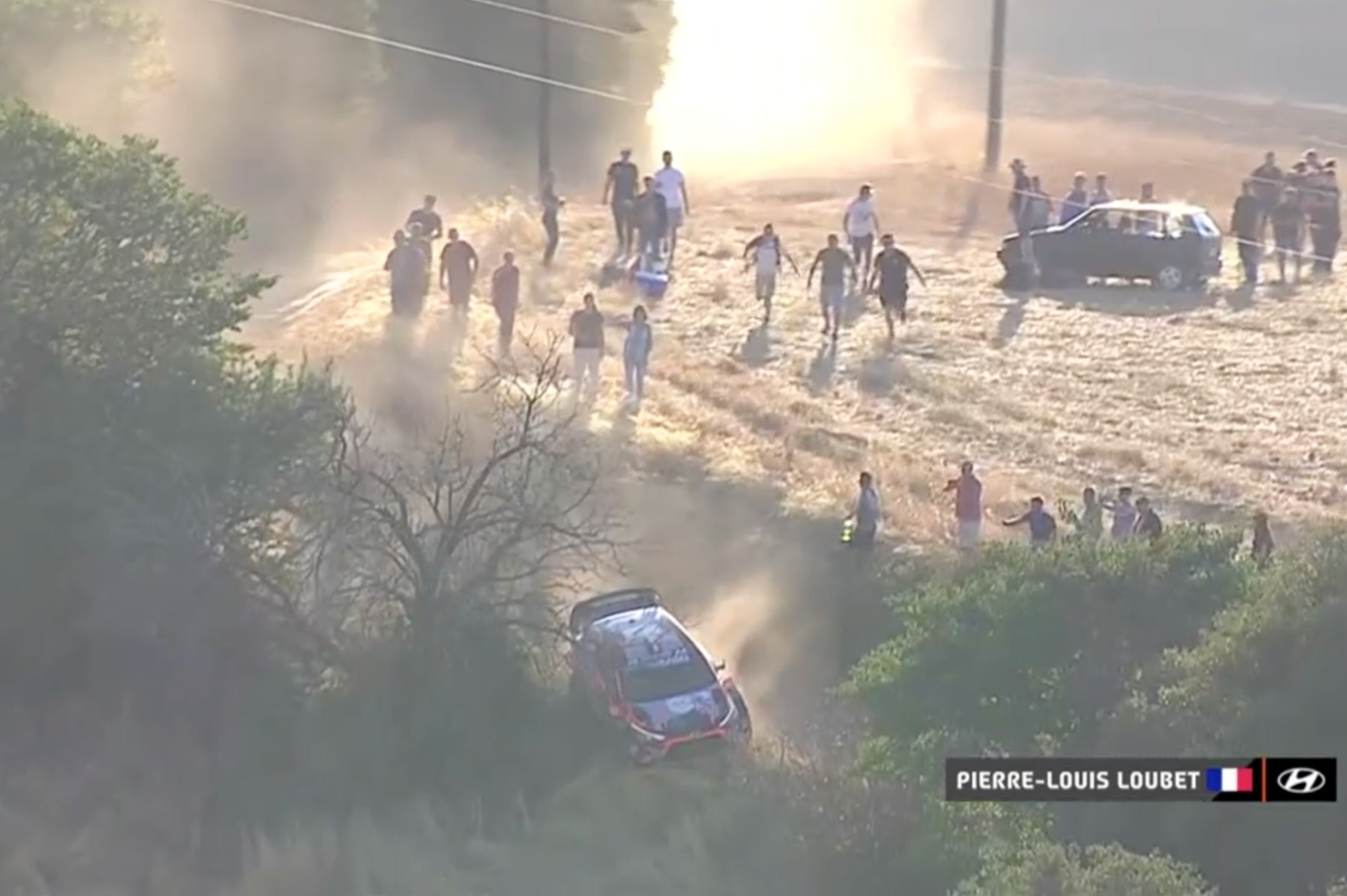 Lucky escapes were not only limited to the drivers as a dog found out on Stage 10, luckily it managed to avoid Evans at speed. 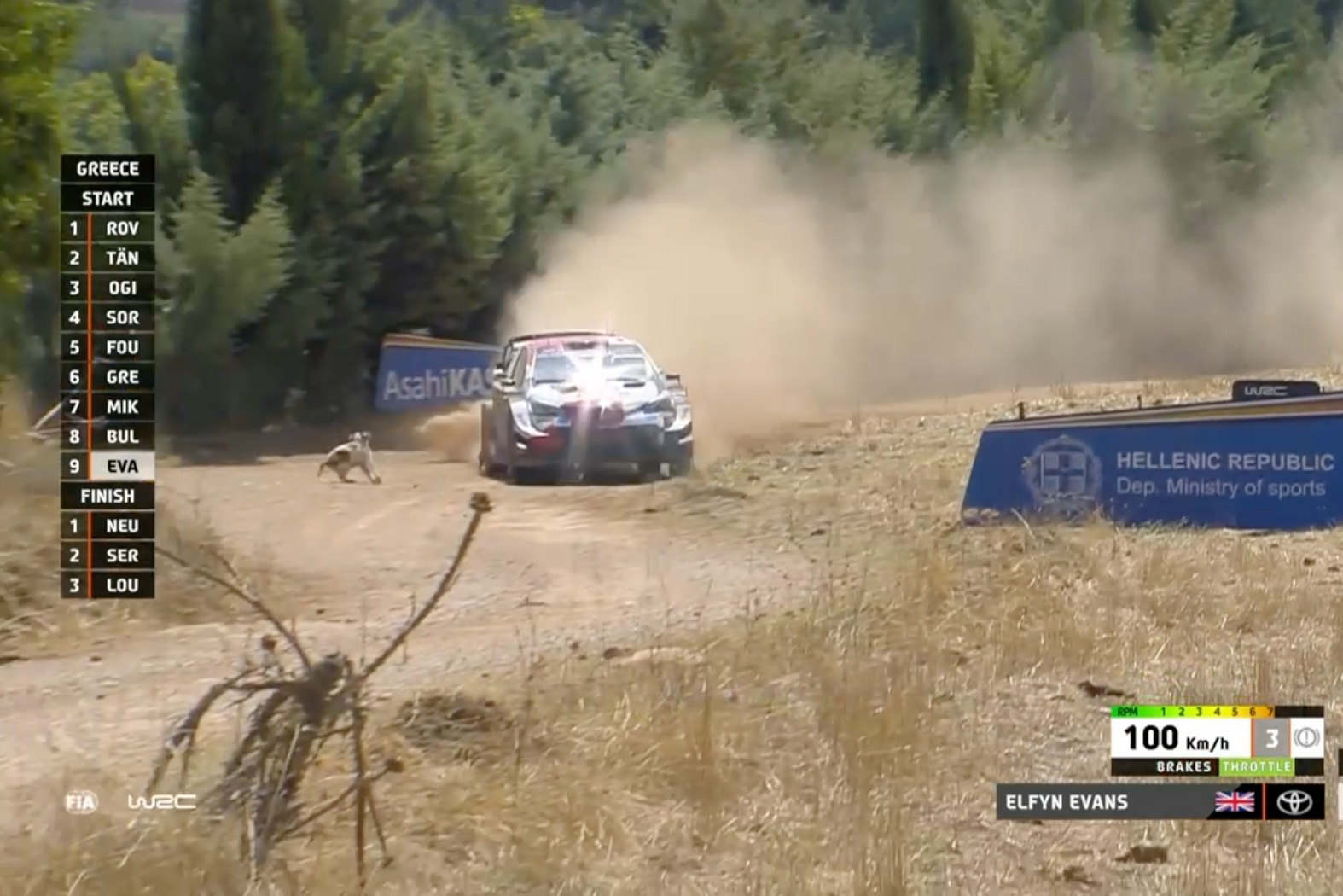 Hyundai's Dani Sordo had enough to deal with the wet muddy stages let alone rain coming inside of his i20. 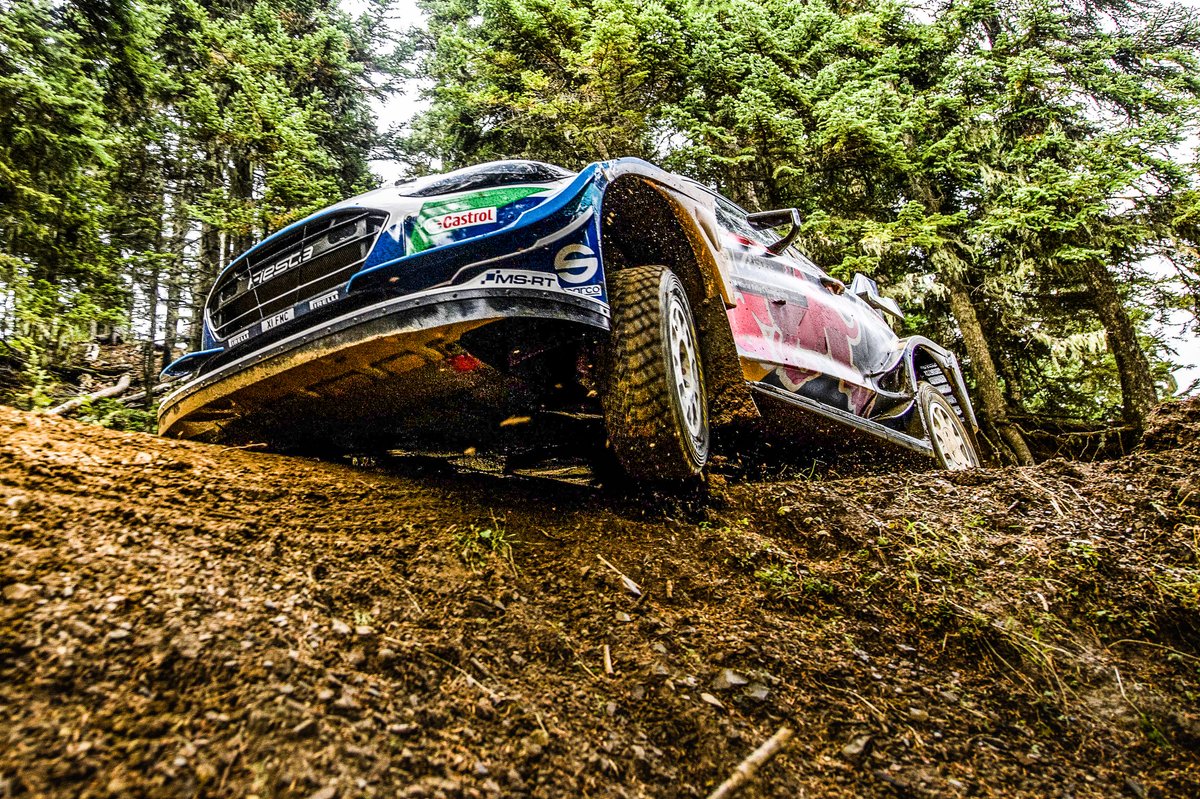 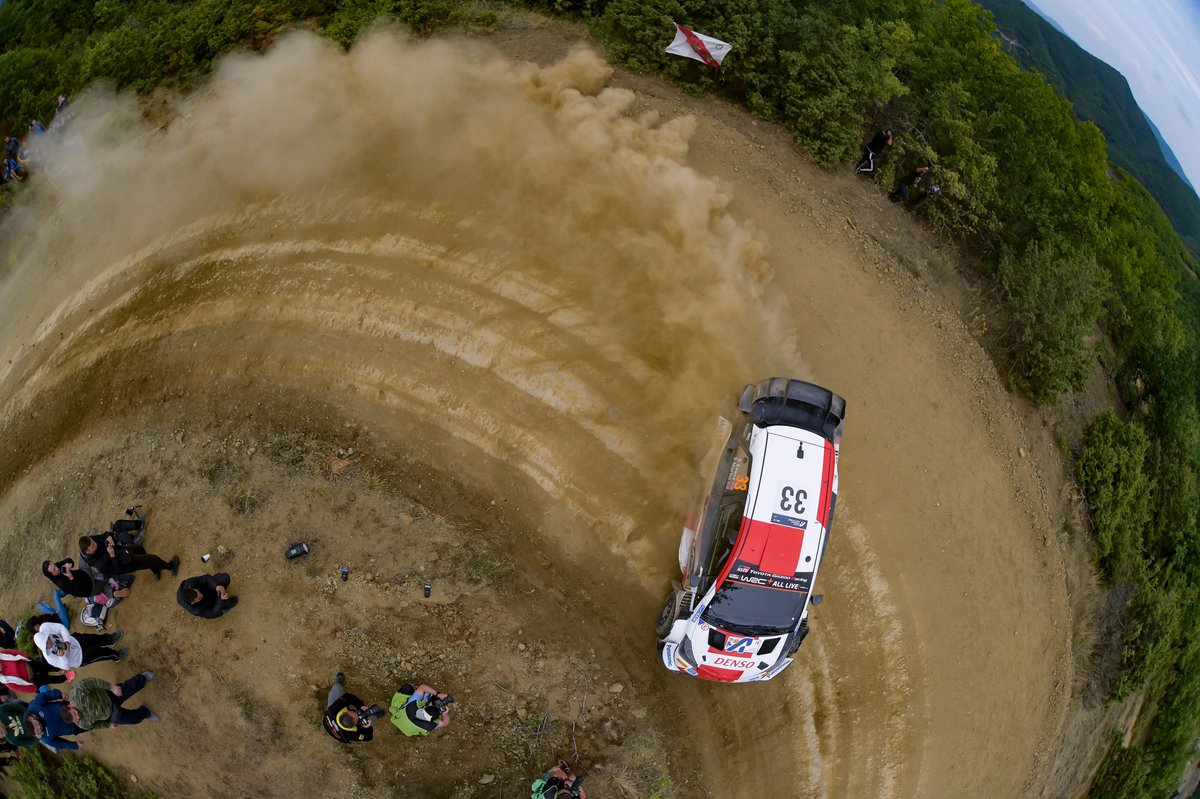 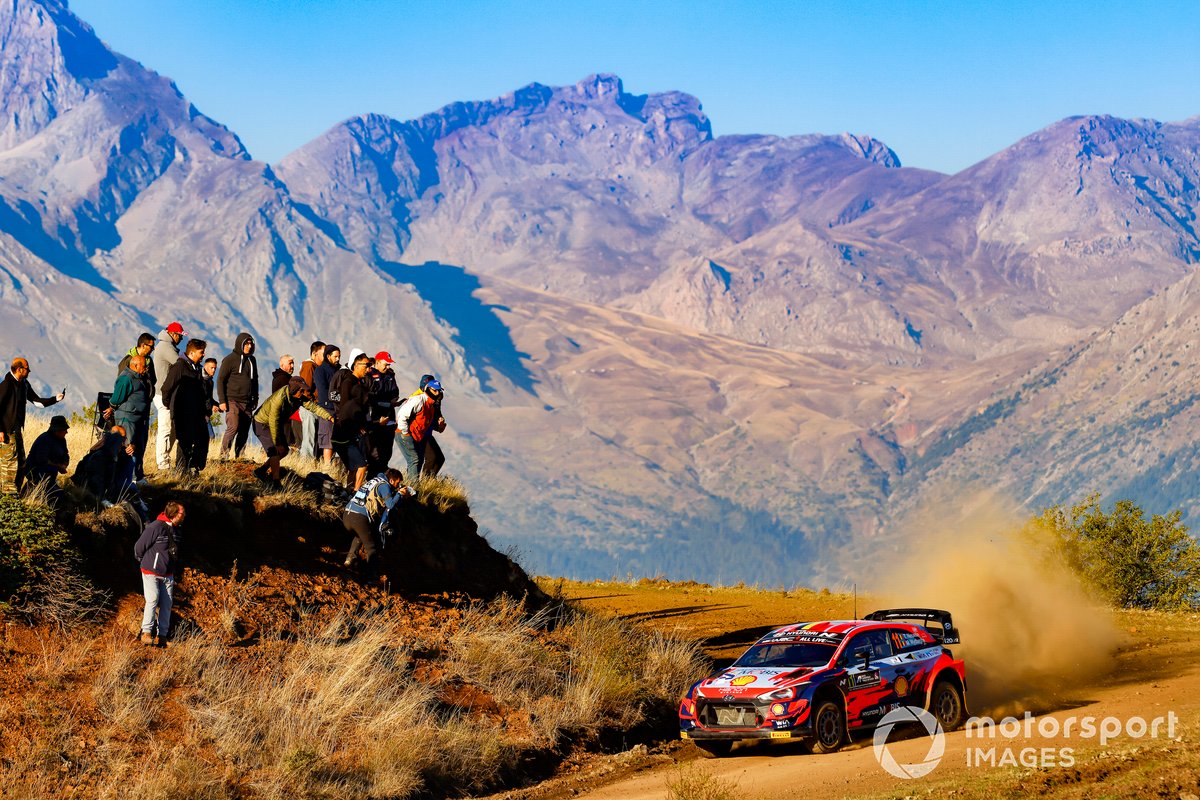 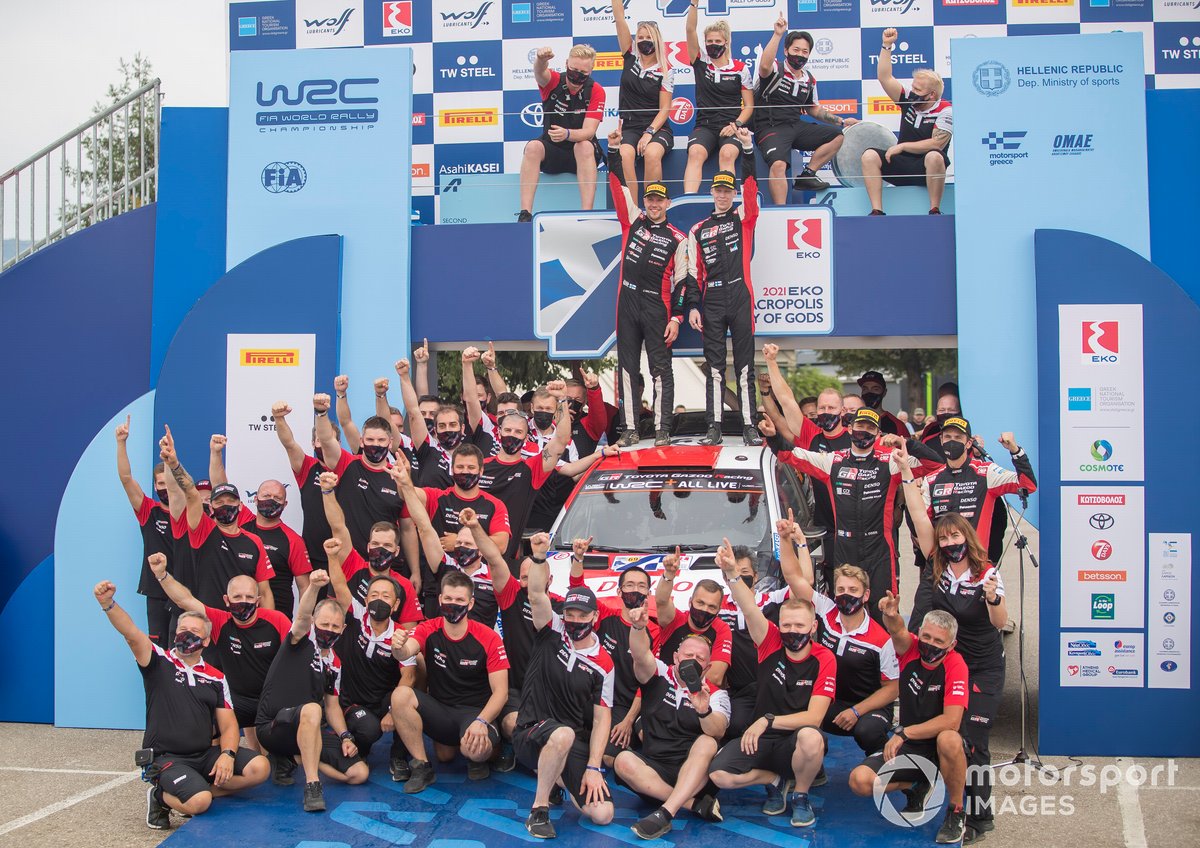