Thierry Neuville says he cannot afford to drive protecting his Hyundai at this weekend’s Rally Estonia, admitting he is “not really concerned” over the recent suspension reliability issues.

The Belgian suffered the heartbreak of a suspension failure on the final day of the Safari Rally last month, robbing him the chance of a likely victory, which would have been his first triumph since Monte Carlo last year.

It was the third rally in a row that Hyundai had suffered a rear suspension failure while one of its drivers was leading comfortably, resulting in boss Andrea Adamo vowing to find a solution to why identical components used last year are now failing.

This weekend the WRC field tackles Estonia’s much smoother and faster gravel roads compared to the previous rough gravel rounds in Portugal, Sardinia and Kenya. However, this weekend’s rapid stages will test the car’s suspension through a series of artificially created jumps and crests.

Asked if any changes had been made to the set-up of his i20 with protecting rear suspension in mind, Neuville said he wasn’t overly concerned, citing that the team enjoyed a 1-2 at the event last year.

“The conditions are different for sure but the jumps are really big so the landing is going to be hard, but we had no issues last year and we had two cars on the podium here last year, so we are not really concerned about it,” said Neuville, who sits 56 points adrift of championship leader Sebastien Ogier (Toyota).

“Obviously as a team we have been missing some luck more than anything else, as there was no reason why we have broken more suspension units this year compared to last year, because basically the car is the same.

“I was protecting my car a lot in Kenya by running very high and even then we had some failure.

“We have to go forward and fight for victory, anyhow if we come here to try and save the car and finish behind the Toyotas the championship will be even tougher.” 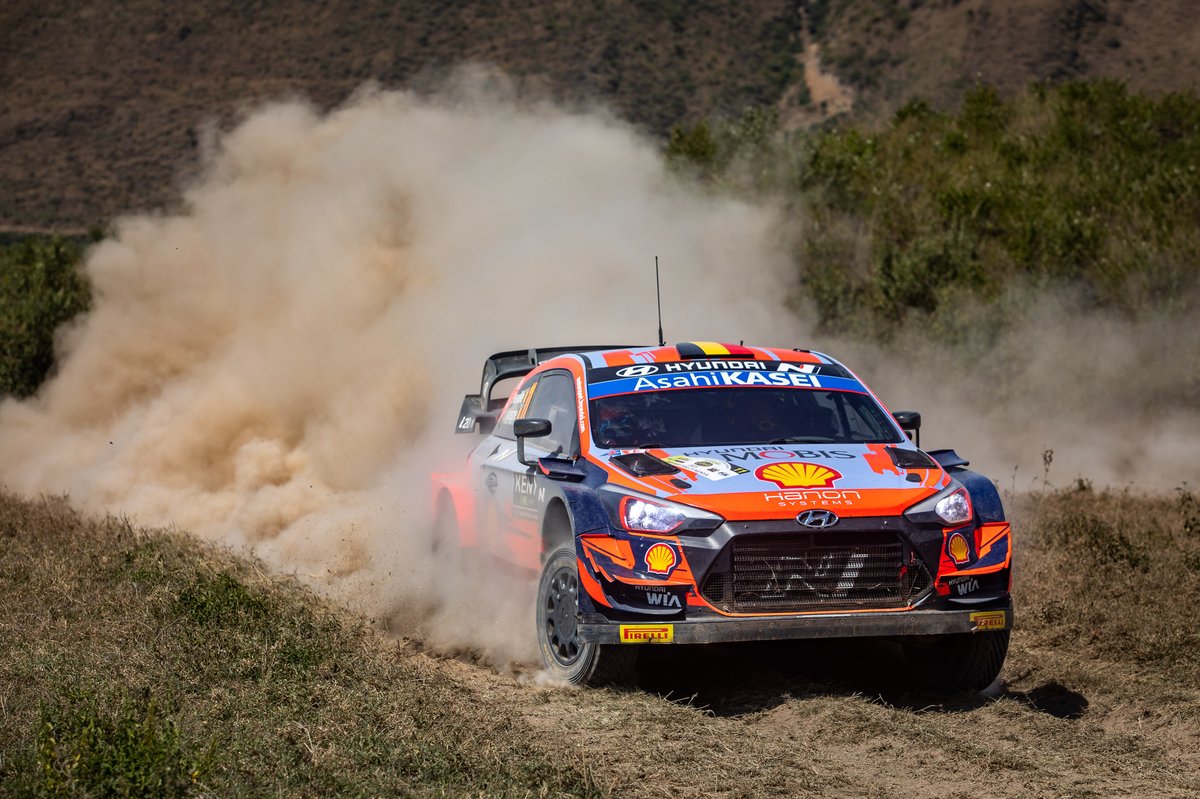 Last year’s event winner, Hyundai's Ott Tanak added: “There is concern always if you hit some gravel, but this is something we can’t change - so it is something we should not think about.”

Hyundai will however been boosted by an engine upgrade that will debut this weekend.

The update follows after Toyota debuted an upgraded engine at Portugal in May.

Both Neuville and Tanak were coy when asked about the advantages the engine change could deliver this weekend.

“Of course I have had the chance to drive it several times already. The engine guys seems to be happy with the improvement,” said Neuville.

Tanak added: “We will find out, Every upgrade or change you get is not so big as everything is really on the limit, but let’s see.

“The feeling is ok but the difference is very small, so it is difficult to make a big step.”

Toyota boss Jari-Matti Latvala is not concerned by the update title rivals Hyundai will debut, stating that it is hard to make big steps with the cars anymore.

“I think it is difficult now to make big steps with the engines,” said Latvala.

“For sure the small steps will always help a bit but it is difficult to make massive steps anymore, so I’m not too concerned about it. But we know Tanak is very strong here, it is his home rally, so he is the toughest guy to beat here.”