Recent hot weather has caused significant dust problems and, following the pre-event recce, drivers spoke of visibility problems, especially on the stages running south of the event's Matosinhos base.

The event's opening Lousa stage is of particular concern because of the fact it is a twisty route that runs through the trees.

One driver told Autosport: "On the recce, this stage was so bad and the speed was nothing.

"It can make it difficult for the organisers [to have four-minute gaps], but this has to be the safest and the fairest way.

"Without this, the lead car could have a very, very big lead."

Ordinarily, championship leader Sebastien Ogier would struggle to sweep the loose gravel clean off the line, but the clear air could offset that disadvantage through the first loop as the following cars would encounter the dust.

Hyundai driver Thierry Neuville bounced back from a huge Rally Chile crash to set the fastest time at the 2.85-mile pre-event shakedown test.

His i20 Coupe WRC was a tenth of a second up on Kris Meeke's Toyota Yaris WRC.

Asked how he was feeling following his South American shunt, Neuville replied: "Fully fit, yes, to 99%.

"There are still a few small pains here and there but we had a great test session in the car one week after Chile.

"This went pretty well. It was a tough day and it was very rough as well. I survived and have had two weeks to recover. I am confident.

"There are thousands of corners during the season. Sometimes you make a mistake." 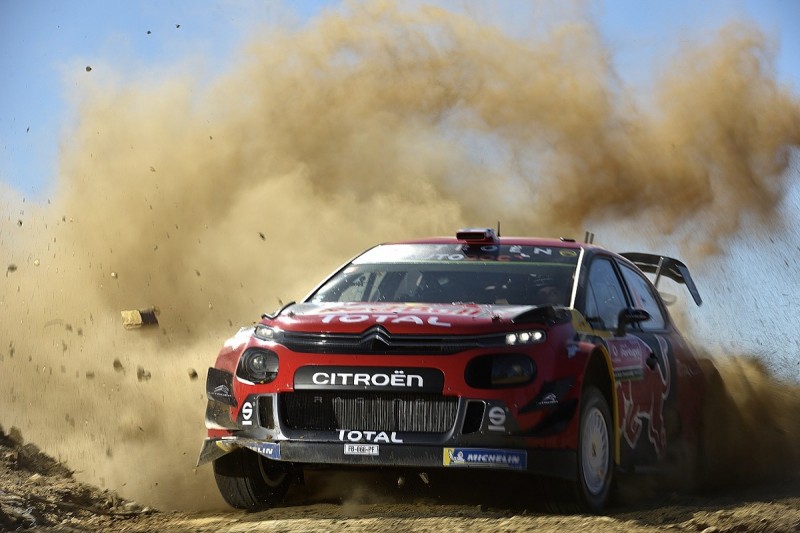 Meeke has led three of the last four rallies and but says his speed counts for little if it does not yield results.

"We have been able to set fastest times on every rally," said Meeke.

"That counts for nothing if you don't bring home a result and I still haven't got a podium this year.

"There have been some little bits missing, but I am sure it will come together."

Eleventh-fastest and slowest of all the World Rally Cars was Ogier.

"I did not push too hard on the tarmac. I wanted to save the tyres. I am not worried by the shakedown," said Ogier.