Sebastien Ogier stormed into an early lead of the World Rally Championship's first full asphalt rally of the season in Corsica, while Sebastien Loeb crashed on the second stage

Nine-time champion Loeb's hopes of victory in the second of his three planned 2018 outings with Citroen came to an abrupt end on the second stage of the morning when he put his C3 in a ditch just moments after the start of the test.

He had been second on the opening test to Ogier, who was 9.7 seconds faster than his countryman on the 30-mile stage. 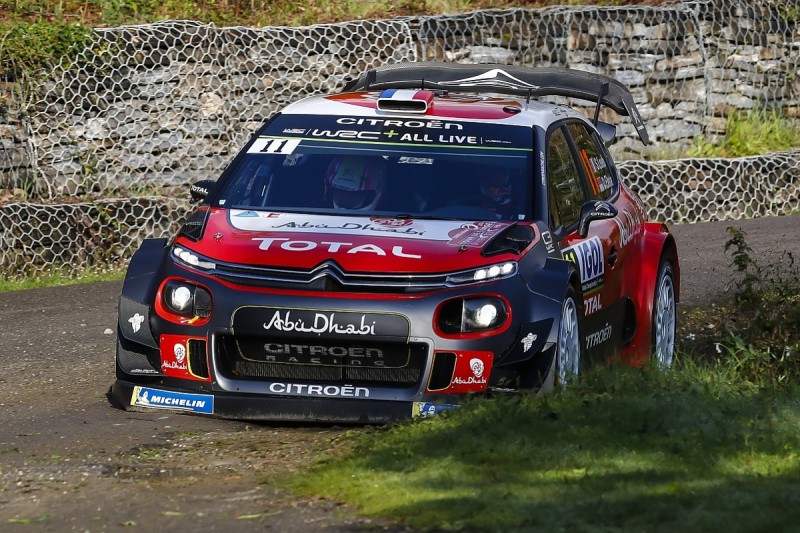 Citroen reported Loeb and co-driver Daniel Elena were OK, but has not said whether they will return.

Thierry Neuville completes the top three, a little more than two seconds behind Meeke, but reported he was unhappy with the balance of his Hyundai i20 - which he claimed was "all over the place" - after the opening test.

Toyota's trio also suffered on the opening stage with braking issues through the water sections.

Ott Tanak is the highest-placed Yaris in fourth position ahead of M-Sport's Elfyn Evans, who has Petter Solberg's former co-driver Phil Mills alongside him this weekend while Daniel Barritt continues his recovery from a Rally Mexico crash.

Dani Sordo, who finished runner-up to Ogier in Mexico, sits in sixth place ahead of the second and third Toyotas of Esapekka Lappi and Jari-Matti Latvala.

Sordo's Hyundai team-mate Andreas Mikkelsen spun on the opening corner of the first stage and ended the morning in ninth place, marginally ahead of the third M-Sport Fiesta of Bryan Bouffier, who is making his first appearance since the season-opener.