Fourmaux lost control of his Fiesta on a muddy fast left hander, which triggered a series of violent pirouettes before the car came to rest on the other side of the road.

The Frenchman and his Belgian co-driver Renaud Jamoul emerged unscathed from the incident that occurred within metres of the finish of 23.62km Kemmelberg stage, held on tarmac farm roads.

The car has since returned to the service park in Ypres where M-Sport has assessed the damage, ruling out a repair in time for tomorrow’s action.

“No, it was difficult to tell from the television when we just had the in-car cameras,” said team principal Richard Millener when asked if the car could be repaired.

“The initial information we got wasn’t too bad, but as soon as you see the real damage and the pictures and video, unfortunately there is no chance for that one [to restart].

“I haven’t spoken to Adrien yet, but from what I can see on the video there was two dried mud tracks from a tractor. It has gone into a bank on the right hand side which has spun it around quite quickly.

“The video that is floating around is fairly brutal and I think some of the parts are still up in the air somewhere.” 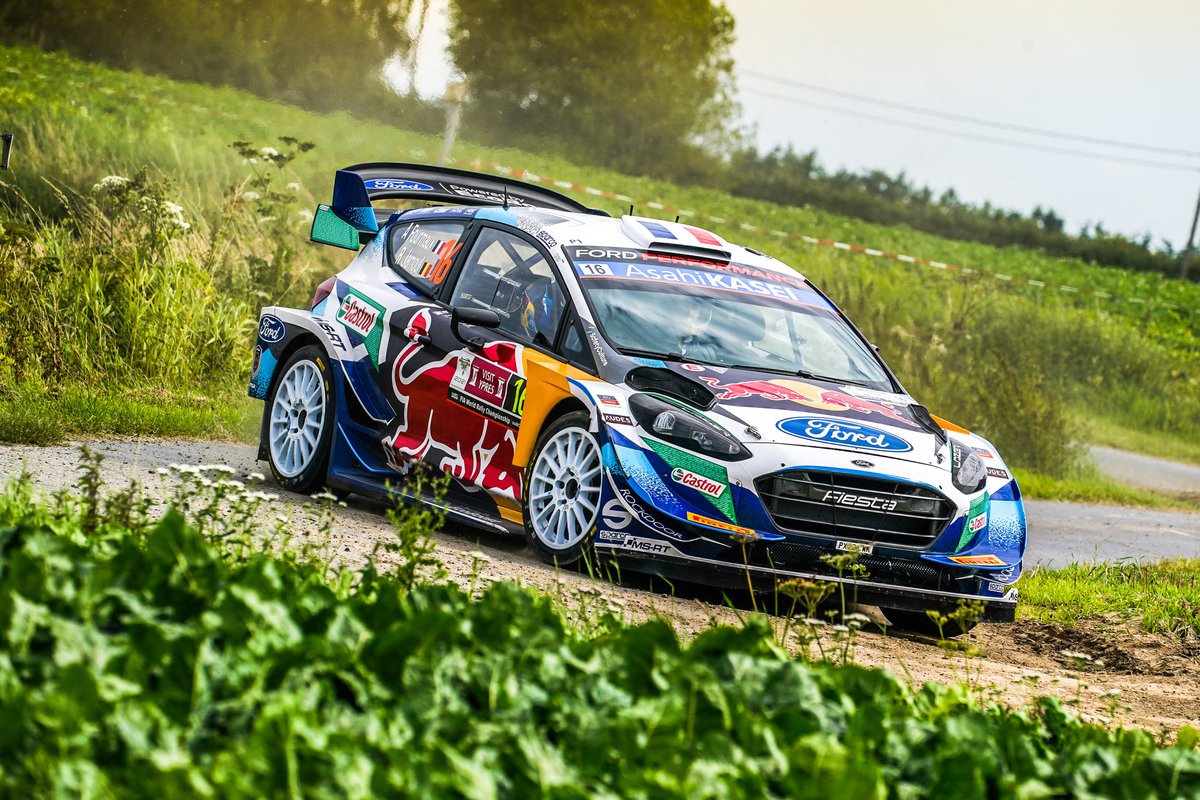 Fourmaux added: “It was just a corner tightening and it was still flat and I had it in my pace notes as a flat corner but there was some dirt and we overseer a bit and then we hit something in a ditch. It was over.”

“It is nearly my home rally so it is a big disappointment.”

M-Sport’s day was further compounded when Gus Greensmith was forced to retire after an incident on the Stage 4, the last of the opening loop of stages.

Greensmith ran wide 200 metres into the stage and found himself struck in a ditch, which required the car to be retrieved. Fortunately, the damage is minor and the Brit will return to action on Saturday.

“Gus was very unlucky, there was a delay at the start of the stage and it was couple of corners in, so potentially the tyres weren’t as hot as he would have hoped, and he has gone off into a ditch and unable to get back out,” Millener added.

“It is a very disappointing day for us but we will keep fighting.”