The WRC has announced that February's Rally Sweden will not go ahead as planned, becoming the first event on the series' 2021 calendar to be cancelled due to coronavirus

Sweden was one of the three countries to successfully hold a WRC rally on its original slot this year before the coronavirus pandemic took hold and led to numerous cancellations and a complete overhaul to the remainder of the 2020 WRC calendar.

The season didn't resume until Estonia in September and went through further changes, with notably the Ypres Rally in Belgium cancelled and an extra event in Monza added to cap off the year.

With just over a month until the start of the 2021 WRC campaign in Monaco, Swedish authorities have communicated their inability to host the second round of the season on 11-14 February.

County Board of Varmland cited rising COVID-19 cases in Sweden as the reason behind the cancellation, saying it was not possible for the rally to take place amid tougher safety protocols.

Sweden's coronavirus cases tally has more than tripled from 100,000 on 15 October to 320,000 cases as of Monday (14 December), according to the latest information on real-time statistics website Worldometer.

"Rally Sweden organisers, the FIA and WRC Promoter fully understand that the health of the local population is of primary concern and are committed to a collective duty of care to protect both the Varmland community and the WRC family," Sweden Rally CEO Glenn Olsson said. 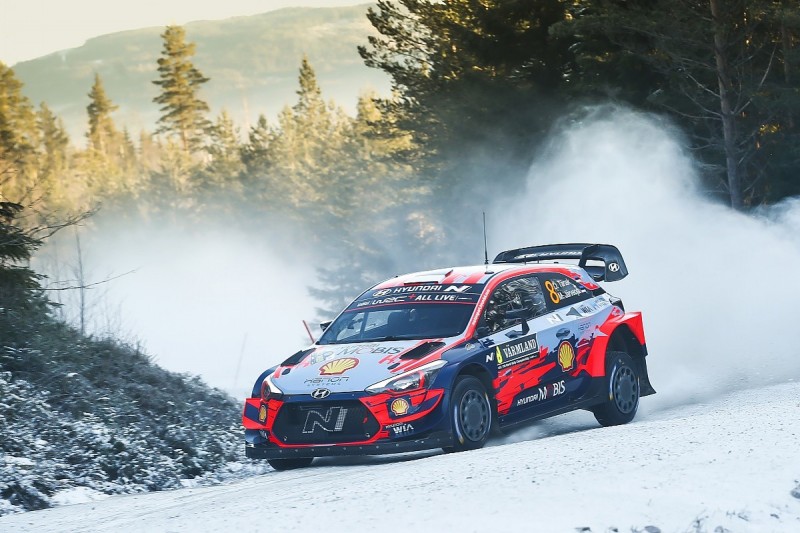 "During our planning, we have closely monitored what is a constantly evolving COVID-19 situation in the region. While we are naturally extremely disappointed, especially given the exciting new-look itinerary, this is a decision we support."

The WRC said it is in negotiations with promoters to find an alternative venue to replace Sweden and hopes to announce a replacement event shortly.

The original WRC calendar for 2021 calendar comprised 12 rounds, with Catalunya, Chile, Japan and Kenya (Safari Rally) all making a return and Croatia being a new addition to replace Mexico.

Sebastien Ogier will head into 2021 as the reigning WRC champion following his seventh world title success, his first with Toyota.

The early setbacks that shaped the WRC's greatest driver

Loeb unsure what to expect from WRC return in Portugal

The "painful" journey behind the WRC's generational tech innovation

As the company selected to provide the hybrid kits for the 2022 World Rally Championship, the pressure was on Compact Dynamics at the Monte Carlo season opener. Needing to treat all three manufacturers equally, it wasn't a straightforward process, but its first big test was a resounding success that bodes well for the future

He appeared poised to become the World Rally Championship’s new bright young star five years ago, but Esapekka Lappi's fortunes since his 2017 breakthrough win offer a cautionary tale of how the tables can turn. Now having rebuilt his career, the Finn is determined to make the most of his second shot at the big time with Toyota