World Rally Championship legend Sebastien Loeb leads the Acropolis Rally after a faultless Friday morning on his return to the tough gravel event for the first time in 10 years.

The nine-time world champion benefitted from an advantageous road position on the dusty gravel stages, but once again showed his class to win all three stages of the morning loop in his M-Sport Ford.

The 48-year-old, partnered by Isabelle Galmiche, became the oldest driver to lead a WRC event and eclipsed the record perviously held by 1979 world champion Bjorn Waldegard set in 1991.

Sitting seventh overnight, Loeb has climbed into a 6.4s lead over Hyundai’s Thierry Neuville, who won last night’s super special played out in front of 64,500 spectators inside Athens’ Olympic Stadium.

Following Thursday night’s curtain-raiser, the rally moved to the traditional gravel stages held in the mountains to north west of the capital city.

It didn't take long for the dust to cause havoc, as three-minute gaps between cars contributed to limited visibility. However, it was Loeb who made the most of his road position and experience to win the day’s opening stage, taking the overall rally lead in the process.

He managed to pip compatriot Loubet by 0.8s, while title rivals Tanak and Rovanpera were third and fourth fastest respectively, having faced the worst of the road conditions. 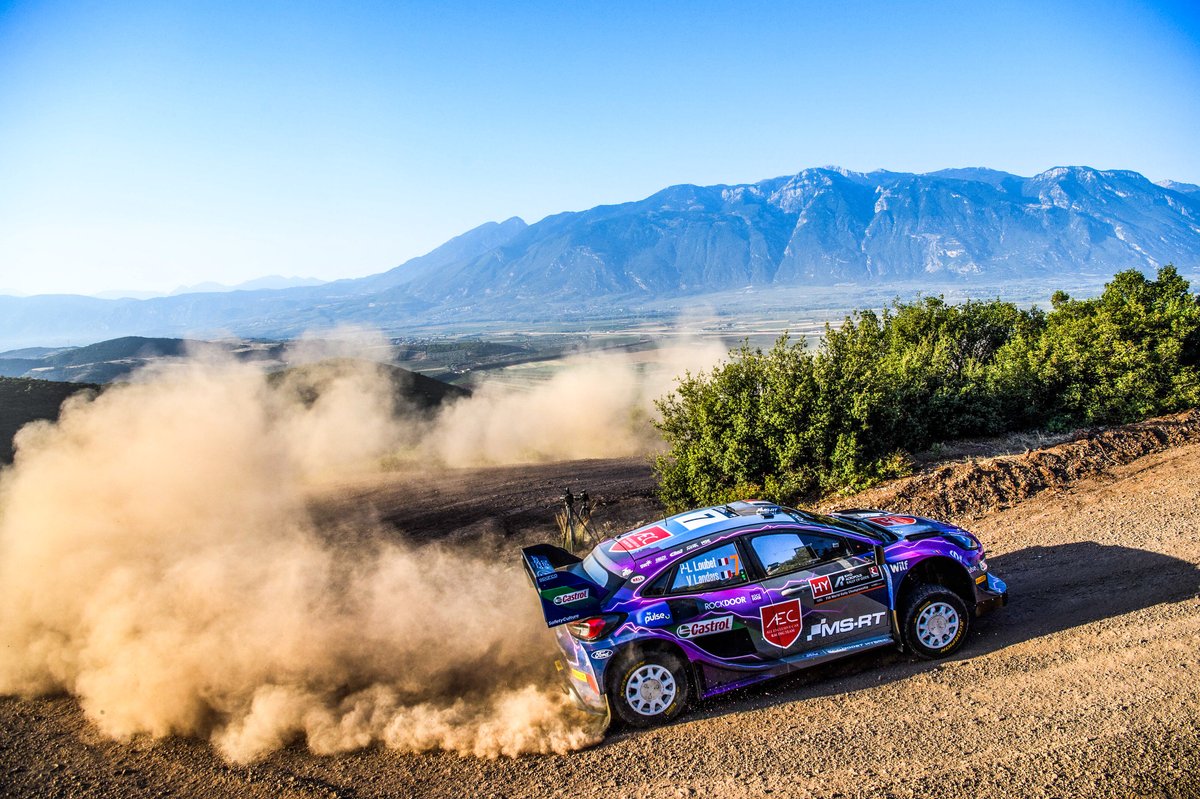 While Rovanpera enjoyed no issues with visibility, being first on the road, he struggled as road sweeper and with the handling of his Toyota to drop 2.6s.

Neuville was fifth fastest, dropping three seconds in the process but was angered by the dust hanging in the air.

“We have no visibility,” said Neuville. “Suddenly it is fifth gear and full flat out and you see nothing and you don’t know where you are. It is unbelievable

M-Sport’s Craig Breen completed the stage sixth quickest, ahead of Evans, before a small fire broke out at the rear of his Puma at stage end that was quickly extinguished.

Officials made the decision to increase intervals to four minutes between the cars for the next test, which was also won by Loeb. This time he pipped Neuville by a second, while Loubet’s strong start continued as he set a time 2.6s shy to move into third overall.

After struggling on the opening test, Rovanpera lost 10.5s on Stage 3 as the Finn complained about the balance of his GR Yaris.

“I think we are just not having the right things on the car at the moment,” said Rovanpera. “It feels like the car is not working in the low-speed sections and I think we are going to lose some time.” 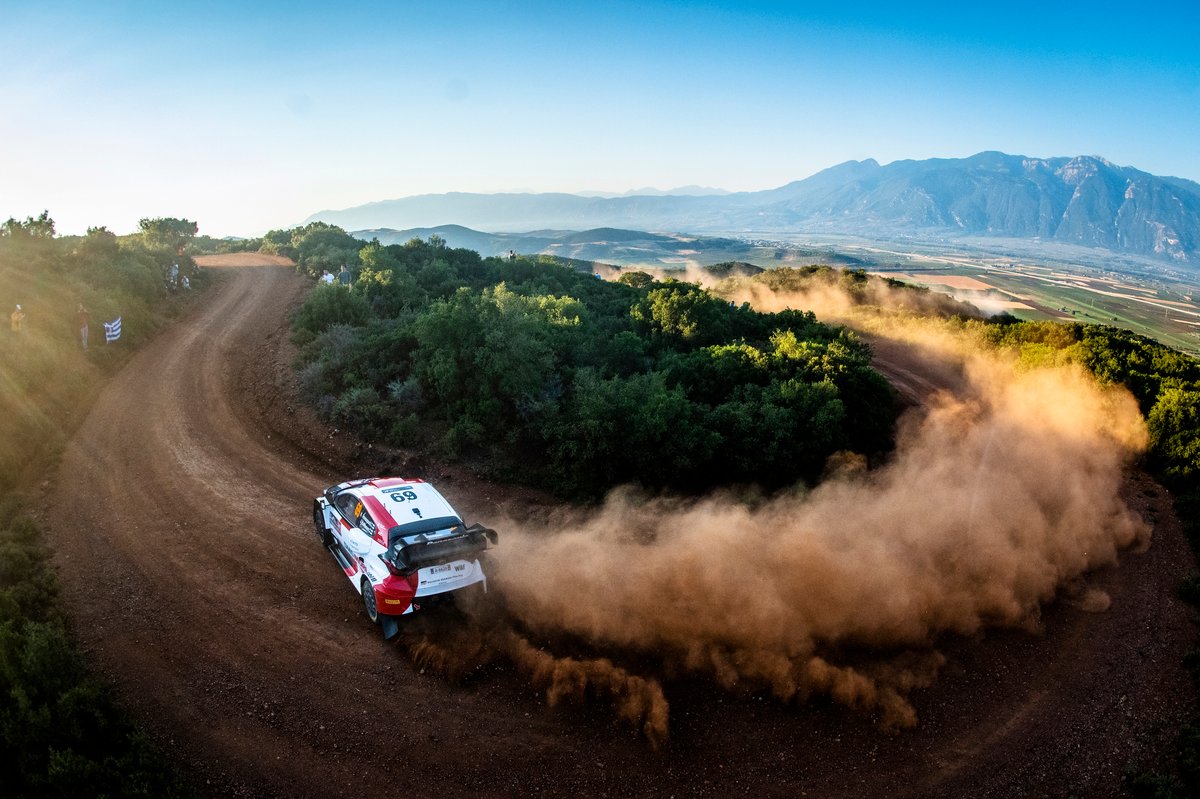 Rovanpera wasn’t the only Toyota lacking speed as Katsuta, making his Acropolis debut, found himself almost a minute adrift by stage end and was at a loss to explain his lack of speed.

The morning was concluded by second pass of the day’s first Loutraki stage. Loeb completed a hat-trick of stage wins, although on this occasion the Frenchman shared the fastest time with Lappi.

Sordo emerged third fastest ahead of Greensmith and Loubet, who were battling brake issues with their Pumas. Neuville was sixth quickest as the Belgian lost 3.7s to leader Loeb.

Meanwhile there was drama for Katsuta, as his tough morning was further hampered by an overshoot which cost him another 15s. Tanak also lost time without the full use of his hybrid power. However, worse was to befall Breen, who picked up a puncture and lost two minutes, dropping him from fifth to outside the points.

The frustrated Irishman, who has crashed out of the last three rounds, said: “I seem to be getting it all [bad luck] at this point.”

Prior to the action beginning this morning, WRC released statement acknowledging the passing of Queen Elizabeth II.

“The whole WRC community joins the world in mourning Her Majesty's loss and we send our condolences to the British Royal Family and to the people of the United Kingdom and the Commonwealth,” it read.

It is understood organisers are discussing plans for a formal tribute during the event. WRC cars are already carrying tributes to the championship’s PR and communications manager Mark Wilford, who sadly lost a battle with illness last week.

The rally continues this afternoon with crews scheduled to tackle a further three stages.