Autosport had seen email confirmation from rally officials to the FIA and WRC Promoter declaring the cancellation, with a public announcement made later to accompany the sporting decision from the clerk of the course Wayne Kenny.

The organisers of the final round of this year's WRC put together a plan for a revised and substantially shortened route on Monday in the hope of still running the event, but the decision to cancel was taken on Tuesday morning.

Though the WRC stakeholders were due to meet on Tuesday afternoon to discuss options, the worsening fire situation made the decision inevitable.

No formal comment has come from any of the teams, but Autosport understands there was universal approval from all of them.

There had been growing anger among participants as Tuesday began that the rally was still officially happening, despite the fires leading to evacuations and travel restrictions in the area.

The cancellation decision means Hyundai seals the manufacturers' championship for the first time.

It led Toyota by 18 points after the last round in Spain. 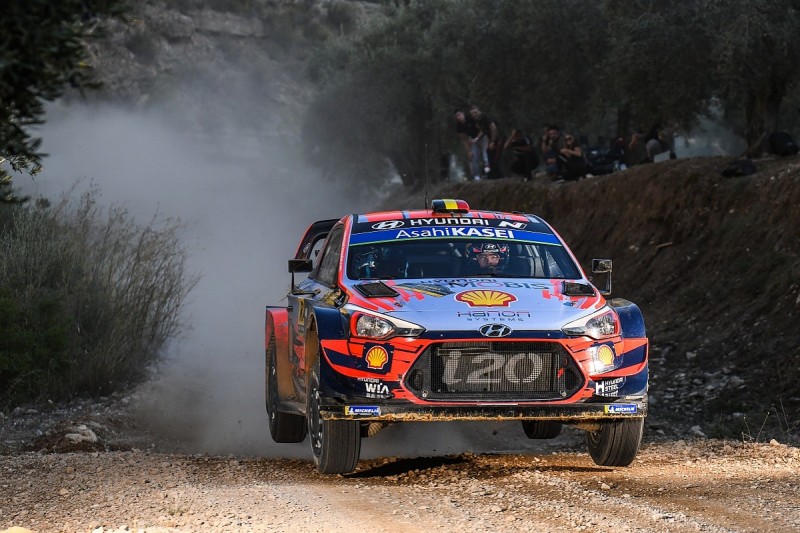 As soon as the clerk of the course Wayne Kenny announced a radically reduced itinerary offering only one-third of the points usually available, it was clear that gap couldn't be bridged even before the event was cancelled.

Adamo, who replaced Michel Nandan at the head of the Korean firm's WRC operation at the start of the season, said: "The cancellation of Rally Australia is the right decision considering the circumstances and our thoughts are with the ones affected by the critical events in New South Wales.

"From a sporting point-of-view, it is amazing to win our maiden title in the FIA World Rally Championship.

"This is the result of many years of hard work from everyone at Hyundai Motorsport.

"This season has been incredibly tough and competitive. For sure we wished we could have fought until the end, but we can all be proud of all our individual achievements as team members to make this a great collective win.

"I would like to personally thank everyone at Hyundai Motorsport and all our crews who gave their full dedication from Rallye Monte-Carlo until now."

Hyundai has not been headed in the race for the manufacturers' championship since Corsica in March, when Thierry Neuville's victory on the French island sent him to the top of the drivers' table and his team to a lead it wouldn't relinquish in the makes' race.