DAVID EVANS explains the factors that made Hyundai turn to the former Citroen driver.

It's not often flood defences are needed in Jyvaskyla, but it might be worth it in August. Can you imagine the wave of emotion that will hit the Rally Finland service park if Hyundai's deal with Craig Breen pays off with a podium?

And it could very well happen.

Hyundai team principal Andrea Adamo has finally extricated his head from the sand long enough to name the Irishman as his third driver for the next WRC round in Jyvaskyla.

I'll be honest, this one caught me slightly off-guard. I spoke to Adamo on the topic of Breen last time out in Sardinia, where he did a very good job of pulling one of his faces and blind-siding me. No fibs were told but our Italian friend chose a wise moment (from his side, a bad moment for our chance of getting the story) to say nothing at all.

There was, of course, Adamo's line of a few weeks ago that no drivers from outside the team would be considered, but the situation has been fluid so let's give him the benefit of the doubt.

And focus on Craig Breen the Hyundai driver.

Few make as strong a case for the third i20 as Breen. Actually, just two people did: Hayden Paddon and Mads Ostberg. My money was on Paddon because of his familiarity with the team and the machine as much as his speed and familiarity with Finland. 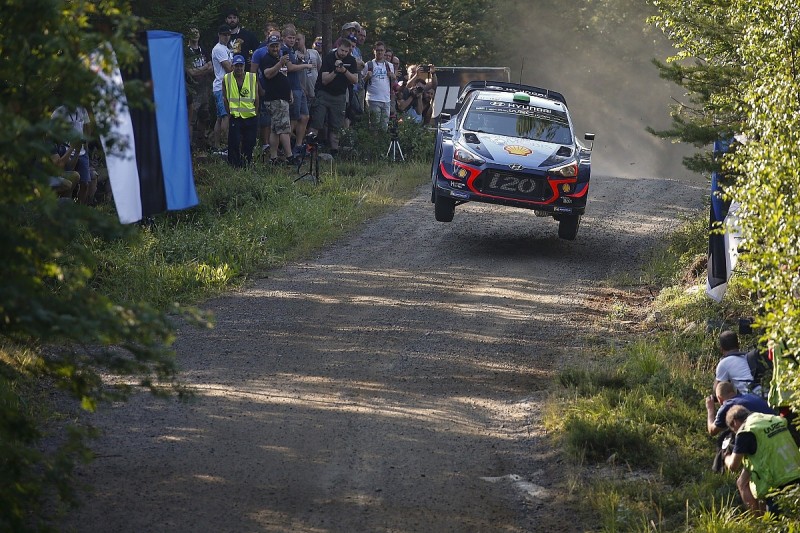 There were talks late last year over a single-rally deal for Paddon in Finland. The deal never came to fruition and certainly Paddon says it didn't reach a point where he turned a formal offer from his former employer down.

And Breen certainly wasn't about to pass over a golden opportunity. The former Citroen man has shown consistent and persistent pace on roads in Finland that couldn't be more different to those on which he was born and brought up on in Ireland.

Finland, we're always told, is the most technically complicated rally for any non-Scandinavian driver to learn. That's why, a decade ago this year, Breen packed up his Group N Fiesta and headed north. To learn. And now we see the benefit of that schooling trip to Rally Finland 2009.

He won his class on his debut in Jyvaskyla and two years later, came within 2.6 seconds of winning the WRC Academy round there as well.

But Finland 2012 was the event that defined Breen's tenacity. Just weeks after losing his co-driver and best mate Gareth Roberts in that horrible Targa Florio crash, he was back in the car and competing at the fastest rally of them all. 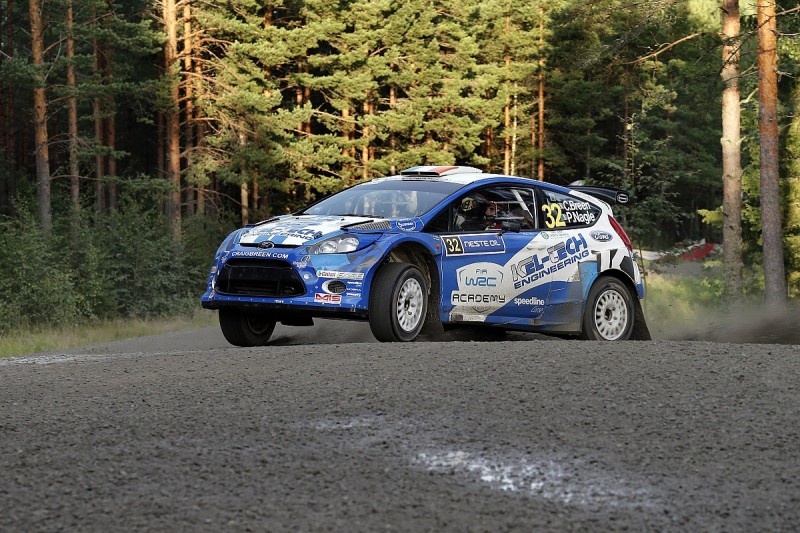 Impressing mightily in a Ford Fiesta S2000, he'd got the better of the highly rated Proton driver P-G Andersson and was a couple of stages away from the biggest class win of his life. Then he overcooked his entrance to Kakaristo and rolled his Ford end over end and out of the Ouninpohja stage.

Time and again we've seen Finland get the better of drivers under such circumstances. Not this time.

There were a couple of lean years when a snotter of a Peugeot let him down and he succumbed to a back injury after landing a private Ford Fiesta RS WRC heavily on Myhinpaa.

But then came 2016 and a superb run to the podium, in which Breen edged the Hyundais of Thierry Neuville and Paddon by 4.6s and 6.9s respectively. 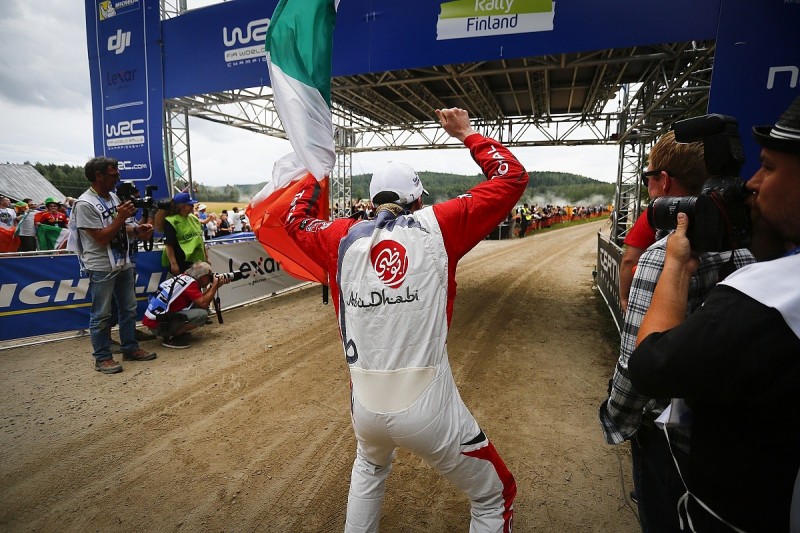 But that, to my mind, only serves to brighten the result the Waterford driver got in Finland 12 months on. In a C3 WRC delivering anything but the kind of balance the DS 3 had brought, Breen found speed and belief above and beyond what Meeke could achieve that weekend.

With the team in disarray and the car all over the place, Breen finished fifth, but closer to the lead than he had been a year earlier.

What we should also consider here, of course, is the state of Hyundai's i20. How good will it be in Finland this year? It's been woeful - in both the original version and the 2017 generation form - for the last five years.

There's talk of improved aerodynamics at the car's front end and work to improve the suspension travel, both of which are desperately needed to avoid the understeer and lack of performance the drivers have complained about year on year in Jyvaskyla. 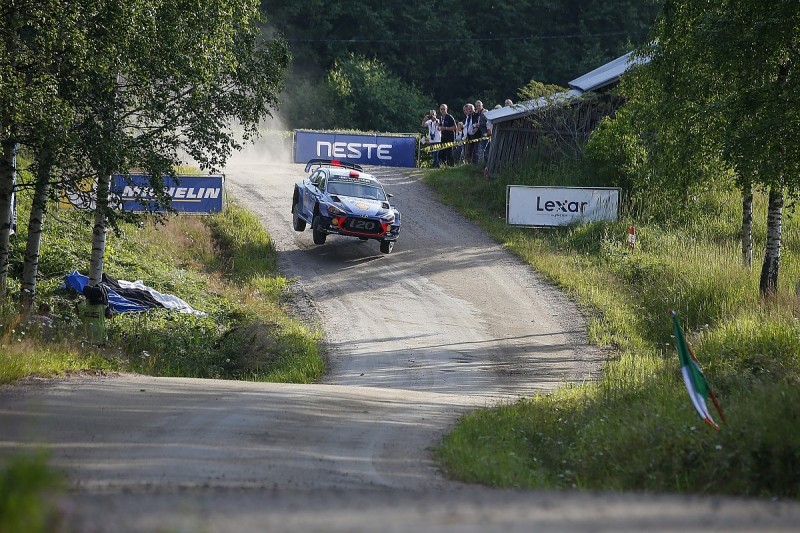 The car's lack of performance isn't the complete reason opportunity has come knocking for Breen, though.

Sebastien Loeb and Dani Sordo have never been comfortable in Finland during their time at Hyundai. Despite the roads having more consistent grip than most gravel rallies, Sordo's never fallen for the high speed jumps and it's the same story for Loeb.

Yes, he's a three-time winner, but neither results were ones he particularly enjoyed. Winning in Finland involved too much risk for Loeb and, put simply, he's no longer willing to take those risks when there's a good beach to be enjoyed.

What's coming for Breen and co-driver Paul Nagle this time is a one-off ride on the one they all want to win. They'll have enough time in the car to get comfortable, but probably not enough comfort to take it to the edge.

The next step for Breen is to find speed enough to demonstrate his worth beyond the end of Rally Finland, but enough balance to deliver the result Adamo wants.

Manage both and the emotion will take care of the rest. 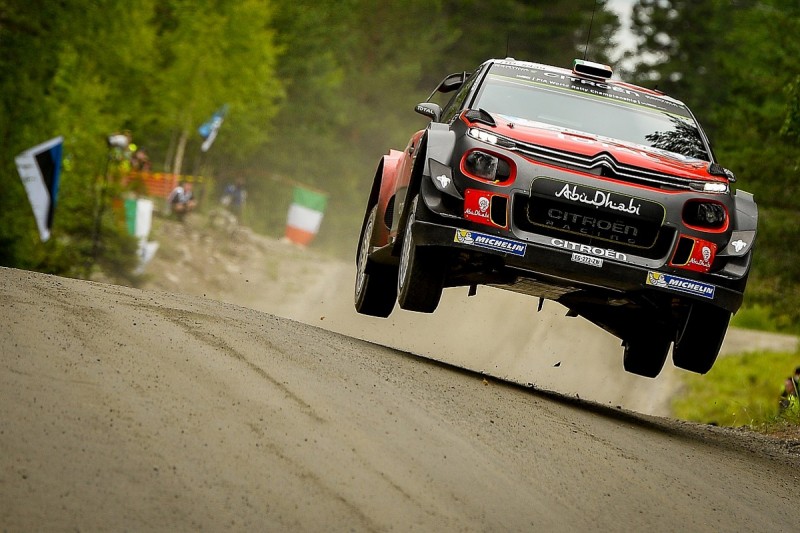