The WRC service park's expectations for the new Tommi Makinen-run Toyota programme were low prior to the start of the 2017 season, but Latvala took the Yaris to second in Monte Carlo before winning in Sweden.

That result was Toyota's first WRC win since Rally China in 1999, the final year of its last works effort.

VW refugee Latvala joined Toyota in the first week of December 2016, just as it was finalising its homologation specification for key parts.

"If I had come to the team two weeks later then I wouldn't be winning," Latvala told Autosport.

"We had a lot of homologation details which were being sorted out, but I had this time of 14 days to give my input and to get things done.

"I was working on gear ratios and the differential set-up, these were the key parts we changed to make the car [better]. And we did it in time." 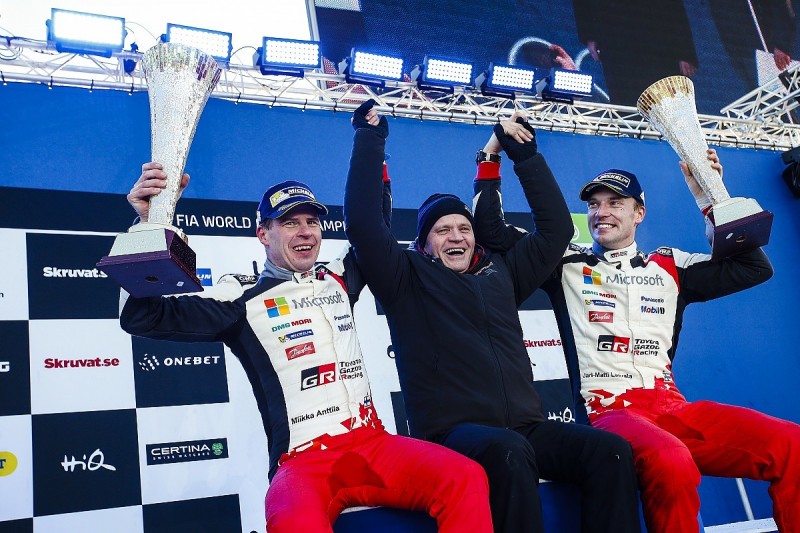 Latvala said the knowledge he brought from his four years at VW had been crucial.

"I could feel there was a lot of potential when I drove the car in the first tests, but still the base set-ups were a bit far away from where I wanted and the mappings were not exactly correct," he said.

"But I tried to bring that performance input that I have learned from the Polo, to use that information to help to develop the car.

"The guys reacted very, very quickly with an excellent job.