Tanak dominated in Argentina last week, winning 10 of the first 12 full-length gravel stages to come from ninth to the lead and then pull away.

He admitted turning down his performance in the second half of the rally, and still won by 37.7 seconds.

While runner-up Thierry Neuville was pleased that Hyundai had taken a step forward since the previous round in Corsica, he was concerned at the Toyota's Argentina speed.

"I'm not happy that for the first two days we were not able to set a fastest time, even when I was pushing hard," he said.

"They have made a step to improve and they are strong. This is embarrassing for us."

Another of Toyota's rivals said the Yaris's engine performance was a particular worry.

"We studied the data at the last round in Corsica," said the source. "Have you seen how much those things are taking between the corners?

"That engine is so strong anyway and now they're coming with more." 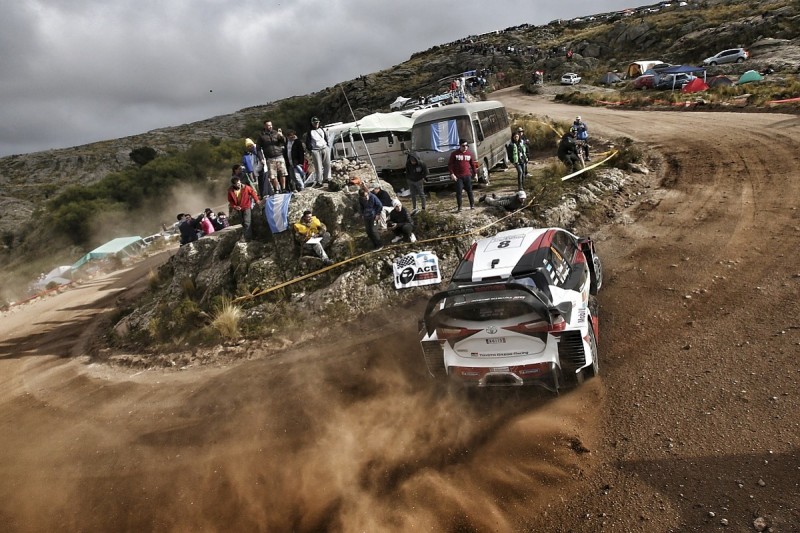 Toyota team principal Tommi Makinen confirmed the Yaris WRC's engine is the next area of focus, with an upgraded unit from TMG already in the car and testing for the season's fastest rally in Finland in July.

"They are giving us more torque. I don't have numbers. At the top end of the engine in terms of power is there any more? I don't know," said Makinen.

"But it will make the engine a little bit easier to drive."

Toyota's technical director Tom Fowler underlined that the update was "about driveability".

"We're still working through the new parts for the engine that will be put forward for the homologation joker," he said.

"The target has been to make a less peaky engine, but at the same time we want to keep the same top-end power - anything that loses power isn't acceptable.

"But we want to widen the driveability. That's what we're aiming at; we will have the same top-end in Finland, but there will be a wider torque band."

Tanak did not make a single set-up change during Argentina, saying he found the sweet spot in pre-event testing in Sardinia and "really felt so comfortable with the car".

He added: "We can really do something with this car and with all of the team behind me and working with me, it's really nice. Everything is looking good."