Tanak led Sardinian event by nearly half a minute going onto the final stage and looked set to collect a fourth win of the season and third in a row.

Instead, he suffered a heartbreaking final-stage failure that left him fifth at the finish.

Tanak's Yaris WRC was not the first to suffer steering problems in Italy, with team-mate Jari-Matti Latvala forced off the road on Friday when his steering locked solid.

"It Looks like Jari-Matti [pictured below] and Ott have had the same issue," Fowler told Autosport.

"It's not something we have seen before.

"All we know is that the components that came to this rally were all from the same group and all sealed here together.

"So we've had something happen in that batch that doesn't seem to be correct." 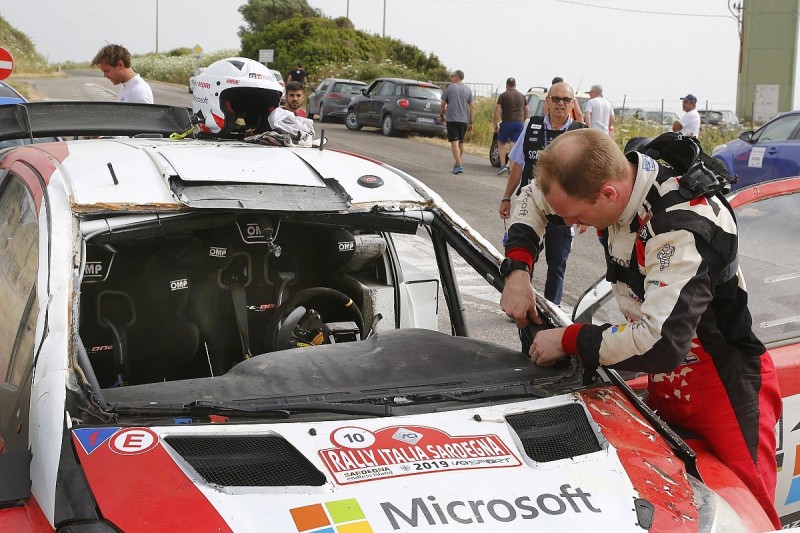 Fowler and his team will investigate the steering problem as soon as the car arrives back in Estonia.

"We've got [to look at] the complete system, so it's hard to know what it could be," he said.

"We will go away and investigate, but today it's difficult to say what it is. We need to check everything, but the feedback from the driver is the same."

Fowler added that he did not think it was heat related - despite some of the hottest conditions in recent years being experienced in Italy.

"We've run in conditions as hot and demanding as this before," he said.

"From the timing, it looks like a batch-related thing. The parts are brought in as an assembly and put into the car."

But with title rivals Thierry Neuville and Sebastien Ogier enduring tough weekends, Tanak's fifth place was still enough to move him into the WRC points lead.