Latvala admitted he thought the win had escaped the 21-year-old after witnessing a rally long lead evaporate when a sudden downpour caught out the team with its tyre choice on the penultimate stage.

Rovanpera was helpless to avoid losing a 28.4s margin to Hyundai’s Ott Tanak, who was helped by a superior tyre package [two softs and two wets] compared to the two hards and two wets that were fitted to Rovanpera’s Toyota GR Yaris.

Despite the tyre deficit, championship leader Rovanpera managed to overhaul Tanak’s 1.4s lead on the final power stage to win the rally by 4.3s, taking an eighth stage win in the process.

Latvala had already described Rovanpera’s six stage wins from eight Friday tests in tricky wet conditions as his driver’s best performance to date in a WRC car, but was left stunned by his drive in a final stage thriller.

“He is a miracle kid I can tell you," Latvala told Autosport.

“It was an amazing performance. I did not think he could win the stage and the rally. On paper we were sure Tanak had better tyres and he was going to win, but I don’t know where he pulled that speed and that attack from. I have no words to describe the drive that he did."

Rovanpera declared the weekend the toughest of his career to date but was not prepared to give up on the win despite the odds being stacked against him in the final stage.

The Finn had already fought back from losing 54.5s of his 1m23s lead over Tanak, after picking up a front left puncture in the wet on Saturday’s Stage 11.

The victory also arrives after crashing out on the opening stage at this event 12 month ago that limited his experience of the roads coming into this year’s rally. 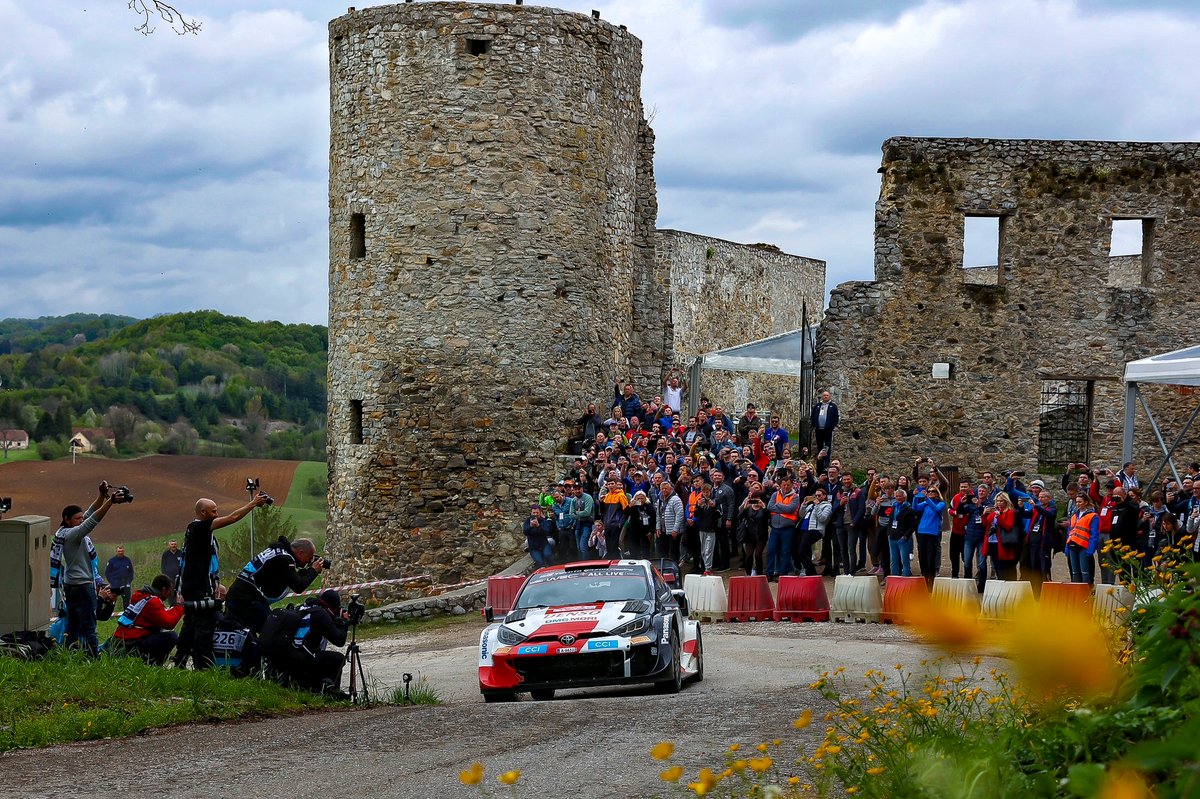 “I think this is one of the toughest weekends for sure, it was really tough conditions and everyone had issues,” Rovanpera told Autosport.

“We had the puncture yesterday and today we lost a lot of time with the tyre choice. To be driving to the last corner flat out, it was nice to win.

“When I saw the pictures from the power stage, how muddy it was and knowing that Ott had the soft tyres, I was pretty sure it was going to be difficult to match him, but I decided to try anyway because you always need to try."

Rovanpera’s second victory from three rallies this year, following his success on the snow in Sweden in February, has created a commanding 29 point lead over Hyundai’s Thierry Neuville, who finished third in Croatia.

It also ensured that four-time WRC winner has now won an event on snow, gravel and tarmac. Following this latest triumph, Latvala believes Rovanpera is now a title contender.

“This really shows for me now that he is a real contender now in the World Rally Championship," Latvala added. "He has been growing so quickly that already this year he is the man to fight in the championship.

“When I was at his age nobody was on the level like he is.”