The fast-tracking of 16-year-old Rovanpera's career has been made easier by the Finnish government granting him a waiver to take his driving test a year early, which he will take aged 17 on October 1.

Passing that would allow him to contest a greater variety of events in 2018, although Rovanpera - who is expected to compete on Wales Rally GB later this year - would still be bound by local regulations in certain countries.

He cannot, for example, compete on the Monte Carlo Rally, because the minimum age for driving on the road is 18.

Rovanpera has no confirmed programme in place for select WRC events next year, but is tipped to compete in Mexico, Argentina, Finland, Britain and Australia.

Any BRC campaign also remains unannounced, but his manager Timo Jouhki - who has also looked after the likes of Rovanpera's father Harri, Tommi Makinen and Jari-Matti Latvala - has pushed the idea of competing in the BRC.

"The British Rally Championship would be good," Jouhki told Autosport.

"There are some collisions for the dates [with WRC rounds] we have seen this year, so we would need to see how they [the two calendars] fit, but it would be very useful to do the BRC around the world championship rallies we have planned for Kalle.

"The BRC is a good place for the education in rallying.

"It's a bit the same with the Italian championship [in which Rovanpera is currently competing], there are many different surfaces and different types of events - and, of course, in the UK you are driving in lots of different [weather] conditions as well. It makes sense." 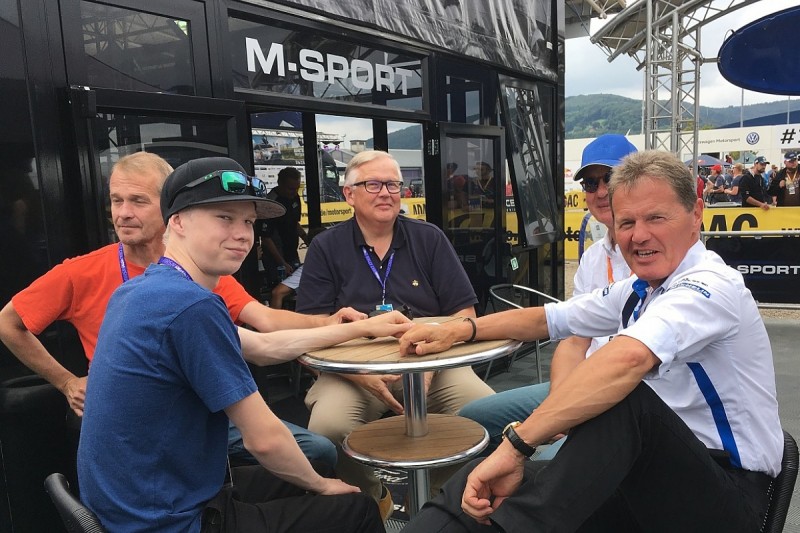 It has not yet been decided which car Rovanpera will drive next season, but Jouhki has historically enjoyed close ties with British squad M-Sport.

M-Sport managing director Malcolm Wilson said he would relish the chance to see Rovanpera in one of his cars.

"We've talked about a few things with Kalle and Timo and Harri, but nothing is done.

"There are different options, but a BRC programme would be a good plan with the world rounds mentioned."