Oliver Solberg will leave Hyundai Motorsport at the end of the 2022 World Rally Championship, the team has announced.

Solberg, the son of 2003 world champion Petter, started his association with Hyundai in 2021 when he initially signed a two-year deal, with the Swede set to contest a full WRC2 programme.

However, Solberg was unexpectedly offered a full WRC debut behind the wheel of the I20 WRC at Arctic Rally Finland, which resulted in a seventh-place finish. Outings in Kenya, Spain and the season-ending Rally Monza followed.

For 2022 Solberg made a step up to the WRC, sharing the third entry with Dani Sordo. Solberg has contested eight events so far this season, recording a career-best result of fourth at Ypres Rally Belgium in August.

He followed up with a fifth at Rally New Zealand last weekend which is set to be his last Rally1 outing with the team. Sordo is set to take over the car for the final two rounds in Spain later this month, and then Japan in November, where Solberg is due to attend to complete the recce.

Speaking to Autosport prior to Rally New Zealand, the 21-year-old had been hopeful of remaining with the team next year, before today's announcement.

However, Hyundai has elected to field a more experienced driver line-up for 2023 for its three cars, resulting in Solberg's exit.

"Obviously I'm disappointed about the situation, but I have to respect the team's decision and its new plan to go ahead with three cars and only experienced drivers in its driver line-up," said Solberg.

"It's been very nice of them to have been open with me during this process. I know it wasn't an easy call for them to make since the plan has changed.

"I remain grateful for this first opportunity that they have offered me in the WRC. We knew that this season would be one of learning, of which we have done a lot, and it will undoubtedly be valuable experience for me in the next stage of my career.

"I will remain committed in my duties to the team for the rest of the year and send my thanks to everyone at Alzenau and on the rallies for their support. We will be ending this chapter on good terms, and I'll always wish them well." 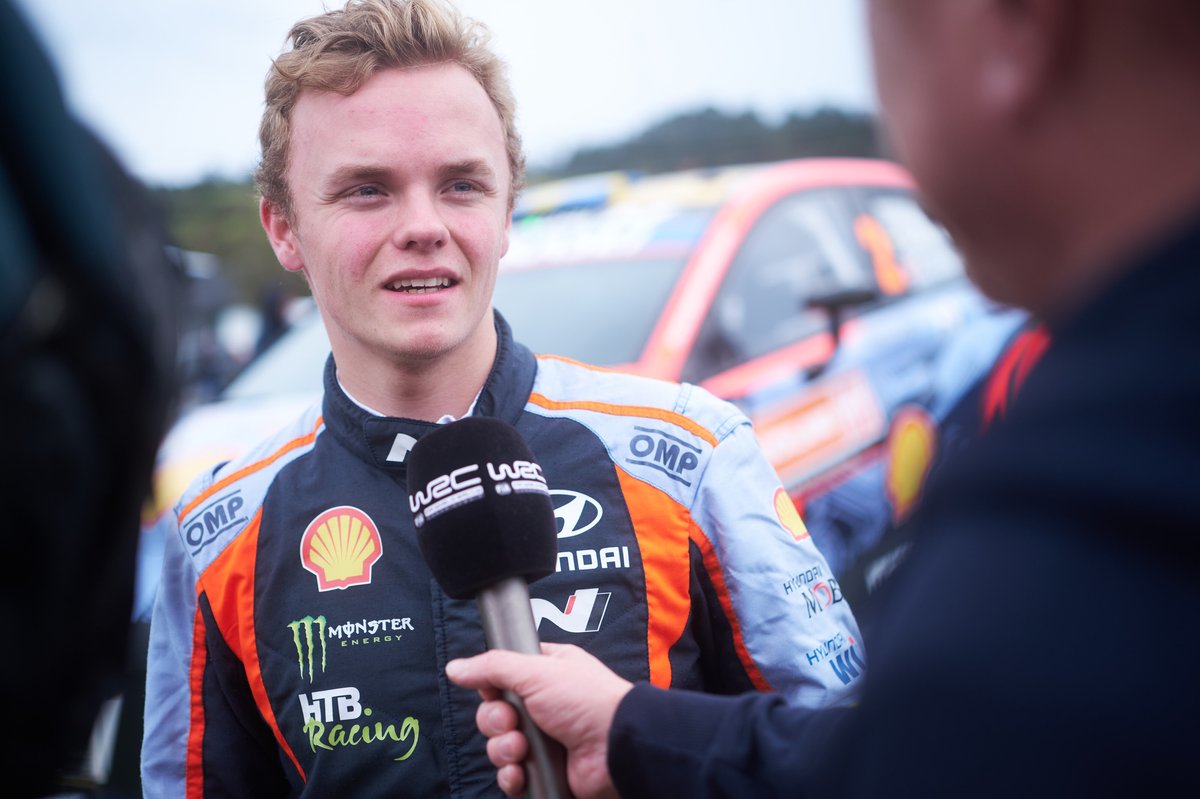 Hyundai deputy team director Julien Moncet added: "Oliver has been a great asset to our team this season, showing himself to be resilient and eager to learn.

"However, we have seen the benefits of having an experienced and consistent crew at the wheel of our car. This will be our focus for our 2023 line-up.

"Oliver will remain with us until the end of the year, joining for the pre-event recce in Japan, as well as other activities.

"We wish him the very best for the future. In the World Rally Championship, you never know when paths may cross again. We end this particular phase of the relationship on good terms and know that Oliver will find the right next step for his career."

The make-up of Hyundai's 2023 driver line-up remains unclear at this stage with both Thierry Neuville and Ott Tanak contracted for next year.

However, Tanak has hinted that he could leave the team at the end of the year, and even step away from the WRC completely next season.

According to Autosport's Italian sister publication, Andreas Mikkelsen has emerged as a likely candidate to join the team next year having previously driven for Hyundai from 2017-2019.

The Norwegian has been competing in WRC2 since losing his top-flight seat with Hyundai at the end of 2019.