The WRC champion had hoped to deliver news of his 2018 plans at this week's Rally Australia, but Autosport understands any firm direction is unlikely to be decided before series personnel return to Europe.

Ogier is understood to have ruled Citroen out, and is choosing between remaining at M-Sport and retiring from rallying altogether.

Asked about the timing of an announcement of his future, Ogier replied: "I don't remember the rally when I said it's coming soon, but it was a long time ago. I don't dare to say anything about the date.

"In one month the Monte entry list is closed and you will know if I'm on the list."

M-Sport team principal Malcolm Wilson said he was making progress in meeting Ogier's wage demand for next season, but reiterated that he could not and would not make any financial moves that might jeopardise the team or his company.

One source close to the two parties said: "You'd have to say right now that Seb must be looking to continue next season, otherwise why would he allow Malcolm to keep chasing the deal?"

Ogier underlined that he wanted to know his future as soon as possible.

"Honestly, I am not playing a game," he said.

"I don't like to be in this situation and not able to tell you what is happening. 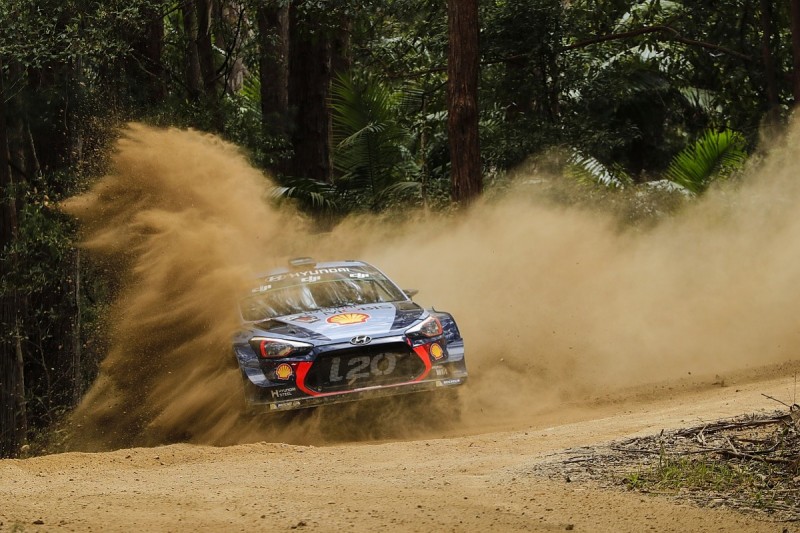 Neuville missed the start of shakedown, stopping on the road section out of Coffs Harbour with an oil leak ultimately diagnosed as a problem with the crank trigger.

The car was towed back to service where the issue was resolved, allowing Neuville time for three runs at the three-mile stage.

On the last of those three runs, Neuville went half a second faster than Rally GB winner Elfyn Evans in second place.

Neuville is 14 points clear of Ott Tanak in the battle for second in the championship going into this weekend.

Evans's time was equalled by Citroen driver Stephane Lefebvre, who admitted he was surprised at his pace after a long break from gravel event.

"It was not so easy in the first run," said Lefebvre, whose last full gravel rally in a C3 WRC was Poland in July.

"But I drove carefully and I tried to be neat and keep the car straight and this is how we made the time."

Ogier was slowest of the World Rally Cars but not concerned.

"We have seen from the times that the road is getting faster and faster," he said. "We only did three runs, I'm happy with that."