Toyota’s Kalle Rovanpera labelled his latest World Rally Championship victory at Safari Rally Kenya as the “hardest" of his career to date.

The 21-year-old produced an almost perfect drive in arguably the toughest stages the WRC encounters across its 13-round championship.

Rovanpera and co-driver Jonne Halttunen completed the 19 stages with a 52.8s margin over team-mate Elfyn Evans, while Toyota locked out the top four positions, with Takamoto Katsuta third and Sebastien Ogier fourth.

A fourth win from six rounds came despite starting first on the notoriously difficult roads that feature sections of deep fesh-fesh sand that require careful navigation.

“I have to say, this was the hardest rally I have ever done and to be honest we just have to thank the team,” said Rovanpera.

“Of course it [the win] is quite important because it is a special event. You know, if you manage to win it, it is quite nice and for Toyota it has been an important race.

“I think it is the toughest because of how much you have to concentrate and manage the car to keep it moving over the fesh-fesh sand, there are so many situations where normally you don’t need to take care.

“Normally all you have to worry about is driving fast, but here you have to manage to get through.” 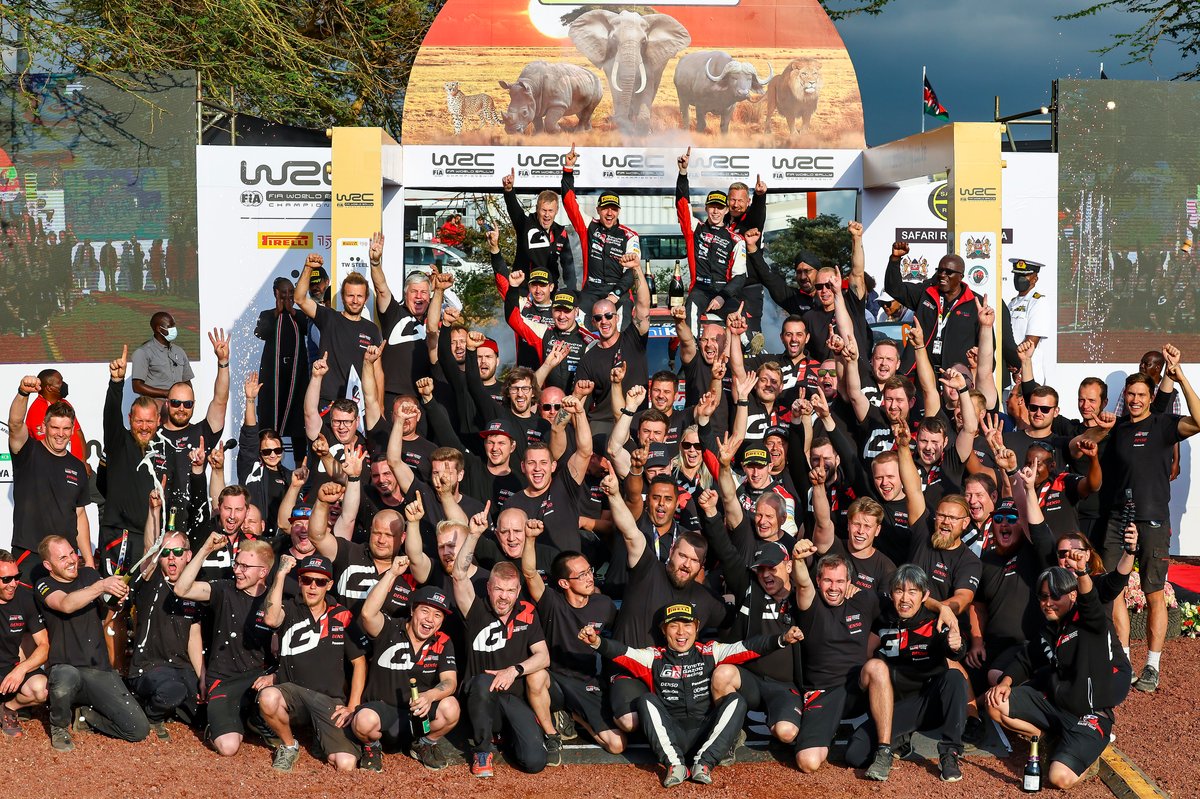 The victory arrived despite Rovanpera feeling unwell on Saturday morning, just hours before stamping his authority on the event by mastering wet and muddy conditions after a sudden downpour.

“I don’t know [what happened] but midday yesterday I had a feeling where I had no energy," he added. "I heard that quite a few people in the service park had the same and sometimes when you come to a country like this, you can have some issues, but it was good that I felt a bit better today.”

While Rovanpera moved into a commanding 65-point championship lead over Hyundai’s Thierry Neuville, the result marked the first time Toyota scored a 1-2-3-4 in WRC since the 1993 Safari Rally.

After failing to land a podium in the previous round in Sardinia, Toyota WRC boss Jari-Matti Latvala was extremely proud of the work his team put in, especially after an engine scare following Wednesday’s shakedown.

“It was 29 years ago the last time [Toyota scored a 1-2-3-4] in Safari so if that happens after every 30 years it is a very rare situation. For sure, I can be really proud of the team and the drivers, the work they have done is really amazing,” said Latvala.

“The drivers were driving exactly the way this kind of rally need to be driven. It is not the fastest but the smartest way.

“I think it is just the work that we have done. I can tell you after shakedown the drivers came back and had a feeling that the engines were quite hot and we were a little bit scared after the shakedown, but all the work the team did paid off.