Robert Kubica says rallying remains very much on his radar for next season, despite a troubled World Rally Car debut on Rally GB

The 28-year-old crashed his factory Citroen DS3 WRC off the road twice in Wales and only managed to complete four stages.

Despite that baptism of fire, Kubica remains in discussions with both M-Sport and Citroen about next season.

"I said before this rally started that it would not affect my decision for next season and it doesn't," said Kubica.

"I have to think about next year and what happened in Wales was disappointing, but it doesn't make a difference [to whether I stay in rallying or not]."

He admitted that the loss of miles in a top-class factory car was frustrating.

"All year I raced with no targets, just to discover the rallies, but on Rally GB I put myself the target of discovering as many kilometres as possible and now I have the smallest number of kilometres from a rally in my career!" Kubica said.

The Pole admitted the tricky Welsh conditions were difficult, but it was the switch of co-driver that caused him the most upset on what should have been a landmark moment in his short rally career.

Kubica's regular co-driver Maciek Baran decided not to compete in Wales and when the 2008 Canadian Grand Prix winner could not find another Polish navigator, he took Italian Michele Ferrara.

Although Kubica speaks Italian fluently, he said the language switch made the rally very difficult. His second crash of the weekend was due to a misunderstanding in the notes.

"When you have very little time to know each other and everything comes at the last moment, you know it can be the a risk - but I tried not to think about it," he said. 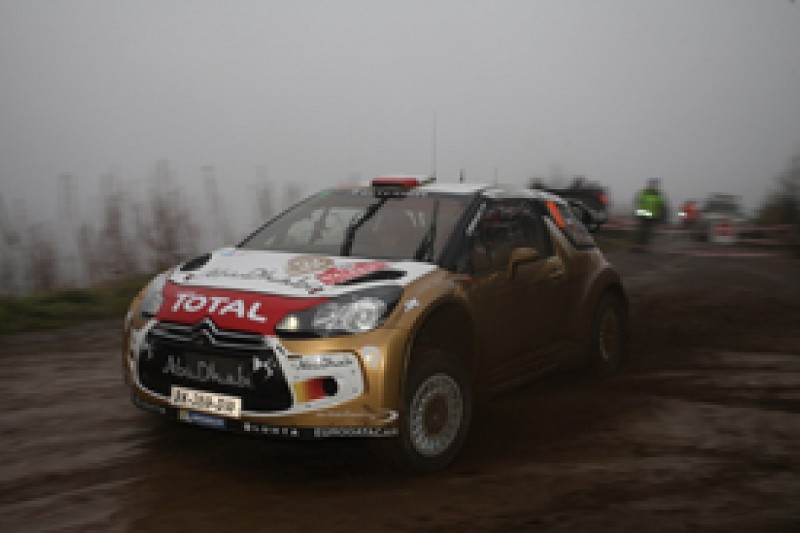 "If you ask me for an expression about how I felt when I knew [about Baran's decision to quit], I was quite scared.

"I said to Maciek that if I continue in rallying then we have to commit to a minimum of three years. But it turned out in 10 months or less his decision was different and it put me in a really difficult situation.

"I don't want to blame this situation, but it didn't help with my debut in the World Rally Car.

"Together, Michele and I had a lot of very hard work. But I am happy with his approach. It wasn't easy, we put a lot of effort in to simplify things [in the notes], but we were not paid back with the best of luck."

Rally GB: A victim of its own success